Must Do Experiences At Disney World's Animal Kingdom Park 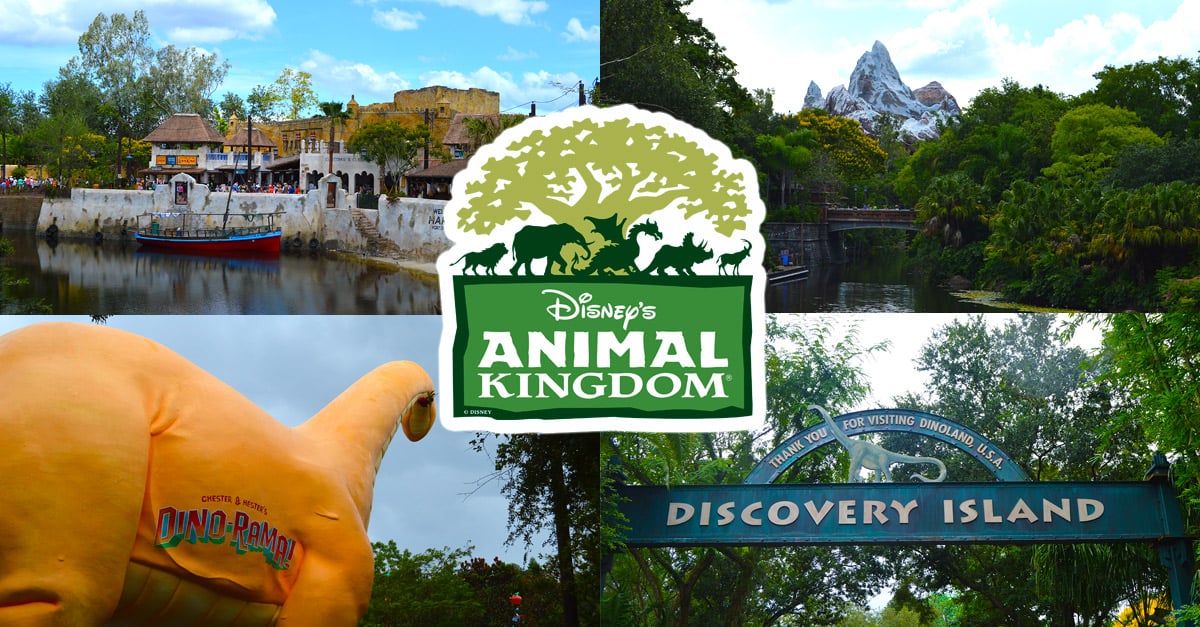 Disney’s Animal Kingdom Park is by far the largest of all four of the Walt Disney World Parks, spanning a grand total of 580 acres. It also happens to be biggest animal-themed park in the world and is home to more than 1,700 animals from among some 250 diverse species. With that being said, it is also home to numerous onsite attractions of all kinds, ranging from a host of rides, shows, restaurants, and even opportunities for live animal encounters. It goes without saying that this place makes for a versatile visit with plenty to enjoy. So here’s our ultimate list of 15 great things you simply must do while making your way through Disney’s Animal Kingdom Park.

If hiking at your own pace to see animals is something you thoroughly enjoy, then the Maharajah Jungle Trek and Gorilla Falls Exploration Trail are two other great pursuits we highly recommend. The first takes you to Southeast Asia into the mystical Anandapur Royal Forest. Legend states that this tropical haven was once site to an old hunting ground for wealthy maharajahs. Now it stands as a tranquil sanctuary and preserve that is home to an abundance of wild animals, some of which include the Malayan flying fox, Asian tiger, Komodo dragon, gibbons, water buffalo, Eld’s deer, blackbuck, and over 50 different kinds of birds. You can see them all, and more, by navigating the jungle trek trail through swaying trees, over footbridges, and through many other scenic spots along the way. The Gorilla Falls Exploration Trail leads you to the wilds of the Pangani Forest in Africa where you will encounter many different species of animals. From dense vegetative forests to open savannas, the journey covers many paths along the way as you encounter a host of creatures all of which thrive in these plentiful habitat settings. This includes gorillas, of course but also a wide range of other creatures as well.

Get ready for some fishy fun and premium puppetry with these ongoing 40-minute live musical stage performances, taking place at select times throughout the day. Finding Nemo—The Musical brings to life the same heartwarming story from the hit Disney·Pixarfilm Finding Nemo, done up in a collaboration of puppetry work, cleverly-concealed (but ever-present) onstage puppeteers, and all the musical numbers you know so well from the movie, in addition to a couple of new originals. You will be submerged in a sea of stellar underwater effects, awe-inspiring props and scenery, and even some larger-than-life puppets. So come out and enjoy all the greatness of the Great Barrier Reef done Nemo-style with Finding Nemo—The Musical.

By now most people are already familiar with the Animal Kingdom’s Kilimanjaro Safaris attraction, which spans a lush 110 acres of land and takes guests on a close-encounter ride-through with resident animals via large open-view safari vehicles. But more recently, with the extension of evening hours at the park, Kilimanjaro Safaris has started offering a whole new spin on this already stellar attraction—Nocturnal Encounters, the new Nighttime Safari.. Here’s your chance to experience an old familiar favorite from a whole other perspective, observing the nighttime and nocturnal habits of the residents you already know and love so well. It may be darker, but thanks to carefully placed lighting in conjunction to the setting sun and changing moonlight, visitors can still catch glimpses of their favorites with full assurance that these creatures are not disturbed from their natural routines.. As always, animal encounters span a host of diverse species including, but in no way limited to: elephants, rhinos, lions, antelopes, crocodiles, giraffes, cheetahs, flamingoes, hippos, warthogs, ostriches, wildebeest, and plenty of others. So even if you have already done Kilimanjaro Safaris by day, you simply must experience it under the cover of night!

4. Festival of the Lion King

As one of Disney World’s best continuously running live-action stunt and performance shows for two decades, Festival of the Lion King delivers the ultimate “Hakuna Matata” celebration. It’s not a retelling of the story you know and love, but rather an original Lion King-inspired revue show that features stunning musical numbers and elaborate dance feats, outstanding acrobatic performances, jaw-dropping stunts, in-house visual effects, and animal puppetry. It’s presented to you in a round enclosed theater with seating divided into four animal sections—Elephant, Warthog, Giraffe, and Lion. Each section is represented respectively by large puppet float likenesses of each specific animal, all of which even interact with audiences.. The show’s four main singers lead in the overall caliber of this savanna-style tribal celebration, with highlights that include very agile acrobatic Tumble Monkeys, blazing fire and knife wonders, and so much more. With colorful costumes, well-loved music, and swinging spectacles, this show is a boisterous must-do for all ages..