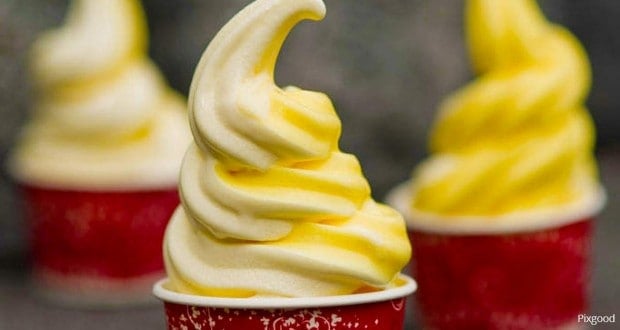 By now you probably already know that Disney World Resort offers an abundance of signature exclusives across the board and in every category. On that note, Disney’s delectable dining options have been deemed impeccable by scores of visitors throughout the years. Known for their wide range of versatile offerings and, yes—the many signature epicurean exclusives, Disney doesn’t disappoint in it’s food options! There are plenty of palette pleasers to enjoy. The various parks are known for their specialty offerings. Word of mouth has quickly spread the love of Dole Whip throughout the Disney fandom. But what other amazing Disney delectables have you been missing out on? Here’s a compilation of uniquely magical foods you can’t pass up.

They say that breakfast is the most important meal of the day, so why not start it off with a little Mickey magic? Mickey Mouse waffles are a signature classic that many vacationers seek out for their number one choice in breakfast. Best of all, these mousy morsels are available on a widespread basis throughout the various parks and onsite resorts, so it isn’t hard to find them. You’ll find Mickey waffles offered in a variety of sizes (including jumbo versions at some locations) and even multigrain versions. Some places even offer specialty waffle features like strawberry waffles with whipped cream, chocolate lovers’ versions, and the popular Bananas Foster variety.

2. Toast with a Twist

Perhaps you want some toast to go along with those waffles? At Disney’s Polynesian Village Resort you’ll not only find your ordinary everyday side order of toast, but their highly acclaimed sought-after Tonga Toast. This dish stands as a house exclusive you won’t find at any other Disney resort hotel. Served at both Kona Café as well as at Captain Cook’s, anyone who loves French toast will love this breakfast entrée of thickly sliced sourdough bread richly prepared in egg batter. Both onsite offerings come with various side options depending on where you get it, but the generous portions you will be served at both locations makes Tonga Toast a classic hit that can stand on its own.

You probably didn’t expect to get your pizza filling at breakfast of all meals, but Chef Mickey’s at Disney’s Contemporary Resort dishes up a uniquely magical concoction of such you just can’t pass up. An infusion of creamy eggs and cheeses baked together on a pizza crust is really what sets this delectable delight into motion. Hailed as a house favorite for diners of all ages, the popular breakfast pizza is a featured highlight at restaurant’s daily breakfast buffet setup.

While you’re still on the grounds at the Polynesian or perhaps across the lagoon enjoying the Magic Kingdom, you really can’t pass up an opportunity to try a delightful Dole Whip. This famed favorite, exclusive to Disney parks, has been the preferred refreshment since its inception back in 1986. This pineapple-flavored soft-serve concoction can be eaten with a spoon or blended with juice in the form of a drinkable float. As another tasty tropical alternative there is also the widely acclaimed soft-serve Citrus Swirl to check out.

So, what exactly is “the grey stuff” Lumiere references in Beauty and the Beast? Disney dishes up the answer at the Magic Kingdom’s Be Our Guest restaurant. It’s a scrumptious cookies and cream whipped dessert originally presented as a panna cotta, but is now more mousse-like in texture after slight recipe alterations. Also, rather than being served as a specialty item available exclusively to those celebrating a special occasion, it’s now a regular fixing on the menu, offered as a cupcake toping for the decadently delightful Master’s Cupcake.

6. The Greatness of Grapefruit

You more than likely wouldn’t consider grapefruit a conventional dessert pairing (and a delicious one at that) but that’s just what you’ll find at the Brown Derby at Disney’s Hollywood Studios. This unique concoction was originally a house exclusive invented by a chef at one of the original Brown Derby restaurants in California. At the request of a noted patron/columnist that the restaurant offer a healthier dessert—something with grapefruit in it to add a “slimming” effect, the owner gave the chef directions to put together something with grapefruit in it. So was born this famed favorite. Laden with multiple layers of cream cheese frosting, the dessert didn’t quite hit the mark on being “healthier” per se, but it did go on to become an exclusive house hit. And now Disney carries on the magic with its own grapefruit cake offered at its own Brown Derby Restaurant.

Nutella waffle fruit sandwiches have become all the rage with visitors to the Magic Kingdom in recent years, so much so, they are now counted amongst of the most popular quick eats the park has to offer. This savory sandwich comes served with hearty loads of delicious fresh bananas and berries and a rich smattering of Nutella hazelnut spread, all tucked into a generously portioned Belgian waffle. Great for a filling shareable snack, you can find this fruity favorite served at Sleepy Hollow Refreshments.

When Disney chefs came up with an idea to create a unique, non-alcohol concoction the result was the Red’s Apple Freeze—an original new craft that made its premier at Disneyland’s Cars Land. The recipe was also brought to Disney World with the opening of Gaston’s Tavern in Fantasyland and dubbed “LeFou’s Brew” after Gaston’s faithful sidekick. A signature house specialty, this frozen slush combines no-sugar-added apple juice with a touch of toasted marshmallow, topped off with frothy passion fruit-mango foam. The unique blend of different flavors fuse together to create a distinct, one-of-a-kind taste like no other.

No doubt you’ve noticed by now that Disney’s Polynesian Resort is known for a vast array of unique in-house exclusives. But you probably didn’t expect Kona’s dinner bread and butter to be counted among the signature specialties. But this isn’t your typical pre-dinner bread presentation. This highly sought-after delight comes in the form of decadent sweet bread served alongside a macadamia honey butter spread. It’s almost like having dessert before you’ve even eaten your meal!

10. Ice Cream suited for the Beach

There are two beach traditions you should always keep—building sand castles and treating yourself to some ice cream. Disney has taken both these things and combined them into a refreshing format known as the Sand Pail Sundae. Offered at both Lottawatta Lodge at Blizzard Beach and Happy Landings at Typhoon Lagoon, this frozen favorite encompasses a delightful blend of chocolate and vanilla soft-serve ice cream, pieces of cookie and waffle bits, hot fudge, caramel sauce, whipped cream, sprinkles, and a cherry. What’s more, it comes served to you in your very own souvenir keepsake sand pail!

Epcot’s World Showcase pavilions are full of international food favorites, many of which are traditional offerings of regional cuisine you wouldn’t normally find outside that particular nation. One especially popular delight with park visitors is sweet and savory School Bread. Found exclusively at the Kringla Bakeri og Kafe in the Norway Pavilion, this treat takes the form of a decadent yeasty roll laden with coconut, custard, and icing. It is known by the name “school bread” (or “Skolebrød” in Norway) because it was originally enjoyed as lunchtime sweet that children took with them to school.

A sink full of ice cream would be a dream come true for most people, and as Disney World is the place where dreams come true it shouldn’t come as a surprise that here you’ll find this very thing. The classic “Kitchen Sink” is a legendary mega sundae large enough to serve up to four people. Gorge yourself with scoops of vanilla ice cream (flavors can be substituted), toppings of hot fudge, whipped cream, and other decadence, all dished up and served to you in a Mickey Mouse pants-shaped plastic keepsake sink. This famed favorite was originally a house exclusive at Disney’s Beach Club Resort’s Beaches and Cream. But now visitors to the Magic Kingdom Park can also enjoy it at the Plaza Ice Cream Parlor on Main Street USA. There is also a smaller portioned variety of Mickey’s Kitchen Sink that’s just as good but perhaps more accommodating for smaller groups to share in.

You’ll find plenty of indulgent signature flavors at Epcot’s France Pavilion, especially when you make it a point to dine at the elegant Monsieur Paul restaurant.  Named for world-renowned Top Chef Paul Bocuse this fine establishment features many of Chef Paul’s own personal creations. One of the menu’s most popular palette pleasers is Red Snapper in Potato Scales. A truly original and unique invention, this featured entrée of fish is presented in a coated covering of potatoes, applied as fish scales. It comes served with a side of rich buttery rosemary sauce.

It might just be that the original Premium Mickey Ice Cream Bar remains the most unique magical food of all. This classic concoction of a vanilla ice cream within a hard shell coating of chocolate takes on the well-known Mickey Mouse signature ears shape. It comes served on a stick for easy portable enjoyment. As one of the most—if not the most—famed foods to enjoy in all of Walt Disney World you can rest assured that these highly enjoyable popsicles have widespread availably throughout the various parks and resorts.

From magical meals to superior snacks, Disney dishes out a host of edible enjoyments that stand out as truly one-of-a-kind signature creations. Discover for yourself these delicious recommendations along with the countless other uniquely magical foods you will find here, as the ultimate Disney experience combines both food and fun.