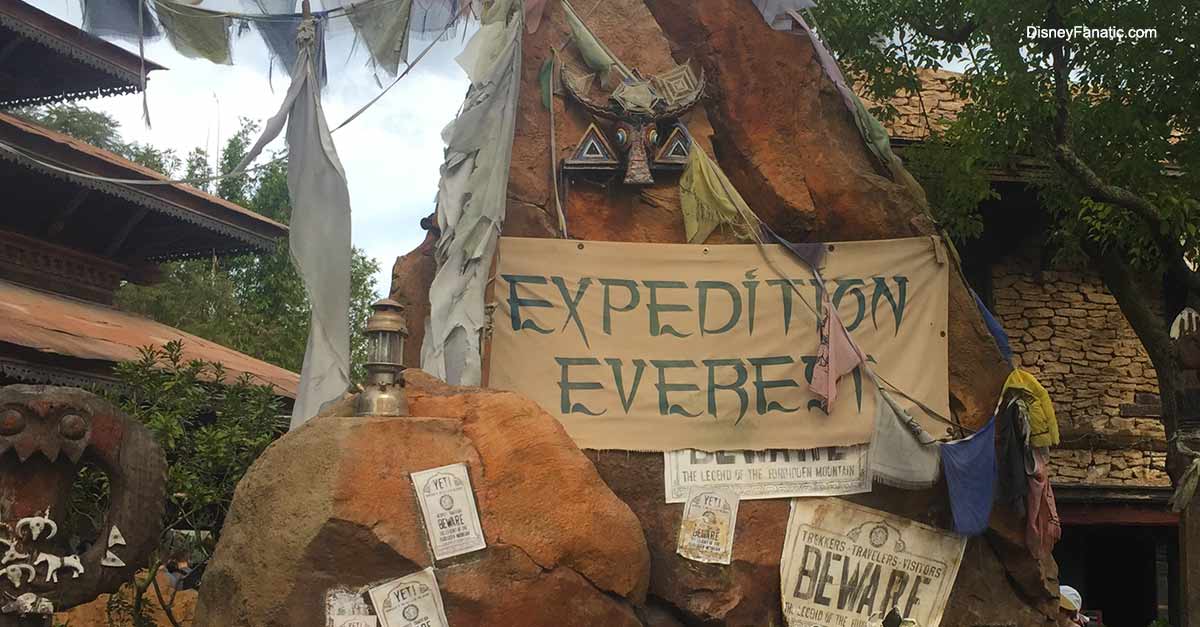 There are many things that set Disney attractions apart from those in other theme parks. One thing is a well-thought plot, complete with a detailed backstory. For Expedition Everest, the story begins long before you even enter the ride Queue. Your experience actually starts when you arrive at the village of Serka Zong, which was once home to a prosperous tea plantation with steam trains transporting the region’s tea to nearby Anandapur. But then under mysterious circumstances the tea trade ended abruptly, and various monuments were constructed that pay homage to a legendary beast, the Yeti, in hopes of keeping this guardian of the mountain pacified. Years later, Norbu and Bob came and restructured some of the remnants to suit the needs of their new operation—Himalayan Escapes: Tours and Expeditions. This is the reason you have come—to embark on a train ride adventure along the newly rerouted line, venturing around the Forbidden Mountain in what promises to be a thrilling experience…you just don’t realize how thrilling yet.