8 Disney Resorts With The Best Restaurants 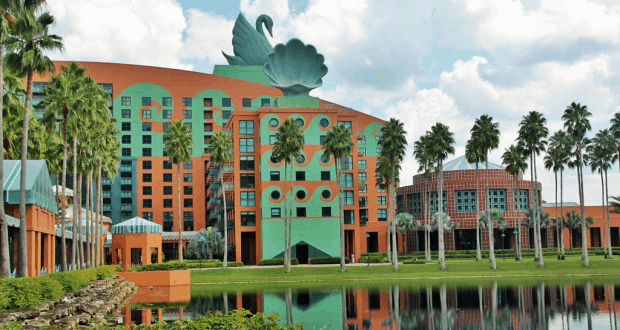 Just as Disney’s Yacht and Beach Club Resorts share in many of the same onsite amenities and experiences, the Walt Disney World Swan and Walt Disney World Dolphin hotels likewise operate jointly in many aspects. While the Swan Hotel features a large 47-foot swan statue, the Dolphin proudly displays a 56-foot dolphin likeness. Standing together along Crescent Lake within the Epcot Resort Area, neither one is actually owned by Disney but, nevertheless, both are considered Disney World Resort hotels in several respects. They even share in some of the same resort benefits as other Walt Disney World Resorts, including complimentary shuttle service to the different parks, in-room celebrations, merchandise delivery and pickup services from park to room, FastPass+, and Extra Magic Hours, to name a few.

While both hotels combine forces in recreational endeavors and onsite amenities, they also mutually share in access to resort venues. This includes a host of notable restaurants, four of which even offer signature dining. Shula’s Steakhouse at the Dolphin, for example, honors former Miami Dolphins coach Don Shula for his inspiring principles and “perfect” 1972 award-winning season. And you can expect such standards in perfection from any meal here, with juicy steak selections, including the famed Shula Cut®, as well as other delectable enticements. The setting is one of formal tables surrounded by images and décor highlighting that renowned 1972 season. The Dolphin’s other upscale favorite, Todd English’s bluezoo highlights the award-winning cuisine of renowned celebrity chef Todd English. It’s eclectic interior design and artistic décor stands out as an innovative marvel by famed architect Jeffery Beers and helps to set the mood for the cool culinary coastal concoctions found on the menu. Additionally, the restaurant is known for tender land fare fusions of beef, chicken, and other signature creations as well.

At the Swan you can enjoy stellar Italian cuisine classics inspired by the rustic kitchens of Abruzzo, Italy at Il Mulino New York Trattoria. As a refined signature dining experience, you will be treated to an enticing array of well-loved entrees, prepared using the finest ingredients. From handmade pastas, fresh land and sea selections, and even artisan crafted pizzas, you can expect the most palatable plates as well as available drink accompaniments. Kimonos, is another upscale option to be had at the Swan. Here you can enjoy award-winning Japanese cuisine and other Asian fusions of flavor including an array of soups, salads, and an extensive sushi menu. The restaurant also presents live karaoke nightly.