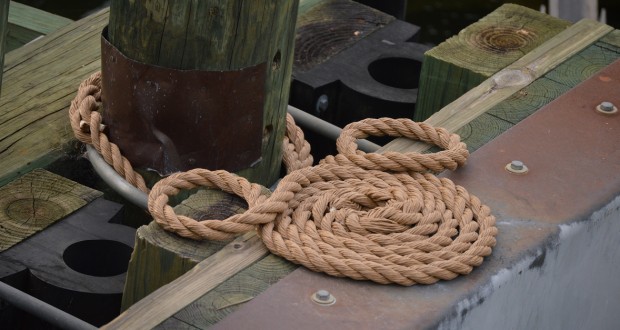 In case you didn’t know, Disney World has hidden Mickey Mouse silhouettes all around Disney Parks and Resorts. You may notice one in the design of a carpet in the hallways of The Yacht Club Resort, or see a cleverly Mickey inspired coiled rope on the ferry boat docks outside Magic Kingdom. These little details are all part of the fun at Disney. Disney fans the world over take great pleasure in ferreting out these charming little details. How did this tradition of including Mickey Mouse’s head begin? The details about this phenomenon will charm you!

Hidden Mickeys started as an inside joke among early Disney Imagineers and soon became a park tradition. The history of Hidden Mickeys can be traced back to when the Imagineers were designing Epcot in the late 1970’s and early 1980’s. The Disney Company had decided that EPCOT Center would be a more adult park, including selling alcohol. As alcohol and Disney characters were deemed to be an improper combination, it was decided that none of the Disney characters, including Mickey Mouse, would ever be seen at EPCOT Center. To some of the Imagineers working on EPCOT Center, this was taken as a challenge. They started including hidden Mickey Mouse profiles into various design elements of that park. As the park began to grow, guest comments led Disney to include the characters in EPCOT Center, but the fun had already began and a tradition was born! Hidden Mickeys have become a staple of all theme park designs since. Because of the popularity of Hidden Mickeys, Imagineers place them in new construction even to this day.

Disney’s Hollywood Studios layout, when viewed from the sky, is one giant Hidden Mickey!

Today, dozens of subtle Mickey images (silhouettes of these world-famous ears, profiles, or full figures) are hidden all through the Walt Disney Resort and other properties.

No one knows exactly how many there are because attractions close down, are refurbished, or replaced by other attractions.

Finding HMs is so challenging and fun that books have been written about their locations. One such author Steven Barrett has even made a name for himself as the “Hidden Mickey Guy”. Barrett has thus far documented over one thousand HMs.

Throughout the years, Hidden Mickeys spread in popularity as an underground, pop culture phenomenon. However, Disney management has yet to officially acknowledge their existence. The closest they have come to publicly doing so is offering the Hidden Mickey books for purchase within Disney stores.

7. Does It Qualify As A “Hidden Mickey”

A true Hidden Mickey is one that is not meant to be seen immediately, and is usually placed purposefully by a Disney Imagineer or artist in a context that would not normally contain Mickey Mouse.

When the shape of Mickey Mouse is used as an obvious part of the design, such as Mickey ears on the top of lampposts, it is considered decorative and sometimes referred to as a “decor Mickey.”

The most common Hidden Mickey is a formation of three circles that appear to be the silhouette of the head and ears of Mickey Mouse, often referred to by Disney aficionados as a “Classic Mickey.”

– In the Haunted Mansion banquet scene, notice the arrangement of the plate and saucers on the table

– In the Africa scene of It’s a Small World, find the HM in the purple flowers on a vine on the elephant’s left side

– While riding Splash Mountain, you’ll see Mickey lying on his back in the pink clouds to the right of the Zip-A-Dee Lady paddle-wheeler

– There are three HM’s on the wall surrounding Mission: Space

– As you enter the Mexico Pavilion, there is a large block statue on your right as you climb the stair and a hidden Mickey right at the top

– In Maelstrom in the Norway Pavilion, a Viking wears Mickey ears in the wall mural facing the loading dock

– In the Twilight Zone Tower of Terror, note the bell for the elevator. There are more than eight HMs in this attraction.

– Outside Rock ‘n’ Roller Coaster, look down for two HMs in the rotunda area’s tile floor.

– By the way, the park’s least Hidden Mickey is what’s called the Earrfel Tower, Disney’s Hollywood
Studios’ tall water tower, which is fitted with a huge pair of Mouseket-“ears”

– Look at the Boneyard in DinoLand U.S.A., where a fan and two hard hats form an HM

– There are 25 Hidden Mickeys at Rafiki’s Planet Watch, where Mickey lurks in the murals, tree trunks, and paintings of animals

– In the interactive fountains at the entrance to Downtown Disney Marketplace

– One HM forms a giant sand trap next to the green at the sixth hole of the Magnolia Golf Course’s.

Now that you’re armed with this insider knowledge about the origination of Hidden Mickeys throughout Disney, we hope you’ll be all the more delighted when you notice them the next time you’re visiting Disney World! Happy Hunting!

BONUS TIP: Plan your next Disney trip with an Authorized Disney Vacation Planner, like Mickey Travels. They’ll help you get the best price for your vacation, share their expert advice and their services are totally FREE! They might even have some tips for finding hidden Mickey’s throughout the park.