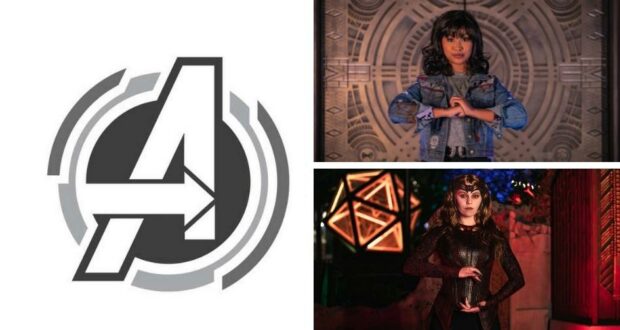 As the world gets ready for the release of Marvel’s Dr. Strange in the Multiverse of Madness, it appears that a few new faces are appearing at Avengers Campus at Disney California Adventure.

On Friday, May 6, Disney Parks Blog shared a picture of Wanda Maximoff/Scarlet Witch and America Chavez in their new meet and greet spot in the new immersive interactive land at the Disneyland Resort, tweeting simply, “The doorway to the Multiverse is open…”

America Chavez joins the Marvel Cinematic Universe as the first canon Latina superhero and comes from a different universe. Her powers include super levels of speed, strength endurance, and durability, as well as having serious punching power. She is brought to life by actress Xochitl Gomez.

Meanwhile, Elizabeth Olsen returns to reprise her role as Scarlet Witch fresh off of the harrowing events of Marvel’s Disney+ original series WandaVision.

There is little doubt in this reporter’s mind that Guests would not want to pass these meet and greets up.

Doctor Strange in the Multiverse of Madness hits theaters today, May 6, and stars Benedict Cumberbatch, Benedict Wong, and Rachel McAdams.

It is summarized as the following:

Dr. Stephen Strange casts a forbidden spell that opens the doorway to the multiverse, including alternate versions of himself, whose threat to humanity is too great for the combined forces of Strange, Wong, and Wanda Maximoff.

Related: First Reviews of Guardians of the Galaxy: Cosmic Rewind Hit the Internet

We at Disney Fanatic will continue to update our readers on Marvel and Disney Park news as more developments come to light.