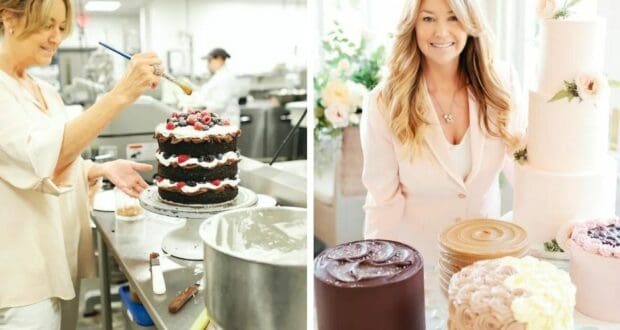 Behind the Scenes of Disney’s Whimsical New Bakery

Lots of changes have been coming to Walt Disney World Resort, Disneyland Resort, and Disney Resorts further afield like Disneyland Paris Resort — and while some changes might not be welcomed by Disney Guests, the new Cake Bake Shop coming to the Disney BoardWalk in 2023 will almost certainly be a welcome one!

The Disney Parks Blog has shared some behind-the-scenes glimpses of The Cake Bake Shop’s founder Gwendolyn Rogers, as well as some hints about what Disney BoardWalk Guests can expect when The Cake Bake Shop opens!

The Cake Bake Shop is a whimsical restaurant and bakery expected to open at Disney’s BoardWalk in 2023. 🎂 Learn more about owner and entrepreneur Gwendolyn Rogers as we celebrate #WomensHistoryMonth: https://t.co/aDwnfr4qAj pic.twitter.com/IoJ4DvlLcM

The Cake Bake Shop, is “a whimsical table service restaurant and bakery” that is expected to open at Disney’s BoardWalk at Walt Disney World Resort in 2023. Gwendolyn Rogers has been baking since she was a child in Sun Valley, Idaho, so she knows what she’s doing when it comes to baking!

“I never went to pastry school. When it came to baking, I taught myself how to do it because it was something I loved to do,” Gwendolyn told the Disney Parks Blog. “I initially studied photography. That didn’t pan out, but it enabled me to photograph my own cakes when I decided I wanted to bake full time.” Gwendolyn is married with three sons, and baking for her family is one of her favorite activities. “Being a mother is the number-one job of my life, and I don’t think anything ever comes close to that,” she declared. “I bake because it makes my family happy. I love having my kitchen smell good. It’s very therapeutic for me to be in the kitchen – it’s my stress release and my happy place.” When Gwendolyn and her family moved from Idaho to Indianapolis, Indiana, Gwendolyn decided to shift her focus in her mid-40s. “I was kind of starting my life over,” The Cake Bake Shop owner remembered. “I didn’t have it all planned out that one day I was going to open a restaurant. I just did it because I loved it. And if I didn’t know how to do something – I would teach myself. I taught myself how to write a business plan.”

Gwendolyn then spent eight years running her small business from home as she expanded her repertoire of cakes, pies, and desserts, so she’s got sound business advice to share! “Some of the best advice I have ever been given is to really take the time on your idea – work at it and see if people like what you’re doing,” she advised.

“I can’t tell you how many people told me I wouldn’t succeed,” the baker and entrepreneur also said, recalling how many bank loans she was denied. “Never give up – no matter how many people tell you ‘no’ – you have to believe in yourself enough. When someone tells me ‘no,’ it gives me that much more fuel within my own soul to prove to myself that I can do it.”

Eventually, The Cake Bake Shop got its first official location within a “fixer-upper” house in Indianapolis! It wasn’t long before a second location became a reality in Carmel, Indiana. “To think that now I get to bring this fun and happiness to Walt Disney World Resort – it’s such an unbelievable honor. I’ve been a Disney fan my whole life,” Gwendolyn enthused.

Gwendolyn Rogers is an avid Disney fan, too! “I was able to spend my 56th birthday at Magic Kingdom Park during Walt Disney World’s 50th Anniversary Celebration, and it was the best birthday I’ve had in my whole life,” she added enthusiastically. “I truly feel like I’m meant here.”

Are you excited about the menu that will be revealed for this dainty, homey Disney bakery?