A time capsule was sealed and buried at Disney’s Contemporary Resort 25 years ago with strict instructions to open it upon the 50th anniversary of the Walt Disney World Resort. We have been anxiously awaiting news from Disney on what was inside the time capsule, and we were hoping the Cast Members who opened it would be able to share photos or video of what was inside. Thankfully, the Disney Parks Blog came through and shared the video included in this post! Filled in 1996 during the 25th anniversary of the Walt Disney World Resort, the time capsule was sealed shut and buried by Disney’s engineering services team with instructions “To be opened at 50th Anniversary, 10/25/2021. ‘Remember the Magic.'”

A couple of very special Walt Disney World Cast Members from the Class of 1971 were on hand for the opening of the time capsule, and seeing their reactions in the video below where they were all working at the parks and resorts during the 25th anniversary is priceless. Included in the time capsule was a collection of brochures, documents and other memorabilia, many of which they remembered from earlier in their Walt Disney World careers.

Check out the video from the Disney Parks Blog below:

Some of the Cast Members in the above video include members of the Class of 1971, Earliene, Ruth Ann, and Joe, who have all been working at the Walt Disney World Resort since opening day of the Magic Kingdom on October 1, 1971.

Inside the time capsule, they saw 25th anniversary materials including commemorative coins, an ‘Eyes and Ears’ employee magazine, poster of Cinderella Castle dressed up as the pink castle cake, and a bowtie that belonged to Charles, general manager of Disney’s Contemporary Resort. 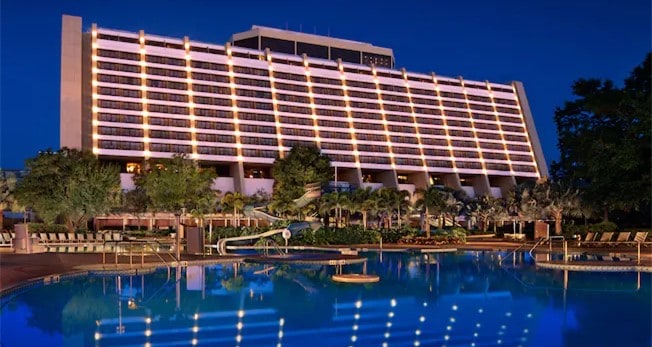 The opening of the time capsule was certainly an emotional experience for all of the Cast Members present, but especially for Joe who was celebrating his retirement the day the time capsule was opened. During the event, he shared fond memories from his Disney career including his original Walt Disney Company ID showing the date October 25, 1971, the day Roy O. Disney dedicated the Walt Disney World Resort.

Items in the capsule have now been carefully preserved within the Walt Disney Archives, but we are thrilled that the Disney Parks Blog took the above video to share this experience with fans from around the world!