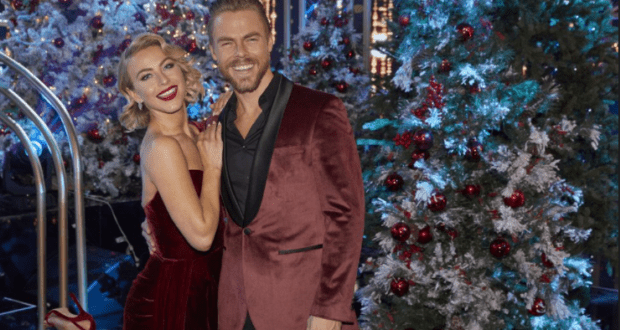 The holidays are here, and Disney is ready to celebrate with its “Wonderful World of Disney: Magical Holiday Celebration”, premiering tonight on ABC! The event is being hosted by singers and crowd-favorites Ariana DeBose (who is also starring as Anita in the upcoming ‘West Side Story’ movie) and ‘Dancing With the Stars’ siblings Julianne and Derek Hough (who have already hosted or participated in several Disney events). 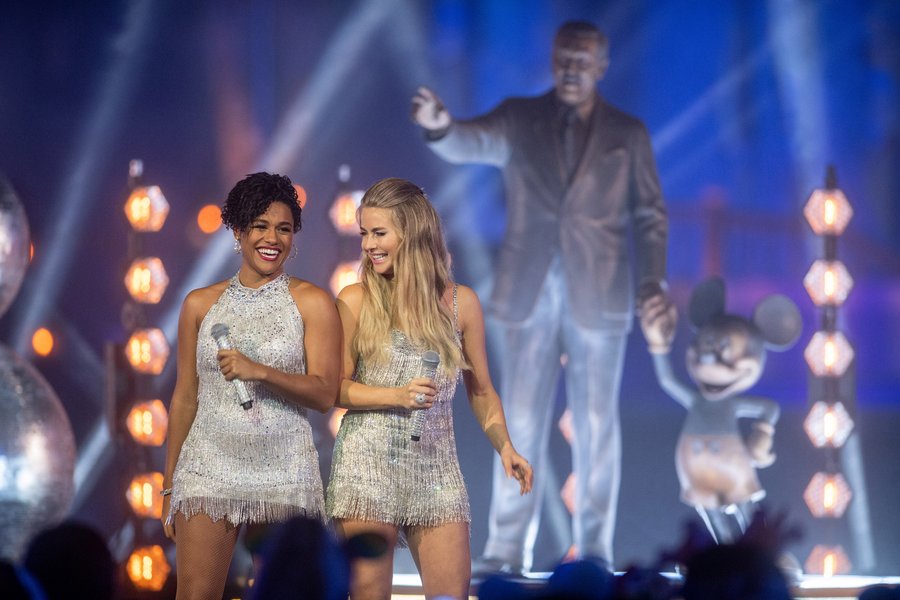 The lineup for tonight’s performance includes several notable celebrities, ranging from Darren Criss (the singer and actor best known for Glee and his role as Harry Potter in ‘The Very Potter Musical’), to Gwen Stefani, Chance the Rapper, and Jimmie Allen (who will sing “Silent Night”)! Kristen Chenoweth, Switchfoot, NeedtoBreathe, Brett Eldredge, and AFTR PRTY (including Joey Fatone) will also be making appearances. Kristen Chenoweth will be singing a mix of “(Everyone’s Waitin’ For) The Man with the Bag” and “Jingle Bell Rock”, Switchfoot and NeedtoBreathe will sing “Hometown Christmas” together, Brett Eldredge will perform “It’s the Most Wonderful Time of the Year”, and AFR PRTY will sing a medley of “Christmas (Baby Please Come Home)” and “Winter Wonderland”.

The songs that presenters Ariana and Julianne will be singing are “We Need a Little Christmas,” “Grandma Got Run Over by a Reindeer” and a “Holiday” medley. Norah Jones is also scheduled to perform “Christmas Calling (Jolly Jones)” and “Blue Christmas”, while Sebastián Yatra will sing “Dos Oruguitas” (from the new Disney movie ‘Encanto’) and “We Wish You a Merry Christmas”!

The performers have already taken to Twitter to share their excitement about the performance, which is airing on ABC at 4 pm PST and 7 pm EST. Gwen confirmed in the Tweet below that she will be singing “You Make It Feel Like Christmas” and “Jingle Bells”, and it looks like she’ll be donning classic Christmas clothes alongside her signature red lipstick.

tonight! i'll be performing "You Make It Feel Like Christmas" & "Jingle Bells" on the @disneyland stage for the #disneyholidaycelebration 🎄

catch it on @ABCNetwork at 4pm pt/7pm et 💋 gx pic.twitter.com/dPRfuR6PQW 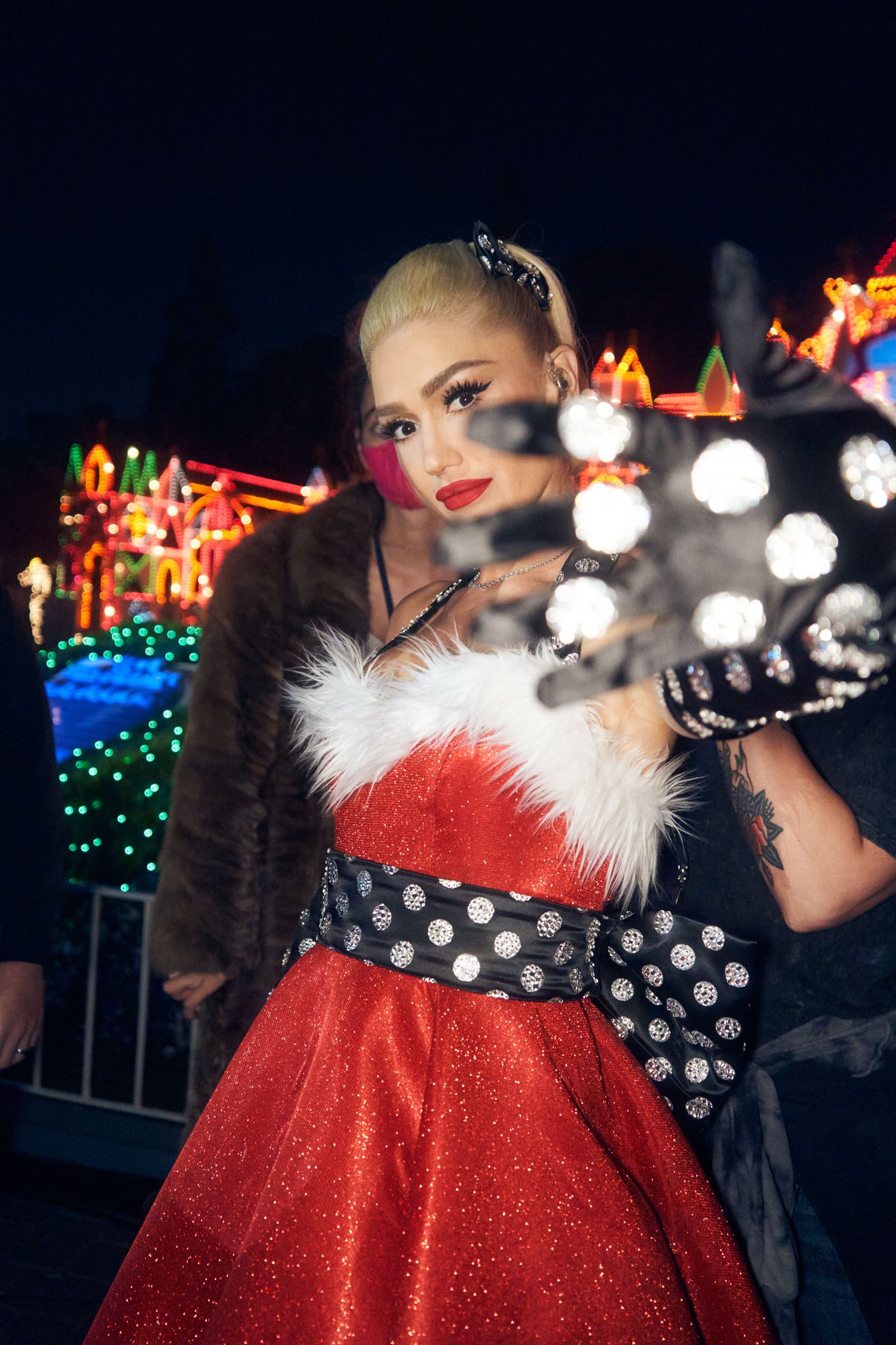 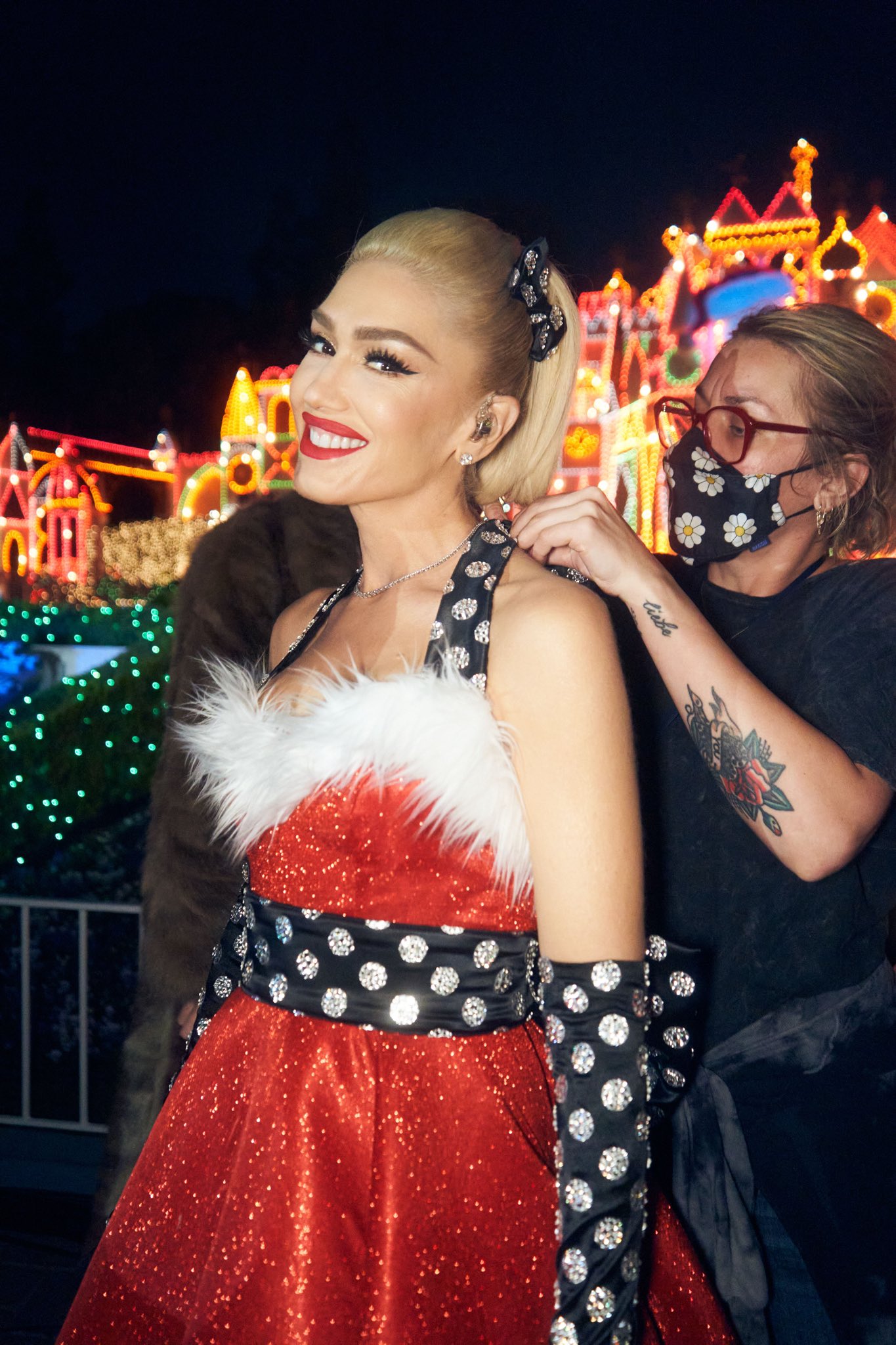 Darren Criss shared his excitement about the event as well, since he will be performing a unique medley of “Happy Holidays” and “The Holiday Season”. As Darren put it below, the title of the event might be “a lot of words, but it’s going to be a lot of fun”! Fans of Darren will be particularly interested to see if he’ll perform some of the Christmas songs from his new solo album “A Very Darren Crissmas”. The actor also sang “I Want A Hippopotamus For Christmas” during the Macy’s Thanksgiving Parade this weekend.

It’s the holiday season! Ring it in 2NITE 11/28 @ 7pm ET with me & some 🌟 performers at the Wonderful World of Disney: Magical Holiday Celebration on @ABCNetwork! And stream again tomorrow on @hulu! ✨#DisneyHolidayCelebration @WaltDisneyWorld @Disneyland pic.twitter.com/f2iP3oetck

.@DarrenCriss's medley of "Happy Holidays" and "The Holiday Season" is the only 🎁 I need this holiday season! Don’t miss it in #DisneyHolidayCelebration! @WaltDisneyWorld #DisneyWorld50 pic.twitter.com/RwN7MYPrJE

We can see from the trailer for the event below that this Disney Holiday Celebration will be just as glitzy and festive an extravaganza as Disney Guests would expect! If you are unable to watch the premiere tonight, no worries; it will be available on Hulu starting tomorrow!

.@chancetherapper, @JimmieAllen, @KChenoweth, and so much more are bringing the magic to your home this Sunday on @ABCNetwork! 🎄 📺 #DisneyHolidayCelebration #DisneyWorld50 pic.twitter.com/vmptUD7XUp