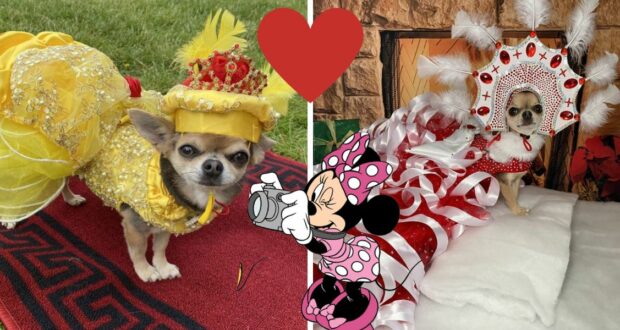 Not every Disney fan is a dog lover — but if you are, and if you need some extra cuteness for your Monday, then you’ll want to take a look at the Disneybounding canine who is taking over the beauty pageant space by moonlighting as characters like Disney princesses!

In the United Kingdom, a Wales-based Chihuahua named Lindy is apparently making a big impression in pageants — and she has been dressed in everything from Marilyn Monroe to Great Gatsby flapper to Disney princess costumes in the process! 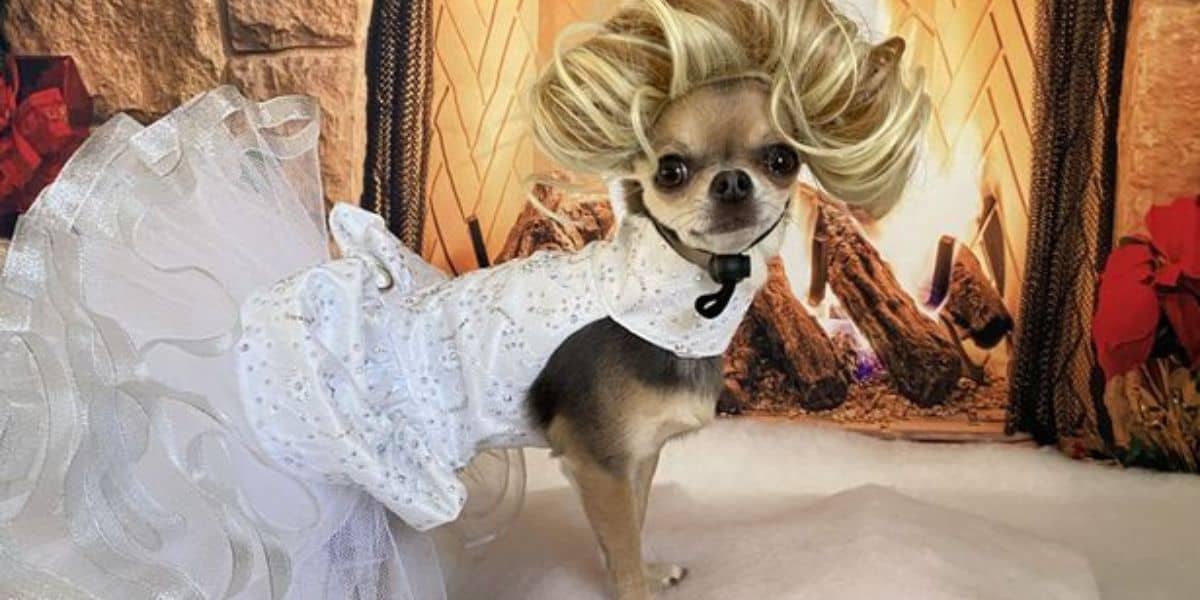 Lindy is a small dog with £20,000 worth of handmade costumes, hairpieces, and accessories that are made by her owner Mandy Corbett. Mandy creates the costumes herself, since she’s handy with a sewing machine, and so her costumes only cost around £20 to make instead. 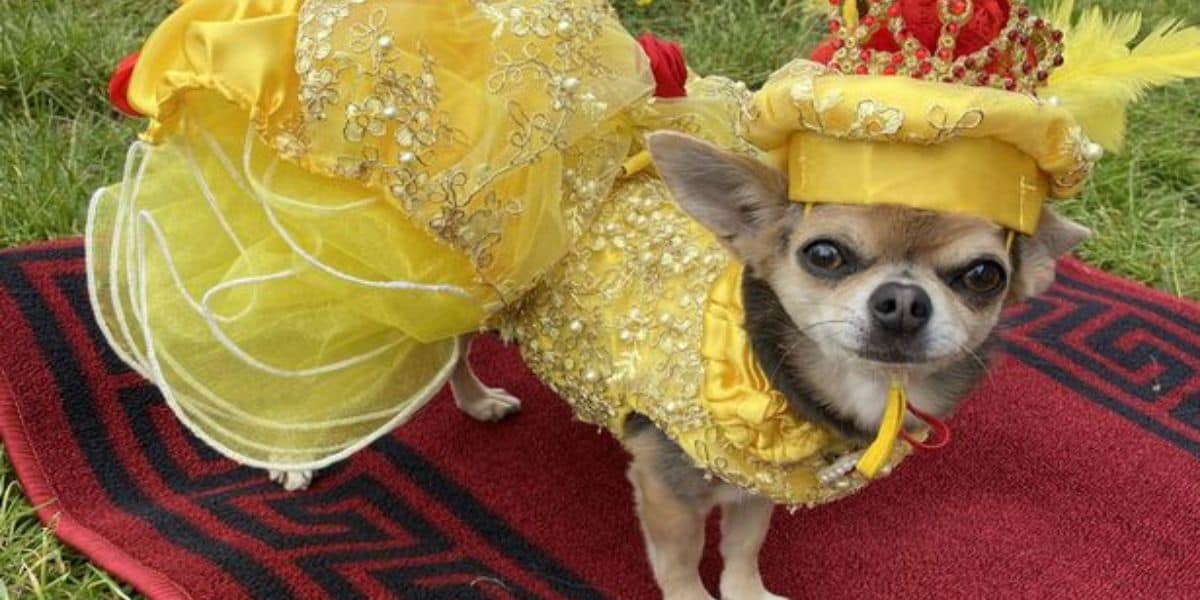 The chihuahua Lindy as Belle. Credit: Kennedy News and Media

In preparation for pageants, Mandy keeps Lindy well-trained, well-groomed, and (obviously) well-outfitted in lavish costumes. Corbett has two other dogs as well; both are Chihuahuas, with one being named Coco and the other being named Indy. 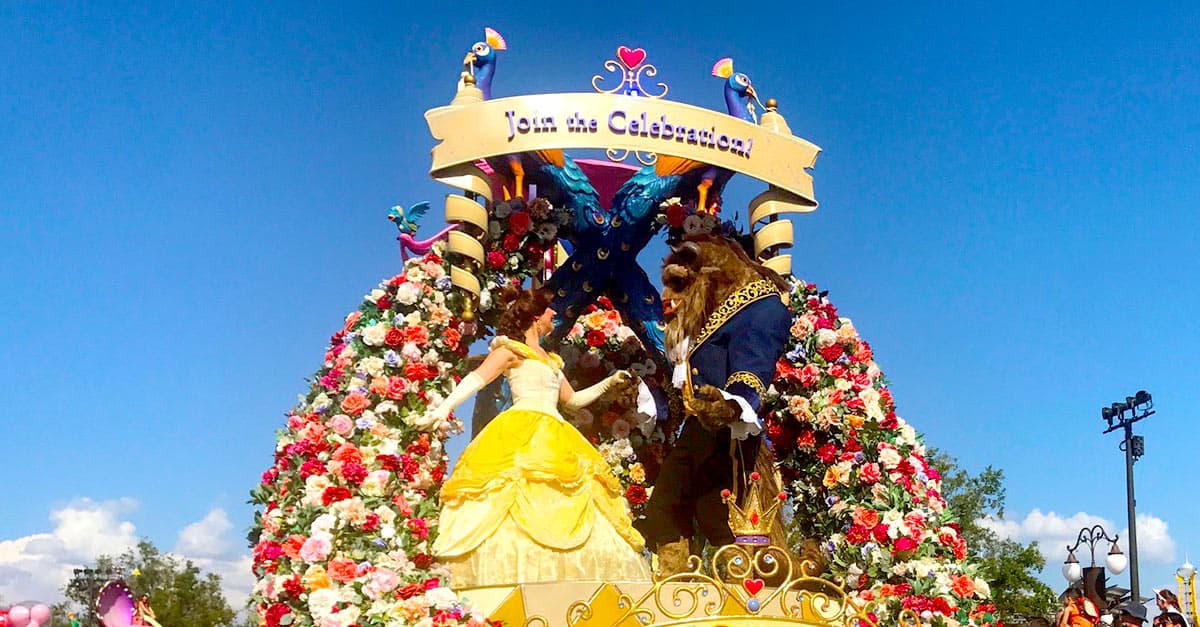 In an interview with Wales Online, Lindy’s owner, Mandy, attributes Lindy’s success in the pageant circuit (which the small dog has been dominating despite only entering pageants a year ago) not only to the gorgeous and adorable heroine or princess costumes that she herself makes for Lindy, but also to the “rapid-fire daily training,” obedience classes, and Lindy’s nightly “health care routine” that involves teeth brushing, nail filing, coat grooming, and cuddling. 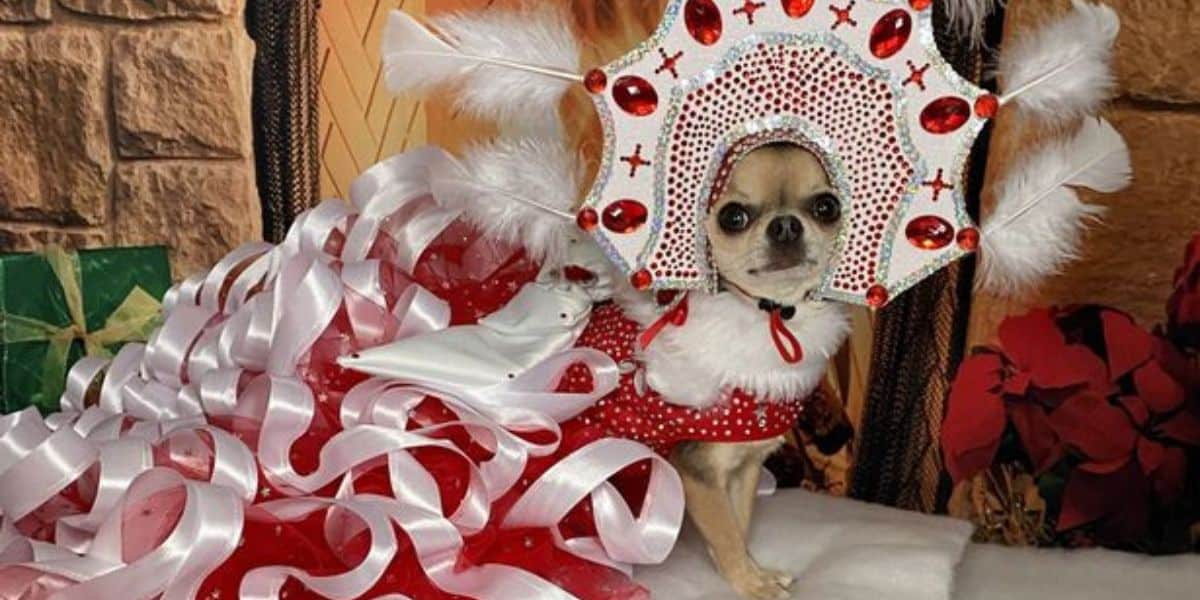 The chihuahua Lindy might not mean to dress up as the Queen of Hearts in this case, but we think that she looks like she could certainly dress up as some Disney villains in lavish costumes! Photo Credit: Kennedy News and Media

Even though chihuahua Lindy might first have won over onlookers and developed her own pageant fanbase by dressing up as Disney princesses (such as Belle, shown above), superheroes, or glamazons, the canine has also charmed those around her due to her fun-loving personality.

According to Mandy Corbett, the pageants actually helped the young canine recover from “lockdown anxiety” that she developed in 2020.

“When I see her on stage, I feel so proud, I love it. We’ve won quite a few bits, but it’s not about winning,” Mandy explained further. “When I go into the ring with her and walk with her, I feel fantastic, I feel like the best person alive.”

Would you dress up your dog (or dogs, if you have more than one pet) as a Disney princess if you could make or buy as fancy a Disney princess costume as Lindy’s dress — or would you prefer a costume like that of Marilyn Monroe for your dogs?