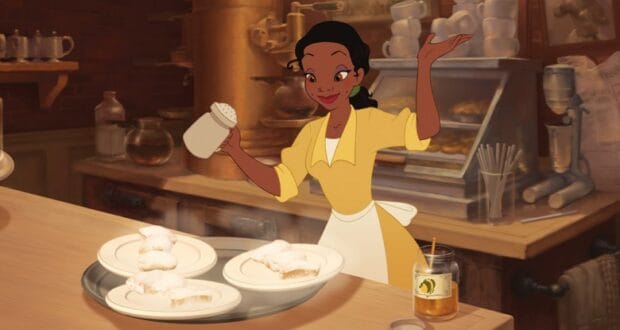 Details About Princess Tiana’s Upcoming TV Show Have Been Revealed

Princess Tiana has already been getting a lot of attention from Disney fans this year, whether it’s been her title as the leading debutante honored in World Princess Week, her exclusive makeup collection for the Ultimate Princess Celebration, or the renovations for her new Magic Kingdom ride–and now the culinary doyenne is stepping further into the limelight with her own Disney+ series!

Actress and singer Anika Noni Rose, who voices Princess Tiana and was named a Disney Legend, shared concept art from the series and hinted at the TV show’s plotline on her Instagram. “Are you ready to follow the crowned Princess of Maldonia on a brand new adventure?! Maldonia, New Orleans, and TIANA…the musical series. coming to Disney plus in 2023👑” Anika said in her post. 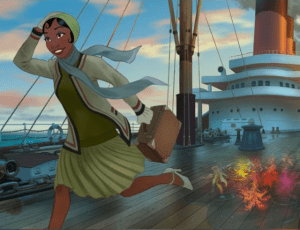 That’s right, Disney fanatics: it sounds like Princess Tiana is going to visit her husband Prince Naveen’s homeland, Maldonia! Fans of the 1920s will also love seeing Tiana’s distinct 1920s clothing, much like what she’s wearing in the above image–and if you didn’t already get your fill of vintage, glamorous, 1920’s-era-travel aesthetics from ‘The Jungle Cruise‘, then this series is sure to satisfy on that front too!

Since Princess Tiana’s movie ‘Princess and the Frog’ ended with her opening her dream restaurant and running it happily alongside Prince Naveen (after their ethereal bayou wedding and their more conservative church wedding) and other friends like Louis the alligator, most audience members probably have mentally closed Tiana’s story in their minds. But Disney princess fans will be heartened to see that this plucky, hardworking, smooth-talking Disney heroine is getting more chapters in her story! The series will be premiering on Disney+, and an exact release date in 2023 has not yet been announced. We will continue to follow this series’ development and share its release date or any more information about it as soon as it’s revealed!