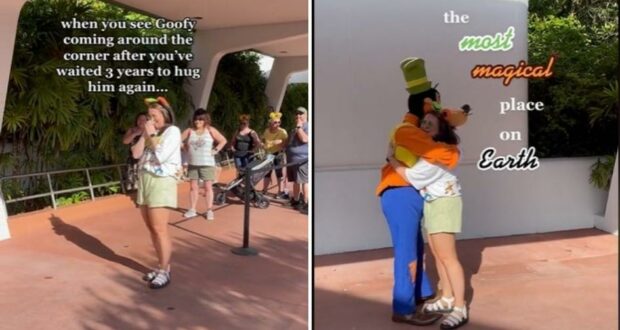 The term “Disney Adult” appears to be growing in both popularity and in the apparent insistence on bestowing an ostracizing taboo upon it.

In a more recent instance, a 28-year-old woman named Sarah Rachul (TikTok @everydayisdisney) posted a video featuring her crying as she got to hug Goofy at Walt Disney World for the first time since 2019. While many of her fellow “Disney Adults” supported her, she reportedly received a lot of criticism for acting that way at her age.

You can see that TikTok here:

i can’t remember the last time I cried this hard…it might sound silly but my papa’s favorite character was Goofy and when I hug Goofy it’s like hugging my papa again. Thank you so much @disneyparks for making real magic for me today ❤️ #disneyadults #disneycreator #disneyinfluencer #disneytrip #disneycharacters #disneymeetandgreet

Since the criticism started pouring in, and her video reached over 2 million views, Insider reached out to Rachul to give her a chance to respond to the criticism.

“Goofy was never my favorite character, Tinkerbell was, but he became my favorite after my grandpa died,” she told Insider. “He was my papa’s favorite, and he loved interacting with Goofy at the parks. I have really nice photos of them together.”

“A few of the comments I deleted. They were outright vile,” she said. “Others were well written but so cruel, like, ‘I urge you to seek therapy for what seems to be a very aggressive mental-health problem.'” 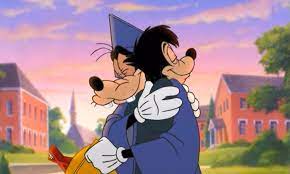 It should be mentioned at this point that Rachul’s video was shared to a number of non-Disney fans due to TikTok’s algorithm, and many of those viewers left hateful comments on a video they saw to be a grown woman balling her eyes out while hugging a stranger in a costume.

But Rachul acknowledged that she was aware of that awkwardness, saying, “I was standing there a little frozen because I was like, ‘Oh my God, this poor person just started their shift, and this is what they have to deal with at 9 a.m. But it felt like a small string that had been connecting me to my papa that was snipped because of COVID had been retied.”

Rachul also denounced the stereotype of “Disney Adults” not having any adult interests, that they are all trying to reclaim some childhood lost to past traumas and they all still live with their parents.

You can watch her full TikTok response here:

Related: ‘Disney Adults’ Are on the Rise as Disney World Becomes a Top Destination for Gen Z

“I was angry seeing people write, ‘This is why I’m afraid to go to Disney, I don’t want to be judged,'” she said. “To those people I’d say, make the account, follow Disney influencers and fans, and fill your feed with people who share the same passion as you and interact with them.”

“The reason I think so many people hate Disney adults is seen in my comment section. People who say, ‘Wow I wish I could be this happy.'” she added. “We are so secure in who we are and what we like. It pisses people off because they want to be like that and they can’t.”

We at Disney Fanatic have covered that more and more of the self-named adult superfans are visiting their favorite Disney Park and Disney Character in the Most Magical Place On Earth, and also that people are not afraid to speak their mind about the pseudo-Peter-Pan complex online. Specifically, we shared the story about one “Disney Adult” who was publically ridiculed after a video was shared to social media of her crying at the first sight of Cinderella Castle.

Only time will tell if Disney Adults will continue to endure ridicule for their fandom as they visit the Magic Kingdom, EPCOT, Disney’s Animal Kingdom, Disney’s Hollywood Studios, Disney Springs, or whatever their favorite spot a Disney World or the Disneyland Resort may be. But what is clear, at least from this reporter’s observation, is that they are not going away any time soon.