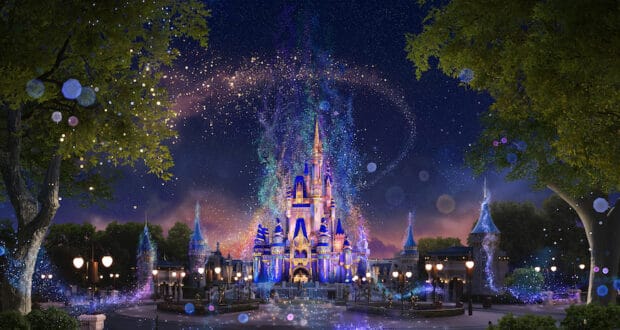 Disney and Its Imagineers Have Just Received Several Awards

Anyone who visited Disney Parks, watches Disney movies, or experiences Disney attractions can recognize that Disney is at the forefront when it comes to unique, memorable, and oftentimes groundbreaking entertainment. Now Disney is being honored with several different awards, which were just announced during the International Association of Amusement Parks and Attractions (IAAPA) Expo.

The Disney Parks Blog called the Thea Awards “a top industry honor,” saying that they “recognize excellence in the creation and production of compelling places and experiences around the world”. Josh D’Amaro, who is one of the chairmen from Disney Parks, Experiences and Products, made the following statement: “Our brilliant creative teams continue to elevate the standards of themed entertainment in amazing new and relevant ways…with breakthrough achievements and the finest talent, it’s no surprise that Walt Disney Imagineering and our consumer products business continue to be leaders in our industry.”

The first award given to Disney was the Thea Award for Outstanding Technical Innovation, and the specific award-winning technology was the Stuntronics technology, which is used on Spider-man in the Avengers Campus. This technology resulted in “an advanced robotics figure that makes its own, real-time decisions when to tuck, somersault and slow down while soaring 85 feet in the air”.

The second Thea Award is the Buzz Price Thea Award, which is going to Doris Hardoon, a Retired Imagineer. According to the Disney Parks Blog, Doris is “well-known for her visionary perspectives and creative candor that helped bring some of the World Showcase pavilions at EPCOT to life, and she later worked on Disney’s Animal Kingdom Theme Park [in 1988]. Doris also was a key leader in projects like the opening of Tokyo Disneyland [in 1983] and Disneyland Paris [in 1992]. Her international work continued through Shanghai Disney Resort [in 2016], where she developed culturally relevant details for the Resort”.

The second Imagineer who is receiving an award (the Thea Catalyst Award) is Carmen Smith. Carmen’s “focus on relevant, authentic and culturally accurate storytelling across Walt Disney Imagineering” made her stand out; she is currently the senior vice president for Creative Development, Product/Content & Inclusive Strategies for Disney Parks, Experiences and Products.

Disney also won four Brass Rings Awards: the first went to Disney Live Entertainment for Live Entertainment Excellence, the next went to the “Magic Happens” Parade for Best Atmosphere Street Show Performance, and the third went to the Oogie Boogie Bash for Most Creative Halloween Haunt, Show or Experience. In the Games & Retail Excellence area, the Brass Ring winner was the Remy Feature Plush, which won Best Plush Item!

Congrats to all of Disney’s winners!