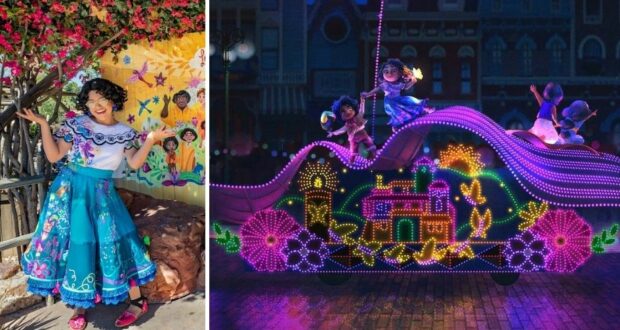 It looks like this spring is going to be muy encanto at select Disney Theme Parks.

In celebration of Disney’s Encanto winning the Academy Award for Best Animated Feature Film and a special sing-a-long version of the movie hitting Disney+, the Disneyland Resort will feature some special Encanto-themed experiences for a limited time beginning April 11 and running through April 22. Included in the special festivities is a brand new projection show and a new float added to the Main Street Electrical Parade. For a limited time beginning April 11, the iconic façade of “it’s a small world” becomes enchanted several times each evening with a brief visual montage that pays tribute to the movie’s hit song, “We Don’t Talk About Bruno.” This musical delight comes to life through projection and lighting effects and an artistic style inspired by the lyrics, with select moments that feature characters from the film. Like the Madrigal family’s Casita, tiles across the “it’s a small world” façade flip, turn, and rearrange themselves as one scene transitions to the next, culminating in a celebratory chorus and a nod to Bruno’s mysterious prophecy about Mirabel.

During the day, you can also visit with Mirabel, the young hero from the film, at Frontierland’s Zocalo Park in a colorful photo location that pays homage to the Madrigal family from Colombia. 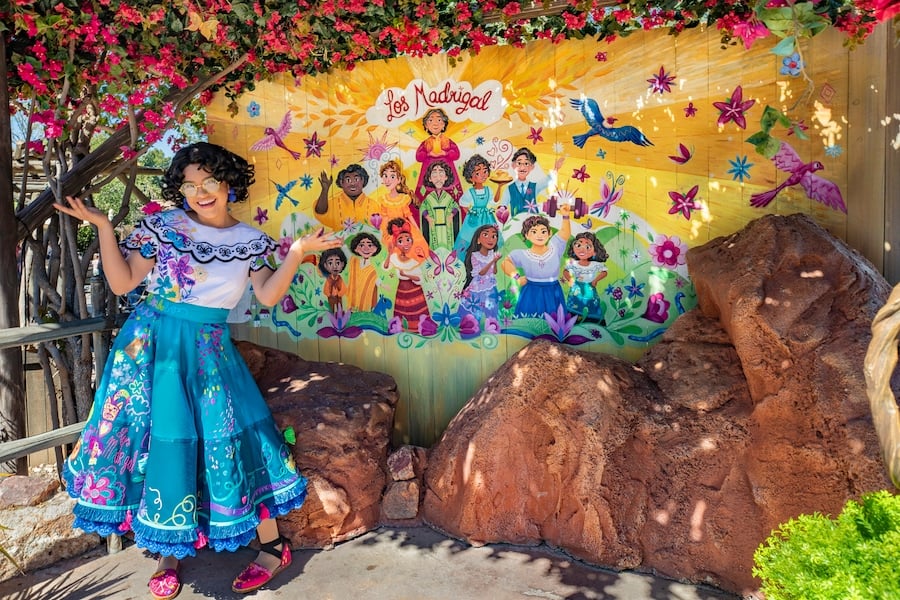 And coming April 22, “Main Street Electrical Parade” returns to Disneyland park and celebrates its 50th anniversary with a spectacular, new grand finale float that brings together stylized scenes from more than a dozen Disney and Pixar stories, including “Encanto.” Sparkling lights depict the Casita, magical butterflies, and Miracle Candle from the film, with Mirabel and her cousin Antonio represented as animated dolls atop their section of the float. This news follows Walt Disney World Resort’s continued application of the Madrigal family in EPCOT festivities. An Encanto-Themed Pavilion and its Colombian flavors were added to the International Festival of the Arts and the International Flower and Garden Festival.

In the meantime, the Disneyland Resort is also celebrating its Easter Eggstravaganza, which was kicked off on March 31 and will continue through April 17 (Easter Sunday).

April is undoubtedly setting up to be an extra-magical time at the Disneyland Resort, and we at Disney Fanatic will continue to update our readers on more Disney Park news as more developments come to light.