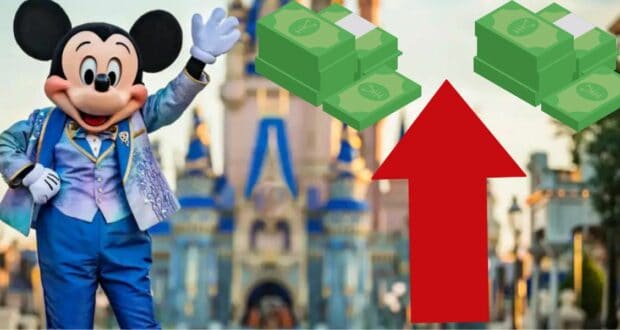 Get ready, Disney fans; the dreaded price increases that so many Walt Disney World Resort and Disneyland Resort enthusiasts have been complaining about are in fact rearing their ugly heads once again!

We can apparently expect the tickets for the Disney Park called Animal Kingdom to range between $109 and $159, which is not too alarming for Disney World Guests since it is not actually a price increase for that specific theme park. However, the prices for the other three Disney World theme parks might be more alarming!

We already saw this kind of day-to-day variable pricing change coming for the controversial Genie+ service, which had many Disney fans riled up since the constant changes in pricing felt confusing — and since Disney prices have increased across the board, so much so that it has become a frequent topic of conversation for Disney Guests.

Now that this variable pricing has also come for general Walt Disney World Resort theme park tickets, it is likely that we are going to hear many negative opinions from Disney Guests who find the change to be just as confusing, but even more inconvenient and unreasonable, than the Genie+ changes that were made recently.

Journalist Scott Gustin did point out as well that “when you purchase a 1 day 1 park ticket, the system automatically books a park reservation for you” and that “with the introduction of park specific pricing for 1 day tickets on Dec. 8, the price to add park hopper to your ticket will also vary by date.”

Also NEW: With the introduction of park specific pricing for 1 day tickets on Dec. 8, the price to add park hopper to your ticket will also vary by date.

No pricing examples to provide – but expect Hopper add on to vary based on when you're going to the park.

Apparently a Disney spokesperson actually made a statement alongside the announcement, saying that “we continue to focus on providing Guests with the best, most memorable Disney experience” and placing an emphasis on how this change will supposedly “make planning easier”.

The spokesperson also diverted attention away from the price increases by focusing on the lowest price mentioned, which was $109 and reportedly “has not changed in more than four years”.

A Disney spokesperson issued a statement about the ticket changes, noting that the lowest priced 1 day 1 park ticket remains at $109 (but will only be valid at Animal Kingdom starting Dec. 8) — and that price point has not increased in 4 years. pic.twitter.com/EwvIipbgwl