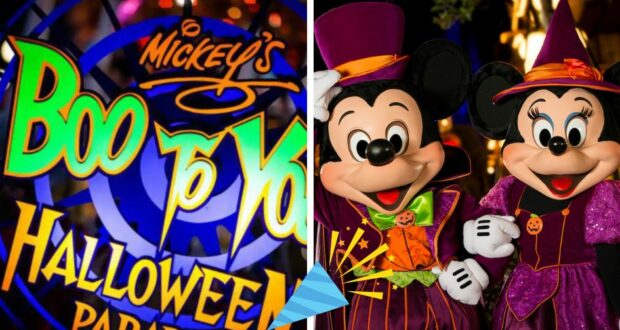 Walt Disney World Resort has been slowly but surely bringing back plenty of attractions and experiences that had been present in the Disney Parks before the ongoing COVID-19 pandemic began, but now a particularly significant milestone has been reached in the Disney Resort’s return to ‘normal’!

The autumnal Boo-To-You Disney parade has come to Walt Disney World Resort, and according to journalist Scott Gustin, it “is the first fully staffed parade at Walt Disney World” since July 2020. “The parade is FULL of performers and really looks like pre-pandemic WDW,” Scott Gustin wrote on Twitter. “It’s the first — but it won’t be the last. More to come.”

“Boo-To-You” 2022 is the first fully staffed parade at Walt Disney World since the parks reopened in July 2020. https://t.co/wucryYgN6D

Many Disney fans will find this parade’s presence in the Magic Kingdom Disney Park encouraging, since the Walt Disney Company has been plagued with many ups and downs in the past few years as Disney theme parks and Disney Resorts have had to adjust during phases of reopening.

Many Disney Guests have been displeased or disappointed by Disney’s handling of attractions’ reopenings and COVID-19 mask policies — not to mention current Disney leadership, since Disney CEO Bob Chapek has been criticized by many Disney fans — but the return of Disney parades in full force will be positive news for many Disney Guests who have been feeling discouraged!

The parade is FULL of performers and really looks like pre-pandemic WDW.

The Magic Kingdom is already switching into fall gear for the autumn season, even as Walt Disney World Resort continues to contend with summer heat and summer storms, and the fan-favorite fall event called Mickey’s Not-So-Scary Halloween Party has just made its debut for 2022.

Mickey’s Boo-to-You parade is a nice companion to the popular Halloween event! According to the Walt Disney World Resort website, Disney World Guests can “get into the spirit of Halloween” with this “frightfully fun parade.” Mickey’s Boo to You Halloween Parade is back at full capacity for the first time since Disney World’s July 2020 opening! Other popular Disney parades include the Festival of Fantasy parade and the Main Street Electrical Parade. Credit: disneyworld.disney.go.com

Have you visited Walt Disney World after its reopening in July of 2020? Did you miss Disney parades (such as the Festival of Fantasy parade and the Main Street Electrical Parade) more than Disney shows, rides, attractions, or restaurants?