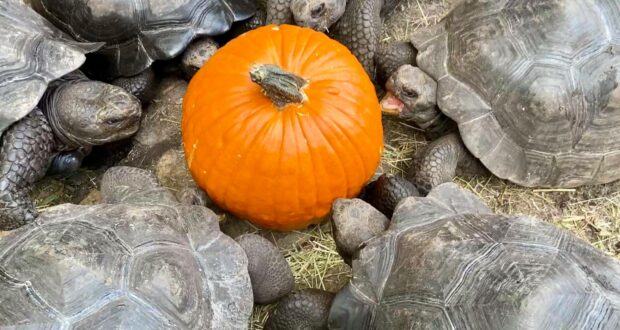 We love when Disney’s Animals, Science and Environment team gives us behind the scenes look at the animals who call the Walt Disney World Resort home, and these photos are especially adorable! 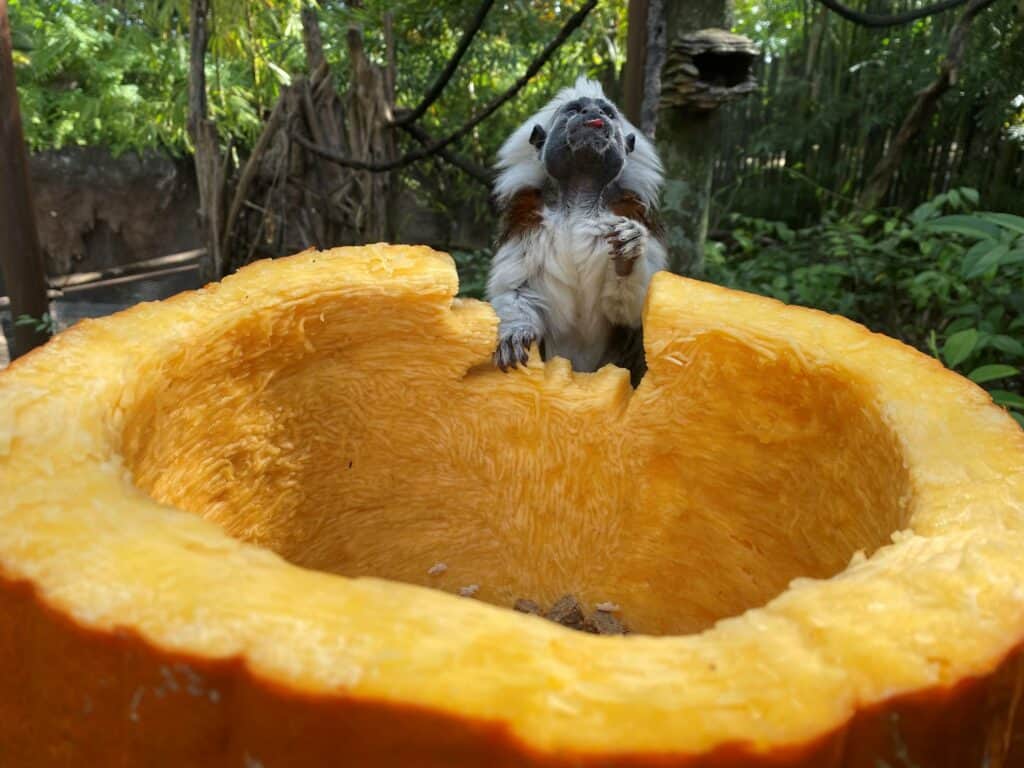 Pumpkins are a great tool for Cast Members to use for enrichment for a wide variety of animals. These fall gourds are generally safe to be eaten (unless an animal requires a special diet) and they come with so many different ways for them to enjoy a fall meal. Between smashing the pumpkins, digging for seeds, or simply rolling them around and playing with them like a ball (if the animal is large enough anyway) Disney Cast Members always look forward to being able to share some fall fun with the animals each year. 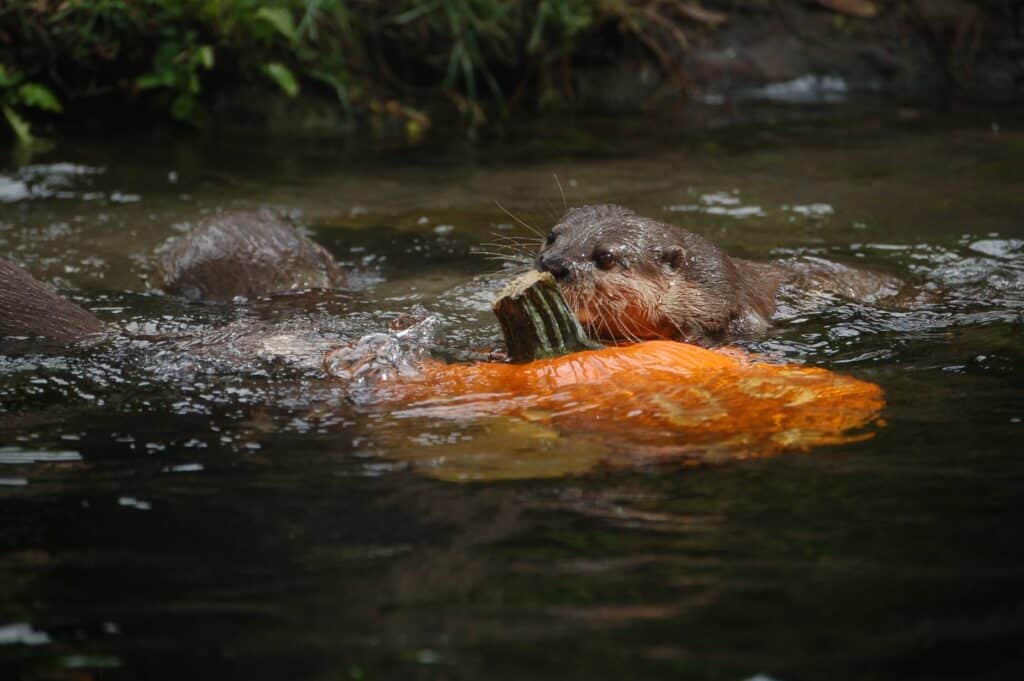 The photos Disney’s Animal Science and Environment Cast shared show all kinds of animals from hippos to cotton top tamarins, all enjoying this festive fall treat. The animals featured in the photos all reside at the Walt Disney World Resort, either in some area of Disney’s Animal Kingdom theme park or in EPCOT at The Seas with Nemo and Friends pavilion. (Recently Cast Members at The Seas with Nemo and Friends created Mickey ear hats for some of the creatures there in celebration of the 50th anniversary of Walt Disney World, too!) 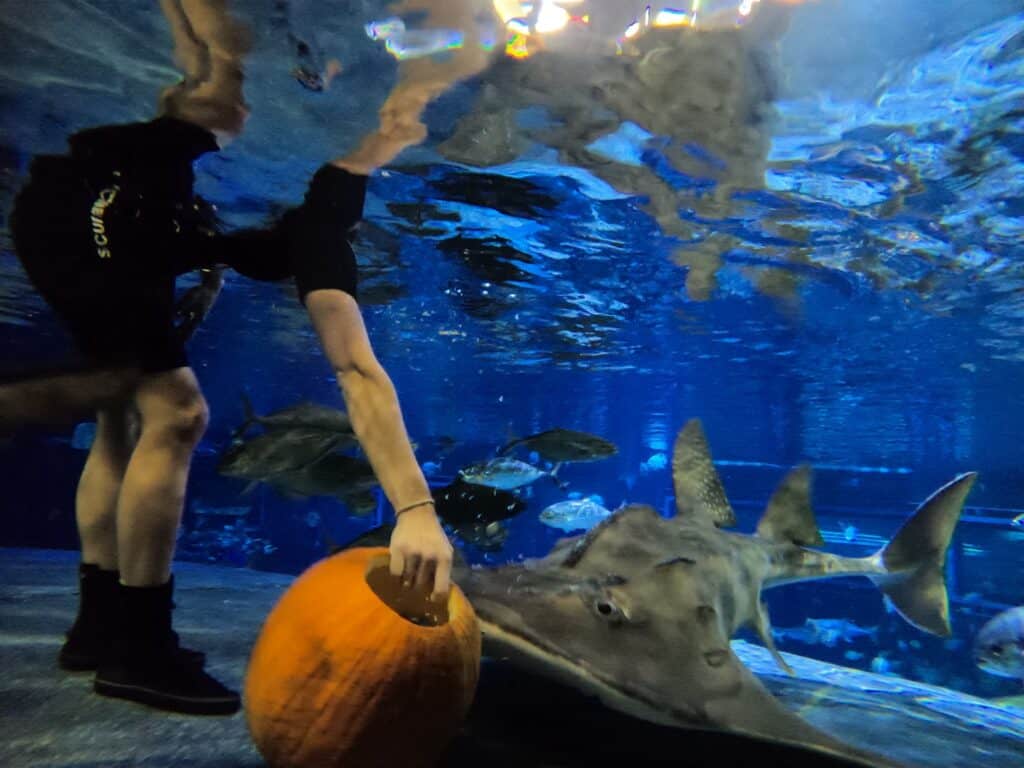 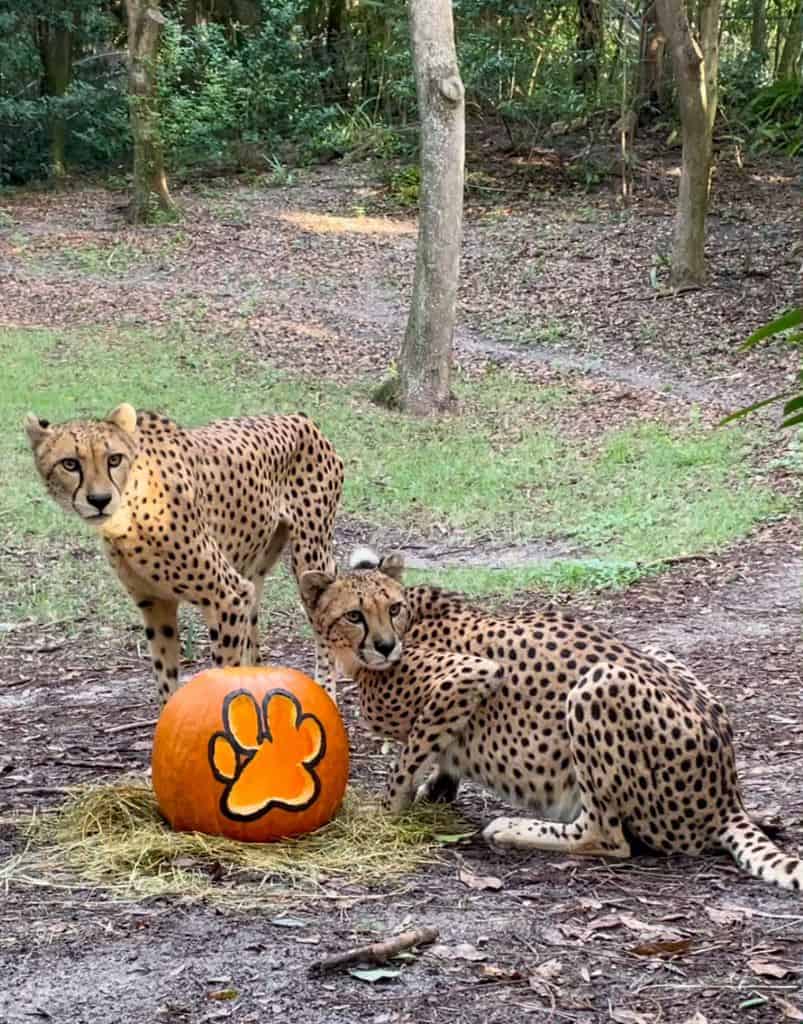 And, if you are hoping to help some of the animals you see in the parks, remember you can always make a donation to the Disney Worldwide Conservation Fund. Funds raised support nonprofit groups all over the world that work with these animals in the wild, and Disney covers all overhead costs and matches every donation. You can donate at The Seas with Nemo and Friends in EPCOT or at any quick service or merchandise location in Animal Kingdom.