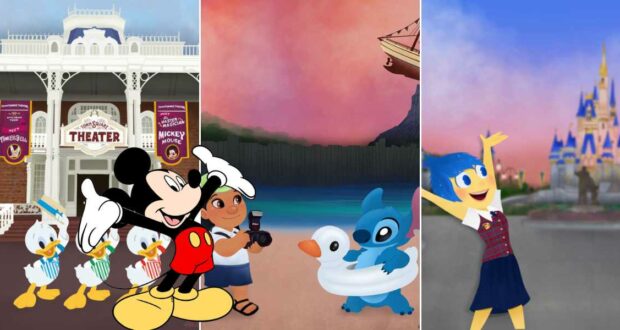 Wonder Where Disney Characters Fit In As Cast Members? This Artist Has Your Back

One artist wove together the worlds of Disney movies and Disney Parks, imagining beloved Disney characters as Cast Members.

Disney Cast Members are the heart of the Disney experience. They are one of the biggest reasons that Guests from all over the world flock to the Walt Disney World Resort in Central Florida and Disneyland Resort in Southern California. Whether it’s visiting rides like Haunted Mansion in Magic Kingdom and Disneyland Park or lands like Pandora in Disney’s Animal Kingdom and Cars Land in Disney California Adventure Park, the immersive Disney experience is made by the Cast Members. 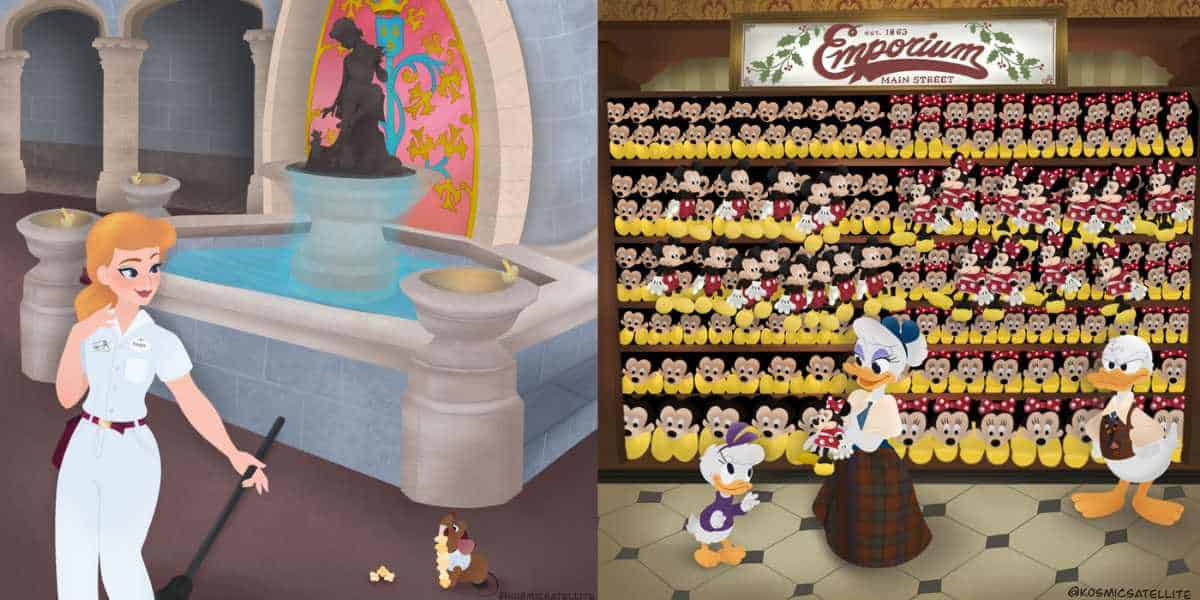 Cinderella as a custodian, Donald Duck as an emporium worker/Courtesy of Kelly Seserko, @kosmicsatellite

But there is another aspect to the Disney experience—the Disney characters we know and love that some Cast Members even dress up as and play in the Parks. Character meet ‘n’ greets are one of the most beloved aspects of any Park visit. However, one artist flipped that concept slightly, delighting fans with a rendition of where our favorite Princesses and characters would fit in as Cast Members, detailing their roles and noting which Parks we’d find them in.

Kelly Seserko, @kosmicsatellite, shared this fan art, and we love it. 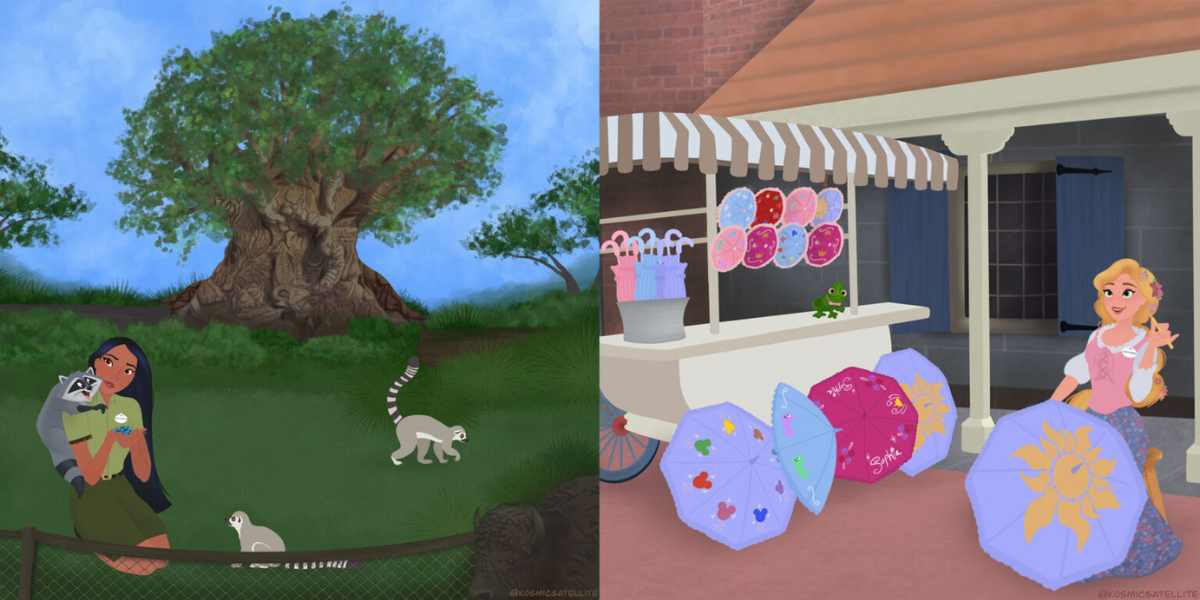 Pocahontas is imagined in Disney’s Animal Kingdom; Rapunzel is in her happy place, making artwork for visitors of Liberty Square. 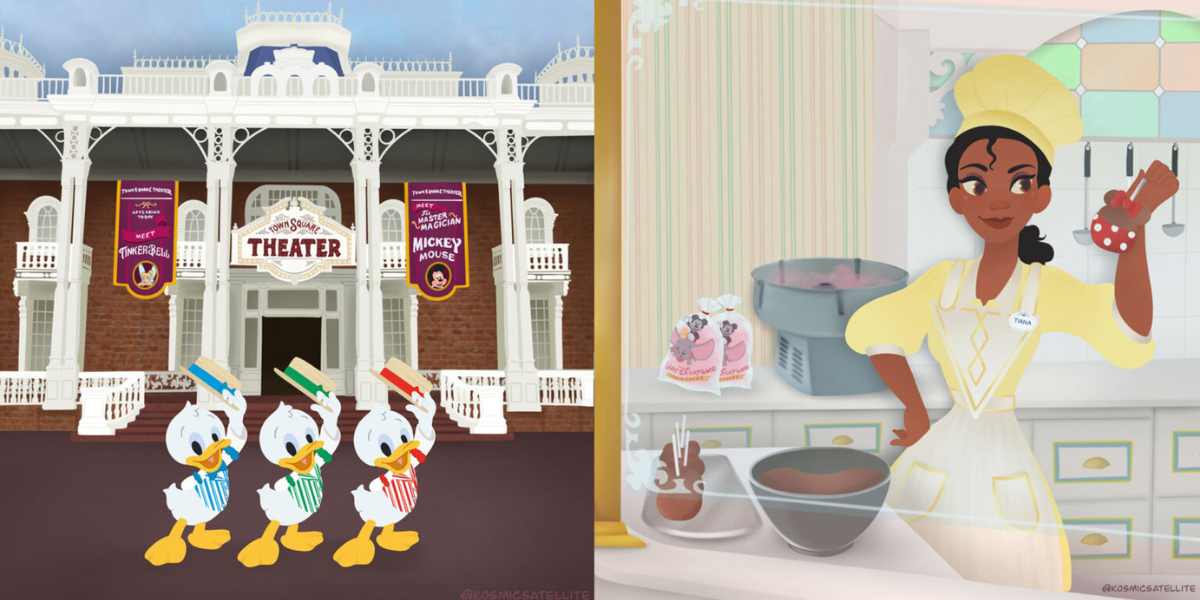 Huey, Dewey, and Louie sing their heart out on Main Street, U.S.A., as Dapper Dans. Princess Tiana is living her dream at The Confectionary, making delicious sweet treats for Guests to enjoy and partake in. 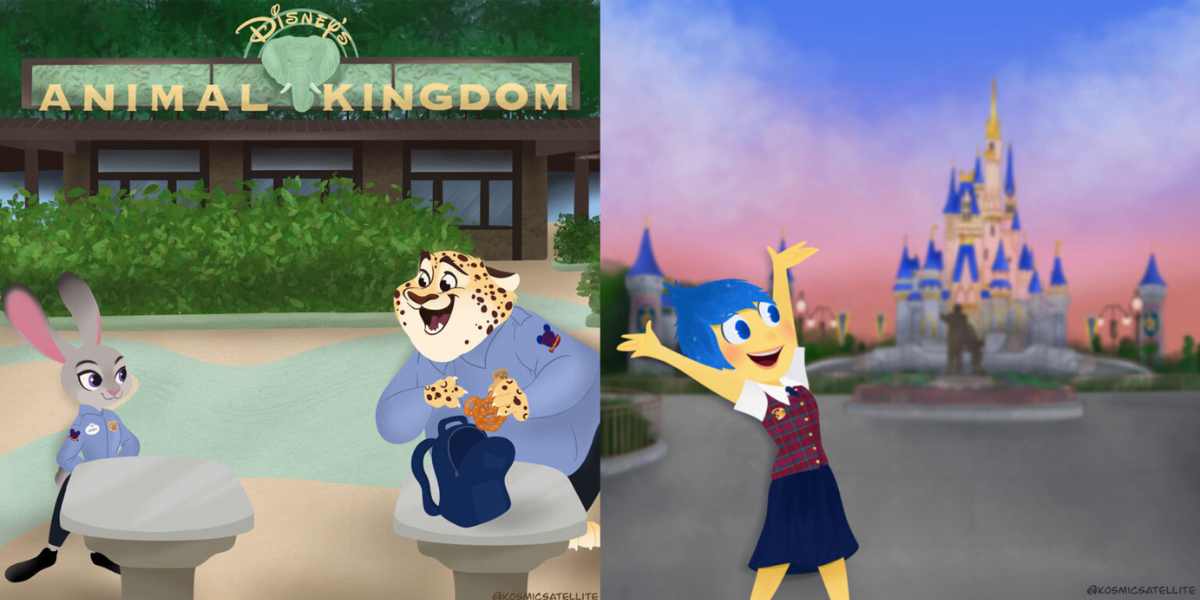 Security Cast Members Judy Hopps and Clawhauser keep the entrance to Disney’s Animal Kingdom safe and secure. Disney and Pixar’s Inside Out is also represented with Joy pictured as a Guest Relations Cast Member.