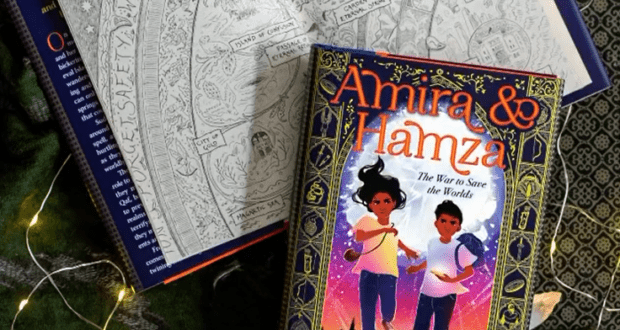 Although many Disney fans or Marvel fans’ favorite medium for Disney entertainment is Disney’s animated movies, there are plenty of Disney books that can be equally enjoyable–and there’s also plenty of books from outside the Disney or Marvel realm that can provide you with entertainment! These days, fantasy adventures have expanded in a very big way, with everything from middle-grade books to historical fiction becoming more inclusive, more out-of-the-box, and more imaginative. One new book that fans of Disney’s ‘Aladdin’ or Cornelia Funke’s “Dragon Rider” will love is “Amira and Hamza: The War to Save the Worlds” by Samira Ahmed. This book just came out in September, and it tells the story of two siblings who find themselves on a magical, mystical quest! 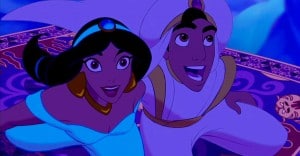 According to Bookriot.com, “this book begins when 12-year-old Amira and her little brother, Hamza, can’t stop arguing while attending a special exhibit on medieval Islamic astronomy. Upset, Hamza disappears and leaves Amira behind and stumbles upon A Box of the Moon, which is strictly forbidden. When Hamza grabs the box, it opens up magically…In a moment, day turns to night, everyone falls under a sleep spell, a piece of the moon breaks off and they even come face-to-face with two out of this world creatures known as jinn. No spoilers, but the adventure continues as the duo finds out thanks to jinn that they are part of an ancient prophecy”. 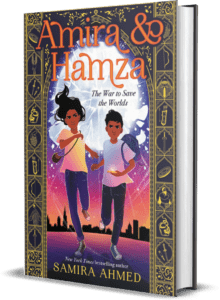 With exotic locales, mysterious jinn, and a fanciful enchantment to contend with, the two heroes of this story must work together to save the world. If middle-grade fantasy adventures are your favorite, then dive right on into this story–and if you think middle-grade books are too young for adults, think again! Books like this one can be fun for anyone, at any age, and they’re also great books to read together as a family while you’re all curled up for the colder seasons. Enjoy!