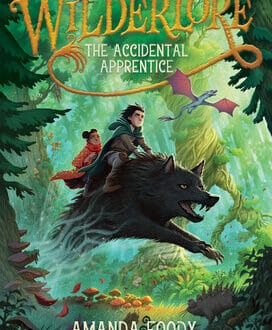 One of the best things about Disney stories is that they can appeal to anyone, young or old–and when it comes to fantastical adventures, Disney’s stories have a particularly universal appeal! Disney fanatics who have enjoyed stories like those of Hercules, Eragon, or Percy Jackson might find an equal amount of entertainment in one such middle-grade book series that was just published this year. ‘The Accidental Apprentice’, by Amanda Foody, features all the classic parts of a family-friendly adventure: an unassuming hero whose power is thrust upon him unexpectedly, sidekicks who provide support and comic relief, unique supernatural creatures, convincing villains, and a simple but effective plot. With the addition of Amanda Foody’s talent for descriptive writing that really helps readers imagine her world, this series stands out all the more! The book’s summary is as follows: “The last thing Barclay Thorne ever wanted was an adventure. Thankfully, as an apprentice to the town’s mushroom farmer, Barclay need only work hard and follow the rules to one day become the head mushroom farmer himself. No danger required. But then Barclay accidentally breaks his town’s most sacred rule: never ever EVER stray into the Woods, for within the Woods lurk vicious magical Beasts. To Barclay’s horror, he faces a fate far worse than being eaten: he unwittingly bonds with a Beast and is run out of town by an angry mob. Determined to break this bond and return home, Barclay journeys to find the mysterious town of Lore Keepers, people who have also bonded with Beasts and share their powers.” 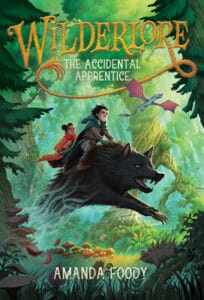 As evidenced by the book’s cover, ‘The Accidental Apprentice’ is most definitely a fun, vivid fantasy ride! Although this book does have some scarier portions, it would most likely be an excellent book to read aloud with children at bedtime–as long as said children are old enough to handle something on par with Percy Jackson when it comes to scary scenes and action. The sequel to this book, entitled ‘The Weeping Tide’, is scheduled to come out next year! 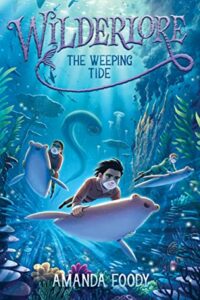