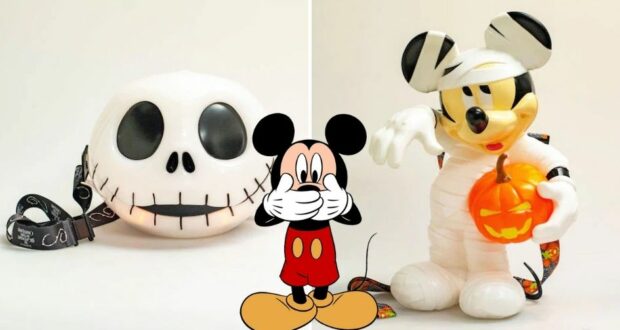 Calling all popcorn bucket collectors! We have some exciting news for you! Disney has revealed they are dropping not one, but TWO popcorn buckets this week.

Even though we may currently be fighting the Central Florida heat, Walt Disney World Resort is all talk about Halloween as they throw a Halfway to Halloween party. With a tease of special “spooky announcements” coming soon, we suspect we may learn more about the beloved Magic Kingdom after-hours Halloween party soon enough.

Not only is it looking like we’ll be able to finally make some Disney fall plans, but Disney is dropping two special Halloween-themed popcorn buckets this week in celebration of Halfway to Halloween.

Now, we’re seeing Halloween in April and May as Disney is releasing its Jack Skellington Popcorn Bucket at Magic Kingdom Park from April 28 through May 1 while supplies last. You’ll be able to find Jack Skellington at Liberty Square Popcorn Cart and various outdoor vending carts. Keep in mind that there is a limit of two per person, per transaction.

Looking for that adorable Mickey Mummy Popcorn Bucket? Look no further! Also available April 28 through May 1 while supplies last, the Mickey Mummy Popcorn Bucket will be available at Disney Springs at various outdoor vending carts on the West Side of the entertainment, shopping, and dining district. Again, the limit is two per person, per transaction.

Disney has yet to reveal the cost per popcorn bucket. We recommend that Disney Guests keep in mind that popcorn buckets are extremely popular! Arrive as early as possible for a chance to snag one of these adorable buckets.