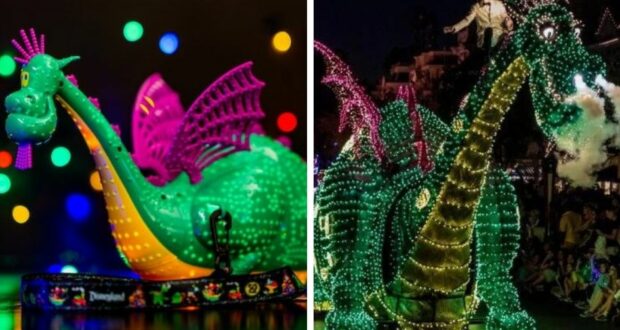 On April 22, Disney’s Main Street Electrical Parade will make its dazzling Disney Park return, and it appears some new merchandise will come with it–specifically another popcorn bucket.

According to Disney Parks Blog, two new limited-edition popcorn buckets will be released in celebration of the nighttime parade’s return: The Light-Up Elliot Dragon Bucket and the Light-Up Turtle Slipper Bucket.

Disney announced the news yesterday over social media in a special clip of the illuminated refillable souvenirs on Main Street, U.S.A. (and they make it clear sales will be limited to two per Guest). The Town Square Popcorn Cart will also be offering a new popcorn flavor, “Electric Pop: Brightly-colored kettle corn.”

This year, there is little doubt that the words “popcorn bucket” automatically trigger visions of EPCOT’s purple dragon Figment after what happened when it was released at Walt Disney World for the International Festival of the Arts. We at Disney Fanatic covered that Guests were waiting for five hours in a line that stretched throughout Future World to claim their $20 Figment bucket and that scalpers were also on-scene posting the items on eBay at over 100% mark-up before they seemingly even left the Theme Park.

The Main Street Electrical Parade is arguably even more of a Disney icon than Figment. Floats like Elliot from Disney’s Pete’s Dragon and the Turtles are some of its most memorable aspects. We are still over a week away from seeing the Parade return to the Disneyland Park Parade Route, and Disney has made it clear that the bucket will be available for the entirety of the Summer season. But, one has to wonder if there will be as big of a scramble for either of these items as there was for Figment. At this point, only time will tell. 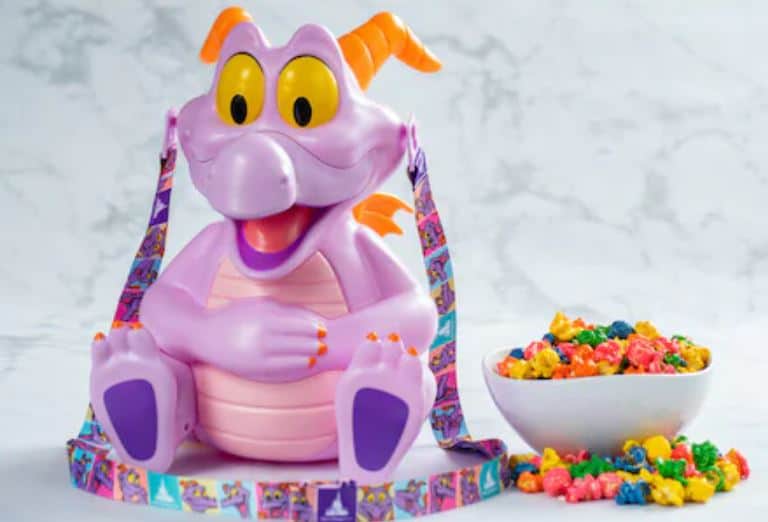 Purchasing a refillable Popcorn Bucket is an efficient way to cut back on snack expenses during your Disney Day–be it at Disneyland Park, Magic Kingdom, Disney’s Hollywood Studios, or any other participating Disney Park. The Main Street Electrical Parade makes its Disneyland Resort return alongside the fireworks show “Disneyland Forever” over Sleeping Beauty Castle and World of Color at Disney California Adventure Park.

We at Disney Fanatic will continue to update our readers on more Disney Parks news as more information comes to light.