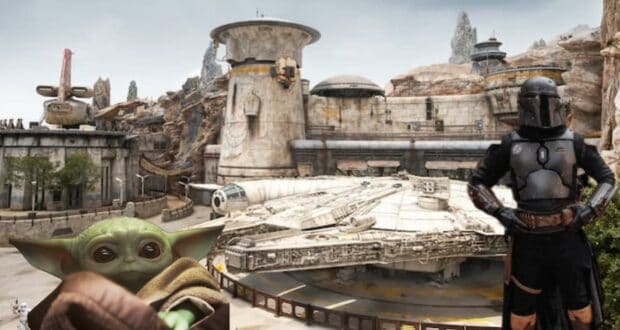 Some Guests at Disney Parks forget to ask Cast Members for photos properly, and recently, one Guest was immediately rejected for a photo-op.

The Walt Disney World Resort and Disneyland Resort are two of the best places for a Disney vacation. From finding your new favorite ride to frequenting some of the most magical attractions in the world, a Disney Park gives you that quintessential Disney experience that you enjoy.

But possibly one of the best parts of a Disney Park visit? Character meet and greets.

Every Disney fan loves the opportunity to come upon their favorite characters. It’s one of the best and most effective ways to get that immersive experience at a Disney Park. But sometimes, Guests leave their manners at home and behave in incredibly entitled ways, grabbing at Cast Members and characters without checking for consent first. Usually, that doesn’t give anyone that Disney ending they were hoping for.

♬ Love You So – The King Khan & BBQ Show

In the video, a Guest runs up to the character Boba Fett at Star Wars: Galaxy’s Edge to interact and likely take a photo with him. The Guest, however, rather than taking a moment to pause and ask Boba Fett for the picture, just grabs at him, and immediately the character pulls his hand away and keeps walking.

After being shared just days ago, the video has amassed over 400,000 views, with the majority of comments showing solidarity for the Disneyland Cast Member. One comment sums up the interactions on the viral video — “Consent… Learn it. Teach it. GET IT.”

It is also precisely this kind of behavior that has other Disney fans worried that the popular upcoming characters Grogu and the Mandalorian, who will make their appearance at Disneyland Park in mid-November, will be harassed. Especially considering this kind of behavior has, in fact, already been seen with the likes of Gaston from Beauty and the Beast (1991),  Tarzan, and even Jack Sparrow from Pirates of the Caribbean.

At Disneyland Resort in Anaheim, Southern California, fans of the Star Wars universe can experience the feat of Imagineering known as Star Wars: Galaxy’s Edge, located in Disneyland Park.

Along with coming up close with a lifesize Millennium Falcon and the popular Star Wars: Rise of the Resistance attraction, Guests can also see famous characters like Kylo Ren, Rey, Chewbacca, Boba Fett, and the mercenary Fennec Shand strolling along the Black Spire Outpost in Batuu.

Whether it’s at Magic Kingdom Park, EPCOT, Disney’s Animal Kingdom or Disney’s Hollywood Studios in the Walt Disney World Resort or Disneyland Park and Disney California Adventure at the Disneyland Resort, Guests must always remember to treat Cast Members with consideration and respect.