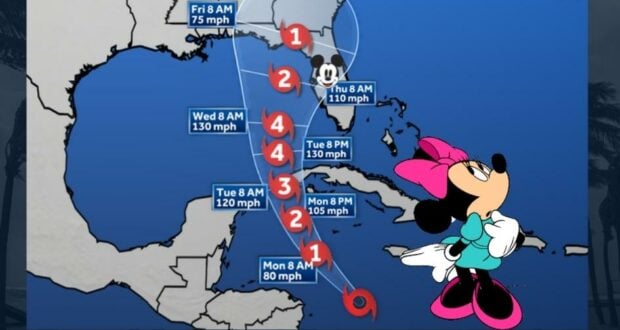 The National Hurricane Center (NHC) has released its 11:00 am advisory update. Tropical Storm Ian continues to list left, but Walt Disney World Resort, Universal Orlando Resort, and the rest of Central Florida remain in the “Cone of Uncertainty.”

The cone didn't shift at all. It narrowed a TINY bit.

“Ian is moving toward the west-northwest near 14 mph (22 km/h). A turn toward the northwest at a similar forward speed is expected later today, followed by a north-northwestward motion on Monday and a northward motion on Tuesday with a slightly slower forward speed…Maximum sustained winds are near 50 mph (85 km/h) with higher gusts. Rapid strengthening is forecast to begin later today or tonight. Ian is expected to become a hurricane tonight or early Monday and reach major hurricane strength Monday night or early Tuesday before it reaches western Cuba.”

Topical Storm Ian is still expected to reach the strength of a Category 4 once it enters the Gulf of Mexico, and is still expected to weaken when it becomes parallel with the Theme Park Capital, and eventually making landfall on the eastern end of the Panhandle on Friday morning. The Cayman Islands remain under a Hurricane Warning.

While there is still a lot of uncertainty about where Ian will go, the consistency between the 11:00 am full advisory, and 8:00 am intermediate advisory shows that we are slowly gaining confidence in where precisely we can expect this storm to go this week.

September 25th, 2022: 11am update for Tropical Storm Ian. Not much change to the forecast. Ian is still expected to develop into a major hurricane near Cuba and remain so into the eastern Gulf of Mexico. Uncertainty in the track remains high for the long term. pic.twitter.com/s1yLhkTERe

It should be noted that there are still European models that predict the storm will turn east sooner, so the exact impact this storm will have on the area is still unclear. All Guests should be expecting intense storm conditions beginning Tuesday or Wednesday. A State of Emergency remains in effect for the entire state. 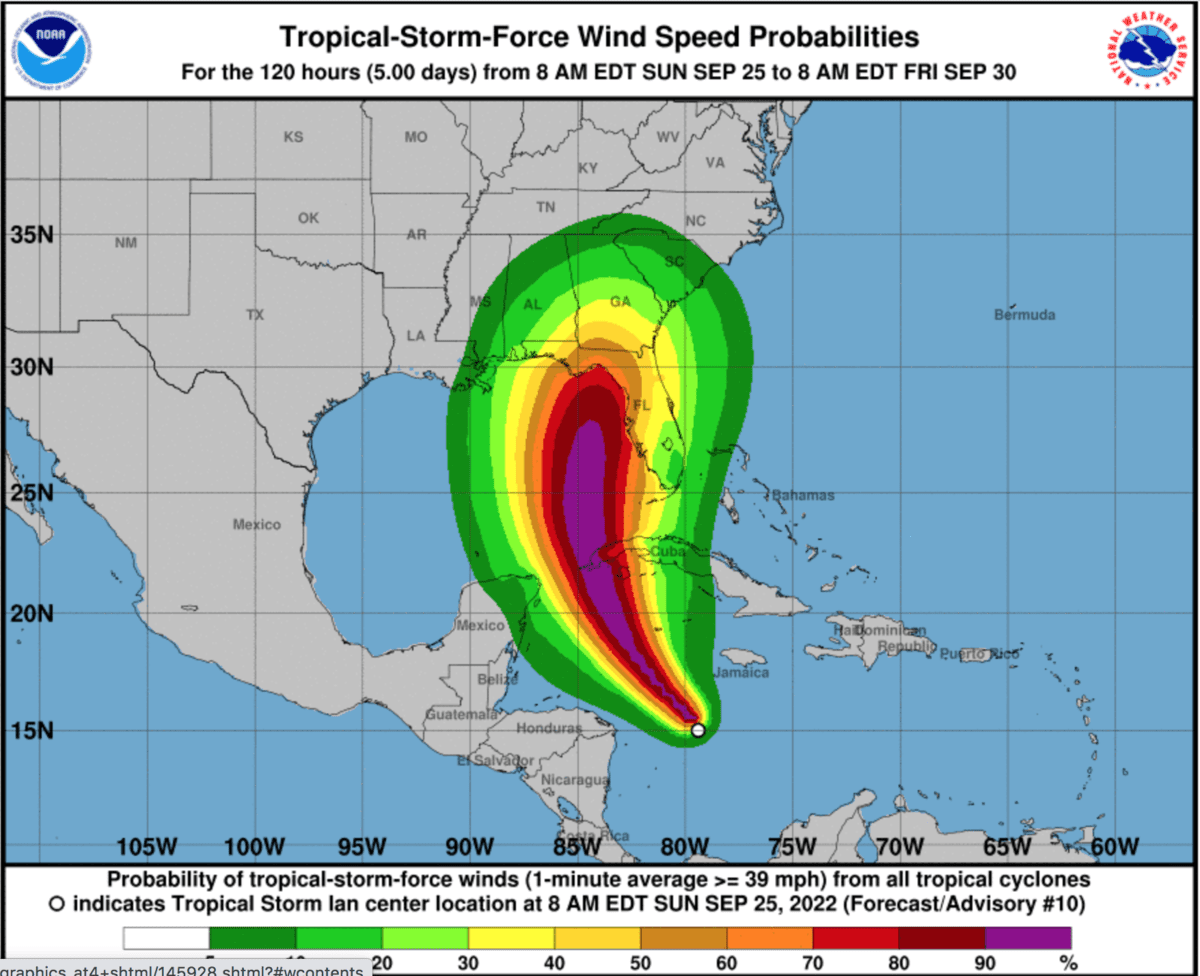 At the time of this publication, neither Walt Disney World nor Disney Cruise Line has issued official statements regarding any operational changes due to this storm. We want to reiterate that Walt Disney World Resort Hotels are some of the safest places to hold out a storm. In fact, scores of Florida residents will most likely be making last-minute reservations as part of their evacuation plans–this writer speaks from personal experience during Hurricane Charley.

We at Disney Fanatic will continue to update our readers on Tropical Storm Ian and how it can affect your Disney World and Disney Cruise Line vacation as more developments continue to come to light.