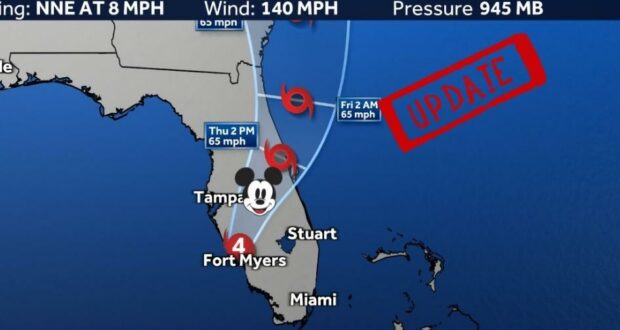 The Guests of Walt Disney World Resort, Universal Orlando Resort, and all of the other Guests and residents of Central Florida are in for a rough night.

The latest tracks and advisory from the National Hurricane Center show that the storm–which is still a Category 4 with sustained winds of 140 mph–is set to hit the area of Orange County as a Category 1 sometime between tonight and Thursday morning.

“Maximum sustained winds have decreased to near 140 mph (220 km/h) with higher gusts. Ian is a category 4 hurricane on the Saffir-Simpson Hurricane Wind Scale. Further weakening is expected for the next day or so, but Ian could be near hurricane strength when it moves over the Florida East coast tomorrow, and when it approaches the northeastern Florida, Georgia and South Carolina coasts late Friday.”

Tornado warnings are in effect throughout Central Florida as well.

There is also a concern for flooding. WESH2 Meteorologist Eric Burris tweeted a warning about massive amounts of rain, anywhere between 12-24 inches.

“It will come tonight, and it’s just too much,” he tweeted. “Please please please, be safe. If we say there’s a flash flood warning, there’s a reason. Please- common sense. If you’re in a flood prone area, let’s be sure to find higher ground before it’s too late…”

It will come tonight, and it’s just too much. Please please please, be safe. If we say there’s a flash flood warning, there’s a reason. Please- common sense. If you’re in a flood prone area, let’s be sure to find higher ground before it’s too late…

Throughout today, current Disney World Resort Guests were settling in, getting ready to shelter in place over the next day or so. Cast Members have also made special box meals available for purchase. Click the link below for our latest coverage of that story. 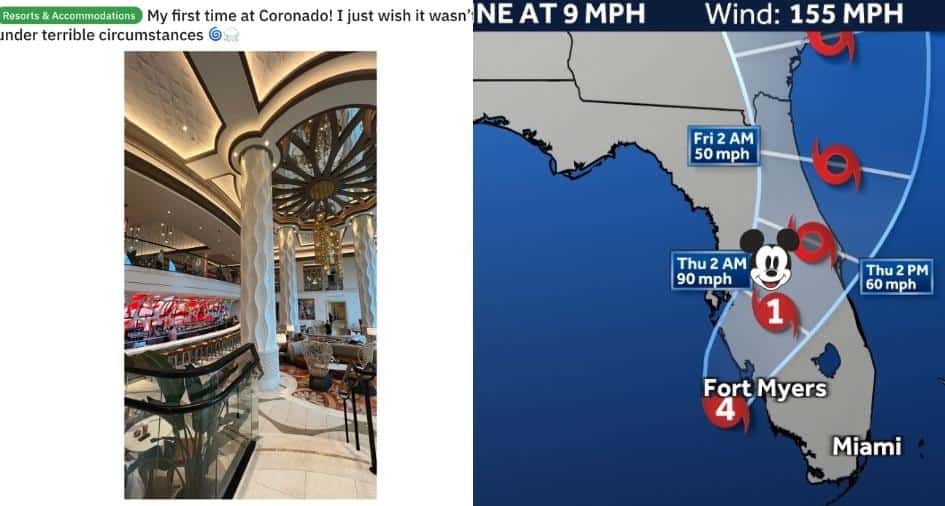 Orlando International Airport is now closed. Walt Disney World Theme Parks and Water Parks remain closed for Thursday, September 29. Port Canaveral also remains closed, and the sailing aboard the Disney Wish set to leave Friday, September 30, has been canceled as the ship remains out to see avoiding the storm.

While widespread power outages are expected throughout Central Florida, it is unclear if Disney World will lose power for its hotels at this time.

We will continue to update our readers on Hurricane Ian’s impact on Disney World and Central Florida as more developments come to light.