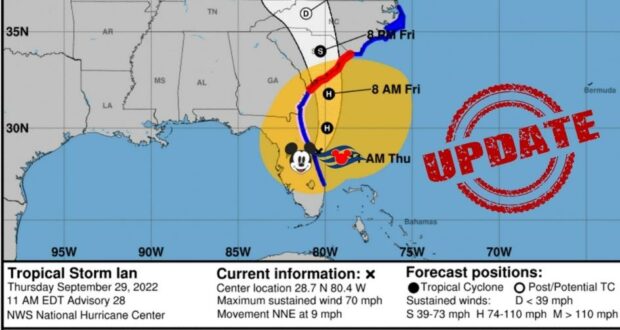 The storm center of Hurricane–now Tropical Storm–Ian has finished its crossing of the Florida Peninsula and is now in the Atlantic North East of Disney Cruise Line’s homeport, Port Canaveral. But the storm is far from over for the people in Central Florida, including the Walt Disney World Resort Area.

The NHC has just issued their 11am advisory for #Ian; Here's a look… More of course today on WESH 2 News… pic.twitter.com/8gQRUtYkpH

According to the National Hurricane Center’s 11:00 am advisory, 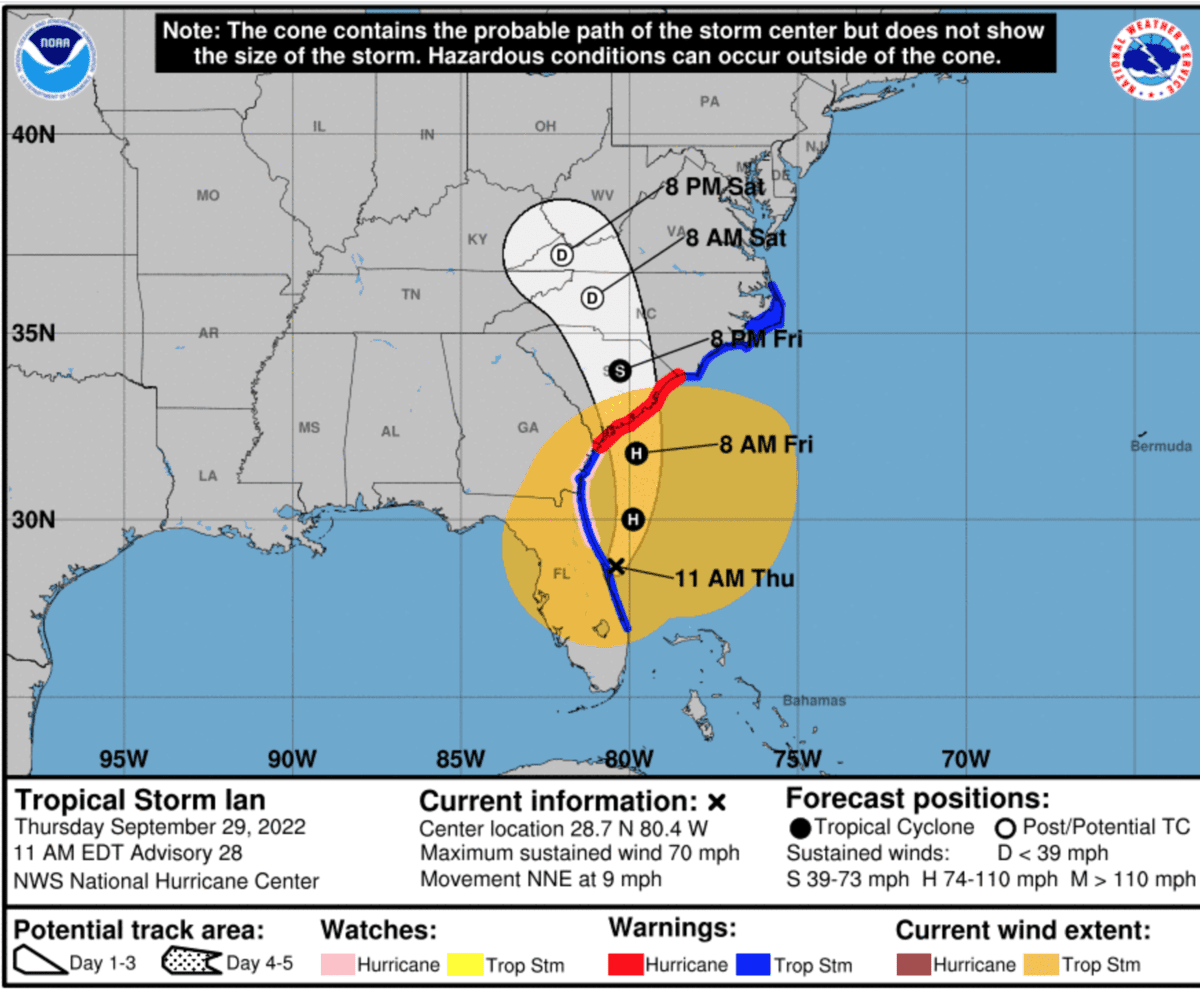 But Disney World Guests and Central Florida Residents are not out of the woods yet. Tropical Storm conditions persist throughout the area and most of the Florida peninsula.

According to WESH2 meteorologist Eric Burris, winds were recently reported still near hurricane caliber. Bands from the massive, slow-moving storm continue to dump rain on the already-flooded area as well.

Friends, we're not done. We're still very much in the storm.

Many in Orange County and the surrounding area are still without power, and rescue teams are already deployed to several areas.

Meanwhile, at the Walt Disney World Resort, Guests sheltering in place report that they still have power and they are staying dry.

Reports are coming in from individual Guests who spoke to Cast Members who claim that Walt Disney World Theme Parks will be expanding its closure through Friday, September 30. But there is still no official confirmation of that from Disney at this time.

The Mega-Resort released a statement shortly before this article’s publication, saying, in part,

“We are thinking of our neighbors across Florida. We will get through this together and will be there to help our cast members and community.”

We at Disney Fanatic will continue to update our readers on Hurricane Ian’s effect on the Walt Disney World Resort Area as more developments come to light.