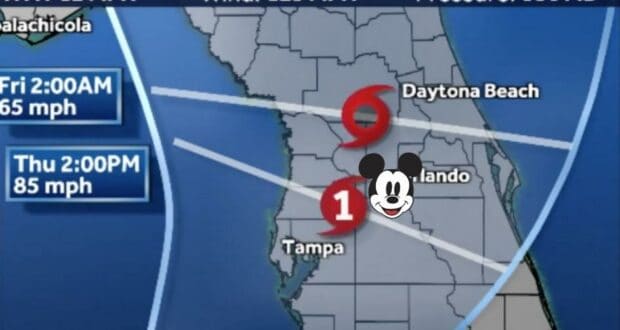 The National Hurricane Center (NHC) released its 8:00 am intermediate advisory, and it is a growing Category 3 as it finally enters the Gulf of Mexico, and it is expected to grow even more as it makes its final approach to Florida. It is tracking further east, and the extended “landing zone” appears to be from Tampa Bay down to Charlotte Harbor.

“At 800 AM EDT (1200 UTC), the center of Hurricane Ian was located by NOAA Hurricane Hunter aircraft, Cuban and Key West radar data near latitude 22.6 North, longitude 83.6 West. Ian is moving toward the north near 12 mph (19 km/h), and this motion is expected to continue today. A turn toward the north-northeast with a reduction in forward speed is forecast tonight and Wednesday… Maximum sustained winds are estimated near 125 mph (205 km/h) with higher gusts. Ian is a category 3 hurricane on the Saffir-Simpson Hurricane Wind Scale. Little change in strength is expected while Ian moves over Cuba.”

Tropical Storm Warnings are now in effect for the counties of Walt Disney World Resort, Universal Orlando Resort, and Disney Cruise Line homeport. this means that Tropical Strom conditions can arrive on the scene within the next 36 hours. 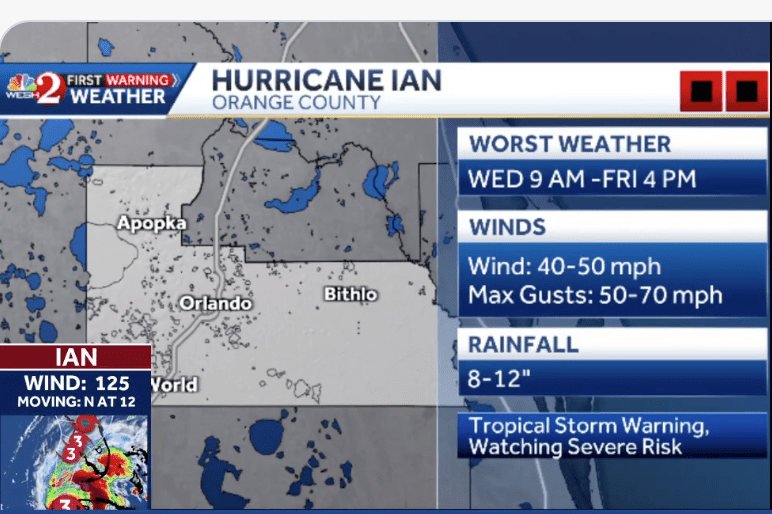 The new tracks show that Hurricane Ian could enter the vicinity of Orange County and Osceola County still as a Category 1 hurricane with winds from 45-75 mph winds at this point.

For Orange County, including Disney World, the worst weather is expected Wednesday at 9 am and to continue through Friday afternoon. Eight (8) inches to an entire foot of rain should be expected, with sustained winds of 40-50 mph and gusts as fast as 70 mph. Flood watches are in place.

At this time, WESH2 Meteorologist Eric Burris is expecting that the worst of the worst will be passing over Central Florida Wednesday night starting at 8:00 pm. 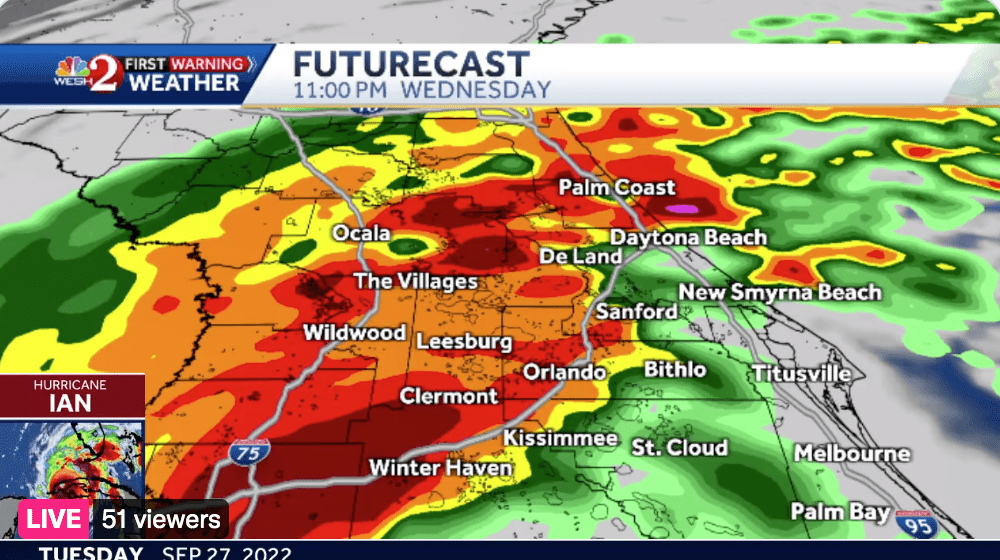 Mandatory evacuation orders are underway for the neighboring communities in the Tampa Bay Area.

As of this article’s publication, there are no plans to close Orlando International Airport any time soon, but all would-be fliers should continue to stay up-to-date with their individual airlines regarding any changes to itineraries.

We at Disney Fanatic will continue to update our readers on Hurricane Ian and how it will affect Disney World and Central Florida as more developments come to light.