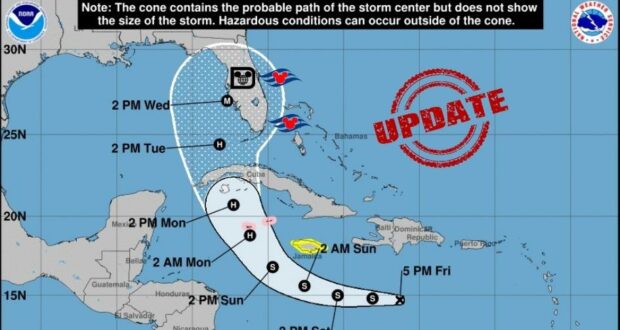 Florida Governor Ron DeSantis has declared a state of emergency for dozens of Florida counties, including one of Disney World’s, as the growing storm keeps its sights on the Sunshine State.

The latest advisory from the National Hurricane Center (NHC) still shows most of the Florida Peninsula in the “Cone of Uncertainty,” but it appears that the median track has shifted to the northwest, putting landfall closer to the mouth of Tampa Bay than Naples. Still designated at “Tropical Depression 9” right now, it is expected to become “Tropical Storm Ian” by noon tomorrow. 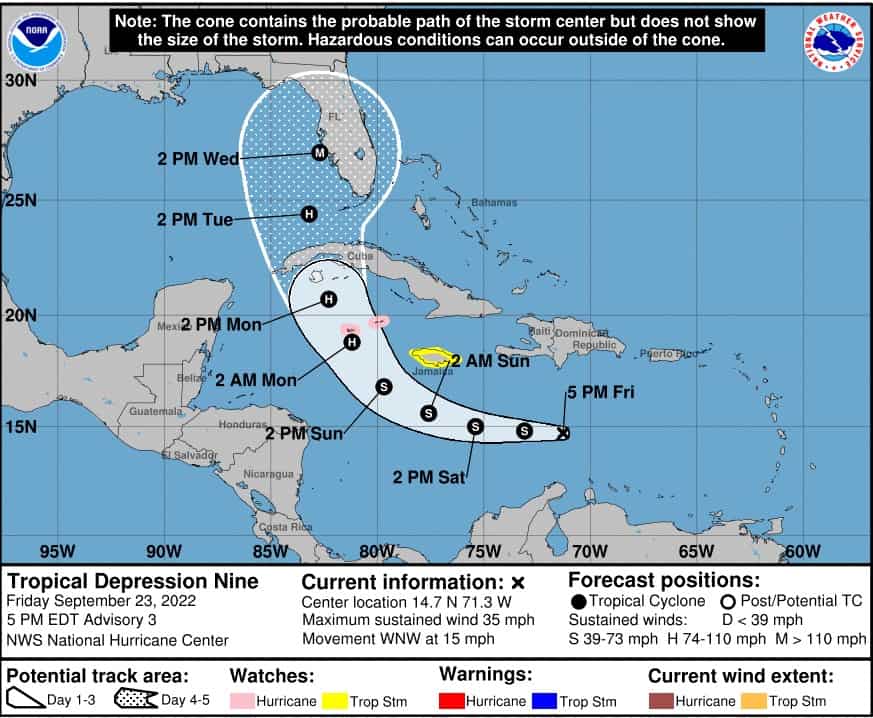 A hurricane watch has been issued for the Cayman Islands, while Jamaica sits under a Tropical Storm Watch. Again, the direct effect on Disney Cruise Line Caribbean Cruises remains unclear at this time. The storm is still expected to reach the strength of a Category 3 Hurricane, with sustained winds of 115 mph before it potentially makes landfall in Florida.

NHC has issued a full advisory; Here's a look at the latest stats; pic.twitter.com/Muizn5wpui

“The governor’s office said the declaration will make resources and support available to Floridians, as well as allocate funding for emergency protective measures.

Members of the Florida National Guard will be activated and on standby under this emergency order.”

“The severity and track of Tropical Depression 9 will continue to evolve. Because of this and the potential for dangerous storm surge, heavy rainfall, strong winds, flash flooding, and the potential for isolated tornadic activity,” the governor’s office wrote. “Governor DeSantis issued the State of Emergency for the following 24 counties.” Gov. DeSantis issued this state of emergency before the National Hurricane Center released its 5:00 pm advisory.

The counties now under the State of Emergency include:

Preparation activity is also underway at Orlando International Airport as the Greater Orlando Aviation Authority puts pre-storm procedures in motion at MCO and the Executive Airport.

WESH2 Reports, “Airport partners and airlines are planning to hold briefings in accordance to pre-storm procedure and authorities could also activate the hurricane emergency response plan.”

It should also be mentioned that this storm will no longer be called “Hermine.” The NHC reports that a separate system off the coast of Africa has developed faster and beat our storm to the name. This additional storm will have no effect on Florida.

Love how they say… 'but in the eastern Atlantic'… https://t.co/TkFXhEqvae

We at Disney Fanatic will continue to hold out hope that the storm continues to veer west of the State, and we continue to advise all would-be Walt Disney World Guests and Disney Cruise Line Passengers, as well as Universal Orlando Resort Guests, to stay up-to-date for any updates or cancellations to your vacation come in. We will also update our readers if any public statements are issued by either group.

While the projections seem pretty confident, there are still a lot of unknowns at this stage. We will be back with the next update from the National Hurricane Center at 11:00 pm EDT tonight and how it can affect your Disney Cruise Line and Disney World Vacation. 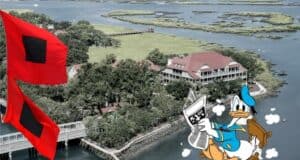