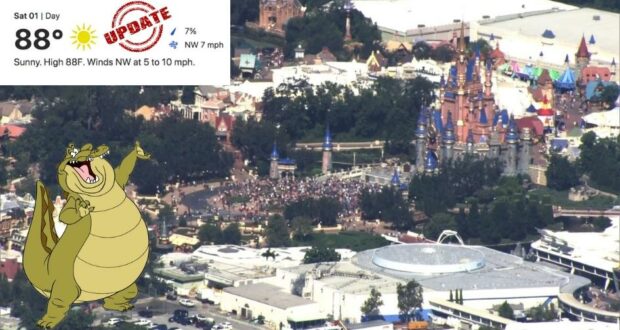 In almost the same fashion as a Disney Movie ending, the storm clouds are clearing over the Magic Kingdom. As the Theme Parks gradually return to normal operations, let’s take a look at the weather waiting for Walt Disney World Guests this weekend and Walt Disney World Resort’s 51st birthday.

After several cold, dark, stormy days, it appears this weekend will be warm and sunny once again!

Side bar, look at this Chopper 2 shot over the tourist district.

It's a stunning day… pic.twitter.com/3bP6yluJpS

According to Weather.com, it is going to be a beautiful day today, as well as a beautiful weekend. The next three days are forecasted to be filled with sunshine, clear skies, and temperatures ranging from the mid-to-high-80s down to the mid-60s at night. Calm winds and very little chance of more precipitation are expected. 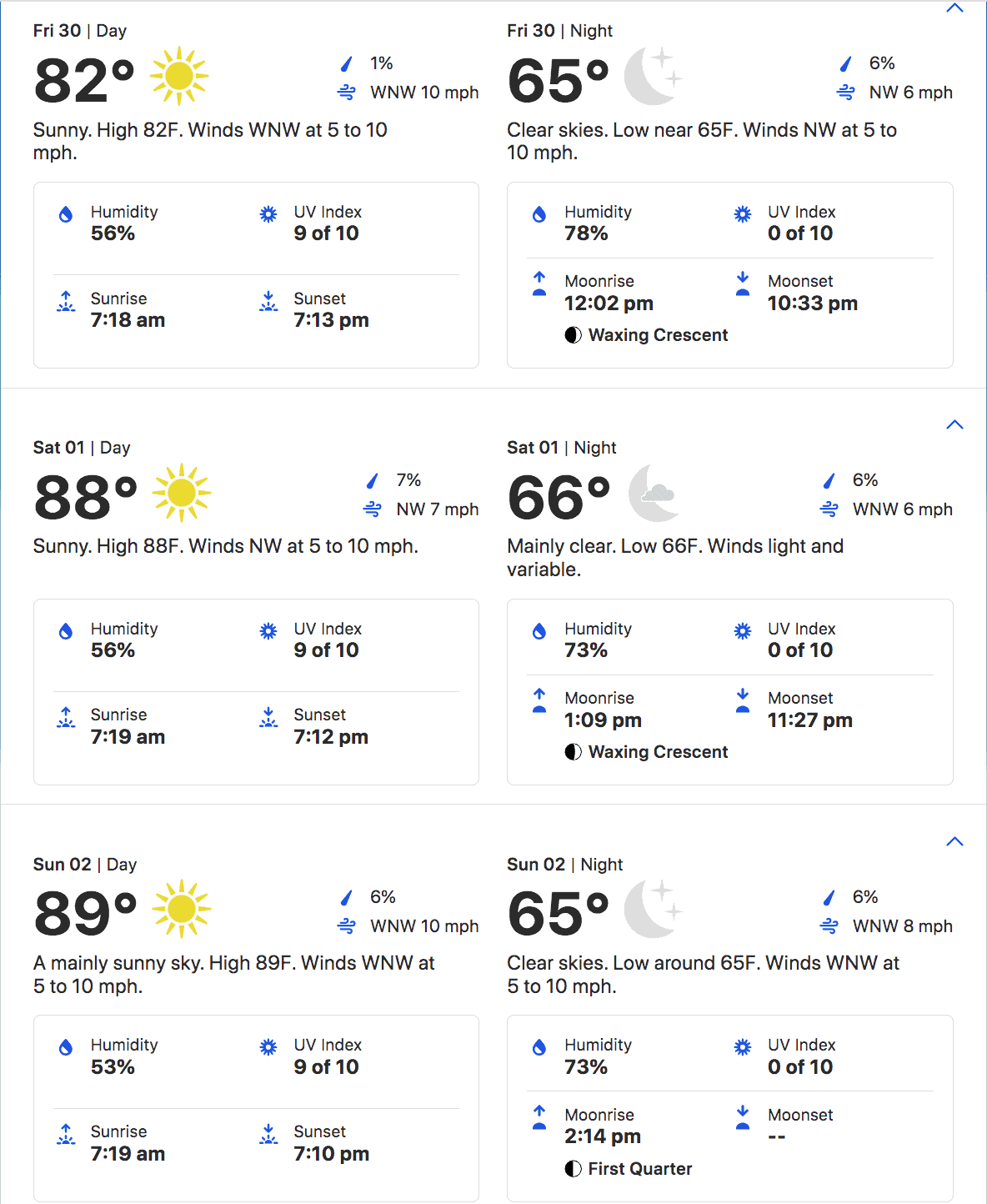 But it appears that crowds–whether or not they have been sheltering in place at a Disney World Resort Hotel–are eagerly returning to the Theme Parks. Aerial photos taken by WESH2 show groups of people in Magic Kindom Park and lining up to enter Disney’s Hollywood Studios. It should be noted that Disney World’s phased reopening involved opening each Theme Park one at a time, starting with Magic Kingdom and then opening Disney’s Hollywood Studios after EPCOT.

Busy over here too… pic.twitter.com/nlJM1sw2my

That being said, historic flooding persists throughout the Central Florida area. While the temptation to go have some fun at Disney World is strong, we at Disney Fanatic advise all of our readers to prioritize their safety. Stay clear of roads with standing water, and please yield to all emergency vehicles.

Storm damage in the “Most Magical Place On Earth” does appear to be minimal, allowing the Walt Disney World Resort to celebrate its 51st birthday tomorrow, Saturday, October 1.

We at Disney Fanatic will continue to update our readers on Disney World’s post-hurricane news as more developments come to light.