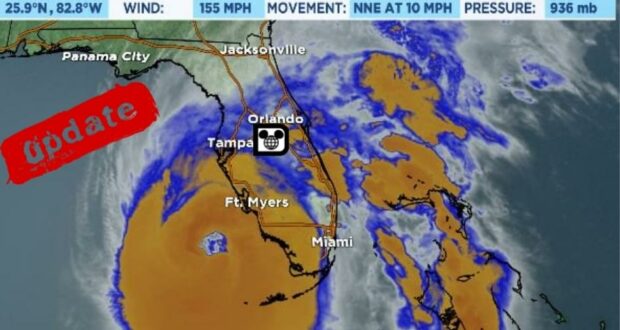 Hurricane Ian jumped from a Category 3, with sustained winds of 120 mph, to a Category 4 with winds of 155 mph overnight, as the Guests and residents of Central Florida brace for impact.

Over a foot of rain and a risk of major flooding are expected for the area of Walt Disney World Resort, Universal Orlando Resort, and the rest of Central Florida, including the Orlando Metro Area.

This general motion with a reduction in forward speed is forecast today, followed by a turn toward the north on Thursday. On the forecast track, the center of Ian is expected to move onshore within the hurricane warning area later this morning or early afternoon. The center of Ian is forecast to move over central Florida tonight and Thursday morning and emerge over the western Atlantic by late Thursday. Maximum sustained winds remain near 155 mph (250 km/h) with higher gusts. Ian is a category 4 hurricane on the Saffir-Simpson Hurricane Wind Scale. Ian is forecast to make landfall on the west coast of Florida as a catastrophic hurricane. Weakening is expected after landfall.

Ian is just 2 mph away from being a category 5. It is a category 4 right now with winds of 155 mph. pic.twitter.com/A6LRRGv3Il

As we previously reported, Walt Disney World, Universal Studios, and the other Theme Parks have already closed their Theme Parks for the day. Some more vulnerable lodging options like Disney’s Fort Wilderness Resort and Campground have also been closed by Disney, and all straggling Resort Hotel Guests need to be checked in by 3:00 pm today.

There have been a lot of comparisons made between Ian and another major hurricane that hit the Disney World area 18 years ago, Charley. Here are the biggest difference from the Deputy Director of the Hurricane Center: Ian is bigger and slower. That means longer exposure to a lot more rain and wind. And the deputy director tells those in Central Florida that the flooding and heavy rains are the biggest concerns for the area.

I just spoke to the deputy director of the hurricane center.

Take a listen to what he has to say…https://t.co/5pYFGWtlk0

As we previously reported, Orlando International Airport will be closed to all non-emergency air traffic at 10:30 am today.

Over at Port Canaveral, Disney Cruise Line’s Disney Wish announced that it would not return home on Friday, expending its current cruise and causing the cancellation of the sailing set to embark on Friday afternoon. 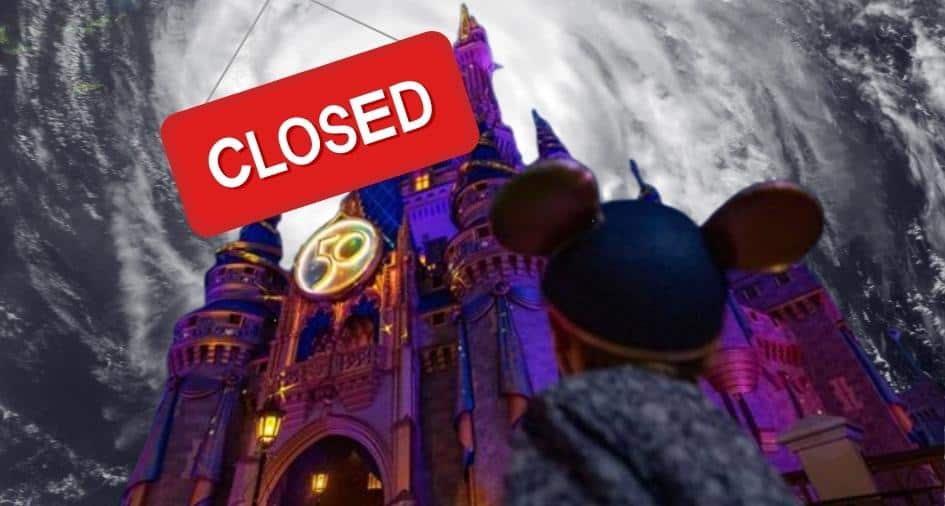 Turning specifically towards the Disney World area outside Kissimmee. A hurricane warning is still in effect. Hurricane-force conditions are expected to arrive in the area. Tornado Warnings are also in effect for Orange County.

The worst of the storm is still expected to hit today and Thursday. There is still some speculation on where the eye is exactly going to be, but Tropical Storm force winds AT LEAST should be expected with, again, a LOT of rain. 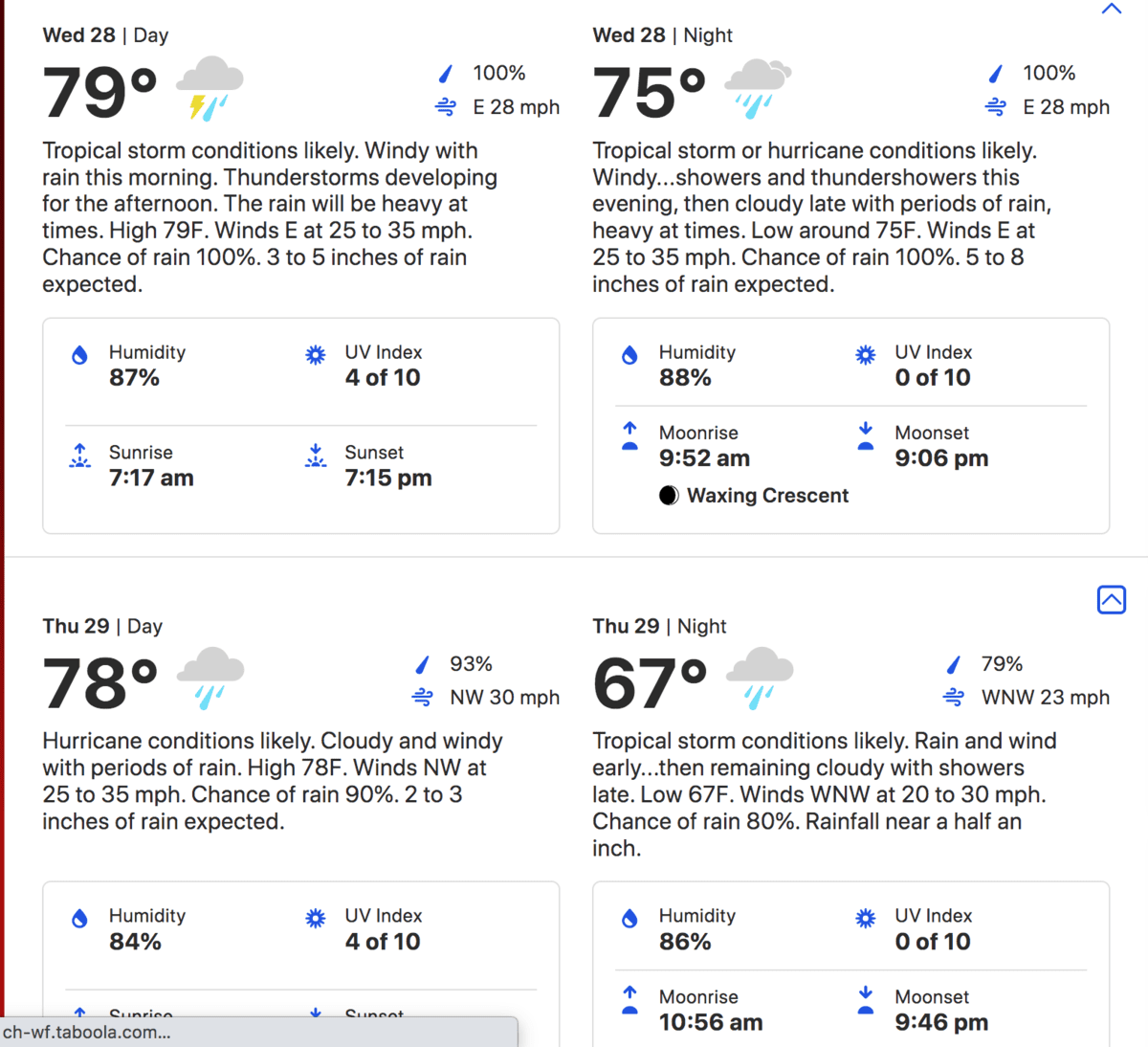 Between today and Friday, the Disney World Area is supposed to get over a foot of rain as this storm moves heavily and slowly over the peninsula. 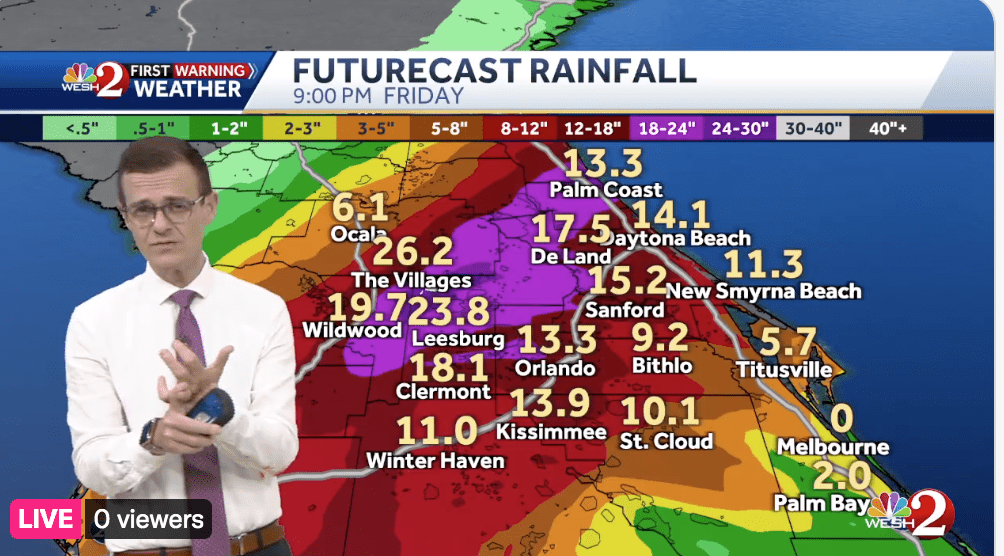 Disney World Transportation is now closed except for limited Minivan and Taxi service for pre-existing breakfast reservations. Disney World Guests should be ready to shelter in place as soon as possible.

We at Disney Fanatic will continue to update our readers on Hurricane Ian and its impact on Central Florida as more developments come to light throughout the day.