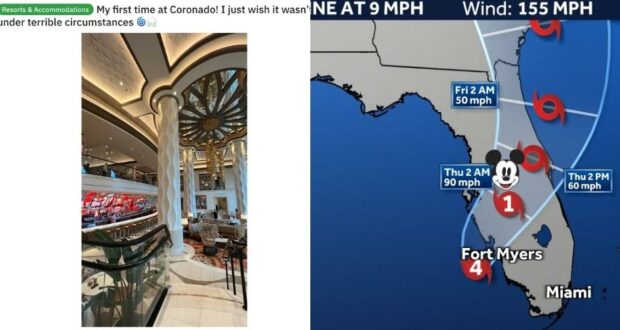 After enjoying one last breakfast, Guests of the Walt Disney World Resort have begun getting comfortable in their Resort Hotel as Hurricane Ian–on the verge of being a Category 5–prepares to make landfall.

The NHC has just issued their 11am advisory for #Ian; Here's a look… More of course today on WESH 2 News… pic.twitter.com/c4KxFCkqkl

According to the National Hurricane Center’s 11:00 am update,

“The center of Ian is expected to move onshore within the hurricane warning area in a few hours, move over central Florida tonight and Thursday morning and emerge over the western Atlantic by late Thursday… Maximum sustained winds remain near 155 mph (250 km/h) with higher gusts. Ian is a category 4 hurricane on the Saffir-Simpson Hurricane Wind Scale. Ian is forecast to make landfall on the west coast of Florida as a catastrophic hurricane. Weakening is expected after landfall, but Ian could be near hurricane strength when it moves over the Florida East coast tomorrow.”

The NHC updated its advisory at 12 noon, and the eye wall is not making landfall on Sanibel and Captiva islands. 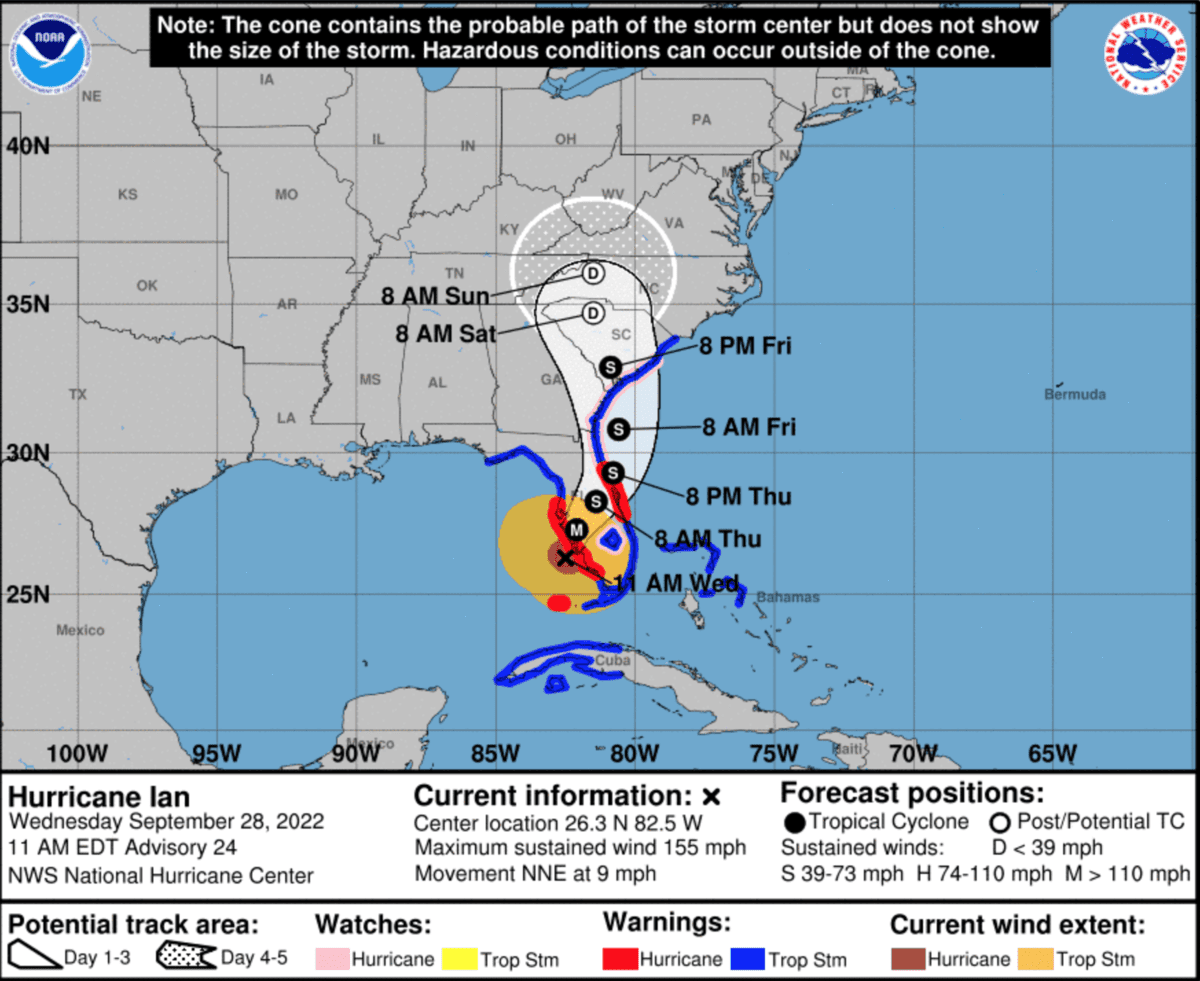 Guests and Residents in the area of Disney World, Universal Orlando Resort, and the Orlando Metro Area should will be facing tropical storm force winds with high risks of flooding, and tornados. While this storm has slowed slightly, we are still expecting Hurricane Ian to be clear of the area by this weekend.

But the lingering Disney  World Guests have taken to Reddit and begun to share their experiences and what they are planning to do to pass the time rather than watch the weather.

My first time at Coronado! I just wish it wasn’t under terrible circumstances 🌀⛈️ from WaltDisneyWorld

One family took advantage of Disney Springs and bought a lot of LEGOs to build together.

Another suggested board games and DIY games, saying,

If you get really bored, there are pub board games that you could recreate fairly easily with pen and paper: Skull, One Night Werewolf, coup, love letter, liars dice, cheese thief.

Then there is the entire standard deck games like Gin, Kings on the Corner, War.

We cleaned up our room and are thinking of going for breakfast in a bit. We’re in coronado, outside buildings, but it looks okay to walk around. I’m hoping to do some laundry later. We have some games and books. We also charged all our powerbanks, we probably won’t lose power but it makes me feel better to know we’ll have power. Stay safe!!!!

“If you are in a resort that is interconnected indoors, take frequent walks outside your room to stretch your legs and walk around for a bit.

“If not, just try to stay safe and endure it.”

Overall, it appears that morale is high, and Disney World Resort Guests are attempting to stay positive as they brace for this storm.

that sunset over Coronado Springs before storm from WaltDisneyWorld

Orlando International Airport closed to all non-emergency traffic at 10:30 am this morning. All remaining Disney World Resort Guests have until 3:00 pm today to check in to their hotel. Special box meals are now available for purchase, and Guests should be prepared to receive special instructions from Cast Members, depending on how the situation develops over the coming hours.

We at Dinsey Fanatic will continue to update our readers on Hurricane Ian, and its impact on the Disney World Area as more developments come to light.