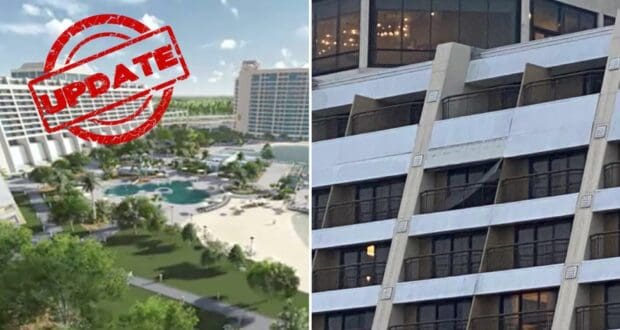 There are now reports of the damage sustained by Disney properties affected by Hurricane Ian as the storm sweeps over Florida.

Earlier today, we reported on the Disney Parks Twitter account’s official update from Disney’s end regarding the situation at the Central Florida Disney Park. The Disney Resorts and Cast Members have been working hard to ensure Guests are taken care of and have their needs met.

We also now have some reports of the damage being seen at the Walt Disney World Resort and Disney’s other properties.

In particular, Gotta Go Orlando took to Twitter to share the latest update on the damage sustained by Disney’s Contemporary Resort due to Hurricane Ian.

As seen in the photo two panels have fallen off, with exterior damage visible on the main tower building.

This isn’t the only coverage of the impact of Hurricane Ian on Disney properties. Many online streamers also shared videos and footage of their experiences navigating Hurricane Ian’s impact on many a Disney Resort and hotel Disney’s Fort Wilderness Resort, and even Disney Springs.

Here is a look into what steps Disney’s Wilderness Lodge is taking to keep things safe and safeguard the Guests and the property.

Some Disney Guests even took to TikTok and other social media platforms to share how they handled the evcauating notices before Hurricane Ian made landfall.

Walt Disney World Resort has already closed its Resort Hotels’ flood-prone areas, relocated current Guests to safer accommodations, and refunded immanent Guests. Continuing through to today, current Theme Park Guests have been settling in, getting ready to shelter in place over the next day or so. Cast Members have also made special box meals available for purchase.

At this time, Disney’s biggest competitor, Universal Orlando Resort is also closed down for the hurricane.