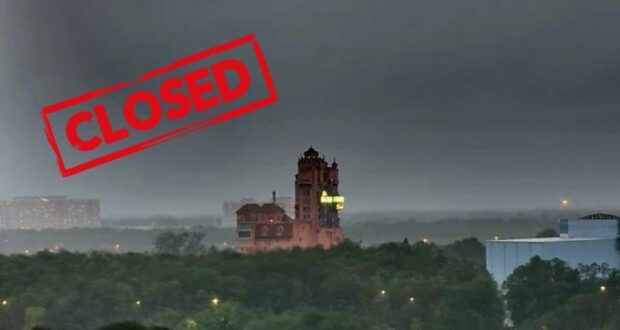 As Walt Disney World Resort, and the rest of Central Florida, assess the damage from Hurricane Ian’s evening pass, it appears that an extended Theme Park closure could happen. One Guest sheltering in place on Disney World property took to Reddit, and said,

Staying on site at port Orleans, was chatting to the cast members there about the parks opening this weekend.

Was Told CMs are being notified that parks on Friday will also be closed for hurricane Ian, and Saturday might be a late afternoon start.

The said they should be announcing it to everyone later today

Tower of Terror facing down Ian earlier 🌀 from WaltDisneyWorld

It should be mentioned that this report is still unconfirmed, as Disney World’s weather update still only says that Magic Kingdom, EPCOT, Disney’s Hollywood Studios, and Disney’s Animal Kingdom are only expected to be closed through Thursday, September 29. 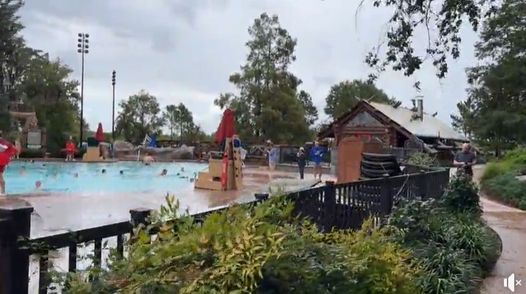 Disney World Resort Guests have been sheltering in place at the Resort Hotels since Tuesday night, and we at Disney Fanatic have been sharing their shared unexpected adventure through this ordeal. Guests staying at Disney’s Fort Wilderness Resort and Campground and other higher-risk areas were closed, and Guests staying in those areas were relocated to more secure hotel accommodations. Special Box meals have been given out, and some special Character Experiences were brought in to keep the smallest Guests’ spirits high.

Disney World had previously extended partially used its multi-day Theme Park tickets through Friday, September 30, 2023. So, if this closure is confirmed, then a further update regarding the validity extension of these Guests’ Theme Park admission is questionable.

We at Disney Fanatic will continue to monitor this story and will update our readers as more confirmations and developments come to light.