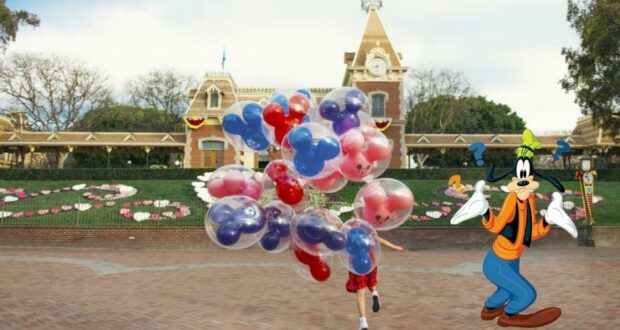 A new work attendance policy has gone into effect for Disneyland Resort that has a few outspoken Cast Members up in arms, concerned that enforcement of this change will result in an increase in firing and resignations among an already-shortened staff. Let’s take a look.

The new policy was shared on Twitter by @DisneyDragon, who said, “RIP Disneyland cast, hope you don’t get sick more than 3 days a year.”

A closer look at the screenshots shows that the attendance policy is now based on hourly measurements rather than a points-based metric and holds Cast Members more strongly accountable for the billable hours that they miss. Disneyland then defines what is considered “Excused Missed Time” and “Unexcused Missed Time with an Acceptable Reason.”

Excused Missed Time includes “Qualified medical or family care leave, as provided under company policy and/or applicable leave laws,” “Time off as a reasonable accommodation for a disability,” and “any other type of absence protected from discipline by law.” According to current California state law, legally protected missed time currently includes those who contract COVID-19. “Unexcused Missed Time with an Acceptable Reason” is defined as the following: “If a Cast Member provides required notice and an acceptable reason for missed time that is not legally protected, but the Cast Member either has no available paid sick time or chooses not to apply available paid sick time, the missed time will be considered unexcused and will count toward progressive disciplinary action.” Either way, all Cast Members are required to provide notice of an absence, tardiness, or release of shift at least two hours before the shift is scheduled to start, or “as soon as practicable in the case of unforeseen circumstances,” and are unable to attend a Disney-sponsored event or visit Disney property as a Guest on days absent due to an “unexcused or unacceptable absence.” 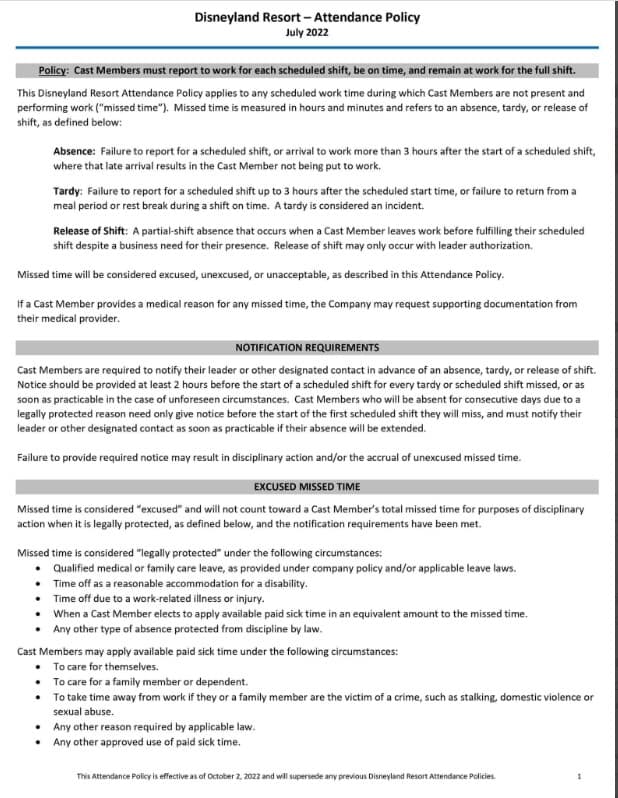 Cast Members are able to divide up the hours of their allotted paid sick leave up to the full extent of their scheduled shift and can devote any amount less than that if they choose. For example, Cast Members set to work an eight-hour shift on property–be it Disneyland Park, Disney California Adventure, Downtown Disney District, or the Disneyland Resort hotels–will be able to devote eight hours’ worth of paid sick time. They will not be penalized for any previously scheduled overtime. 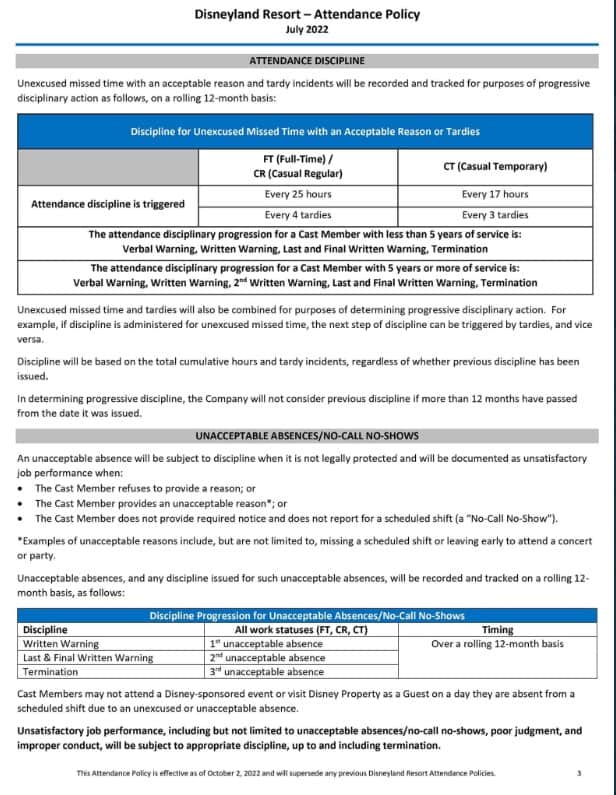 This means that Full-Time and “Casual Regular” Cast Members will theoretically be able to exceed their paid sick time by at least 75 hours for “Unexcused Missed Time with an Acceptable Reason” before facing termination. But the key note here is that Cast Members need to communicate an acceptable reason for missing work.

Now, it appears that outspoken Cast Members and Guests on Reddit are of the mindset that all missed time will be considered unexcused, like the person who shared the policy pages on Twitter. But one person jumped in to see the need for the policy change, saying:

“I’ve seen FT cms, fully call out for weeks at a time, with no repercussions. It’s the same people who call out for 50% of their shifts, that ruined it for everyone.

“Does it suck? Absolutely. But did we do this to ourselves? Yes. We had such a lenient Policy to begin with, no other comparable company had anything close to what we had. We have no one to blame but our selves.

“Will it lose CMs? Possibly. But you know what else sucks? Having to pull a double because the same people call out. And yes, I realize I might not know what’s going on in someone’s life to justify a call out. But when the same cms, are calling out for 5 days, come into work for 1, and then call out again what choice does that leave the people who do show up? I’m tired of coming into work and being told ‘thanks for showing up, but I have to extend you cause of call outs.'”