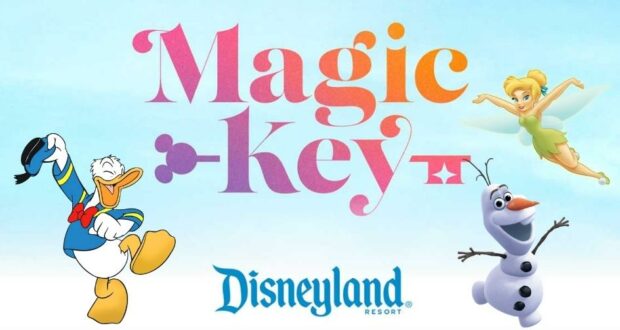 It appears that the Disneyland Resort will finally open renewal opportunities for its “Magic Key” annual passes.

According to Theme Park insider Scott Gustin, Disneyland Magic Key renewals will reopen on August 18 for Inspire, Believe, Enchant, and Imagine tiers. The Dream Key is still gone. All pre-existing tiers will see price increases and blackout dates. The most affected by blackout dates is the Imagine Key which only offers Theme Park access to Disneyland Park and Disney California Adventure Park on weekdays, Monday – Thursday.

Renewals only – no new sales (for now). Dream Key gone.

Each Magic Key tier will offer different levels of savings, but only the most expensive tier will receive complimentary parking. Tiers also vary on the number of Theme Park Reservations one can hold at one time, and unlike the new Annual Passes at the Walt Disney World Resort, some tiers still include PhotoPass. In Disney’s continued push of the system, all tiers will be able to take advantage of a 20% discount on Genie+.

All new sales are still suspended, but those Fanatics whose Magic Key expired before August 18 can still call Disneyland to claim their renewal.

– Disneyland said renewals will begin on Aug. 18 *no earlier than 9 a.m.*
– A virtual queue system will be used.
– If your pass has expired or will expire before Aug. 18, you can call Disneyland anytime between Aug. 18 and Aug. 31 to renew your pass.

All Fanatics looking to renew their Disneyland Magic Key option should keep in mind that a virtual queue system will be used, and renewals will open at 9:00 am.

On the other side of the United States, most of Disney World’s Annual Pass sales also remain exclusive to renewals, with only the Pixie Dust Pass available for new purchases by Florida residents.

Please be sure to visit the Disneyland Resort website for the most up-to-date information regarding these new passes, including blackout dates.