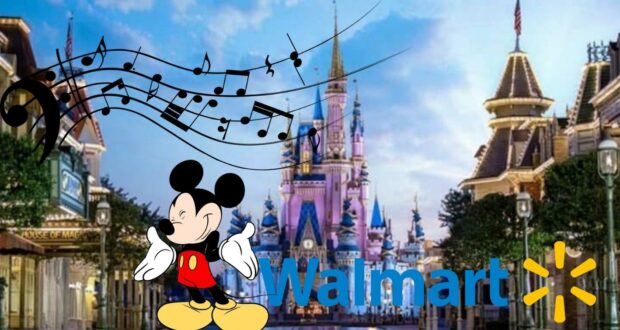 One Disney fan walked into their local Walmart to find the convenience story playing some classic Disney Parks music.

The Disney Parks are an experience. Fans from all over the world flock to them to get their taste of the Disney magic. But it’s not just about the many wonderful attractions and rides at a Disney Theme Park that has Guests coming back. A Disney Park is a truly immersive experience, be that the Walt Disney World Resort and its Parks—Magic Kingdom, EPCOT, Disney’s Hollywood Studios, and Disney’s Animal Kingdom—or Disneyland Resort with Disneyland Park and Disney California Adventure Park,

One of the most crucial ways the Disney Parks experience is immersive is through the music we know and love. Every Disney Guest knows when they’ve entered Fantasyland or Frontierland because the music immediately sets the tone and mood. The same goes for the music on a ride or attraction as well. Think Tomorrowland and its particular vibe.

But of all the places you’d expect to recall Disney, your local Walmart is probably not high on the list. Except now, it just might be.

One Disney fan, @justinegar, on Twitter shared a video showing just that:

Which one of you is in charge of the music at Walmart? pic.twitter.com/uDeMMkegLE

The song that’s playing? None other than the Disney Parks classic, “There’s a Great Big Beautiful Tomorrow.” It’s one that is incredibly famous within the Disney Parks community, specifically those who have a love for Walt Disney World in Orlando, Florida.

As many Guests might know, it’s the song that’s played on the Carousel of Progress and is the main theme of the attraction. 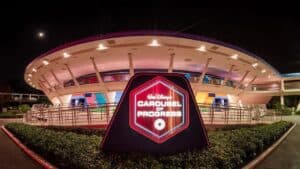 Twitter users were delighted at this development and added their own memories of the music.

@justwaltmore commented, “Soo we went on this for the 1st time Oct 6th and this song was being sung walking back over the bridge to the hub.. just a great memory so of we heard this we would prb die laughing lol.”

Another user, @pinkthembo, mentioned it wasn’t just this Walmart that was playing Disney music.

i wonder if you’re close to me or if walmarts are putting it on loop for some reason. the poinciana walmart was playing it on sunday and we were pretty psyched about it lol

Whatever the reason may be, it was a wonderful surprise for these Disney Guests and fans who had fond memories of their time at the Disney Park.