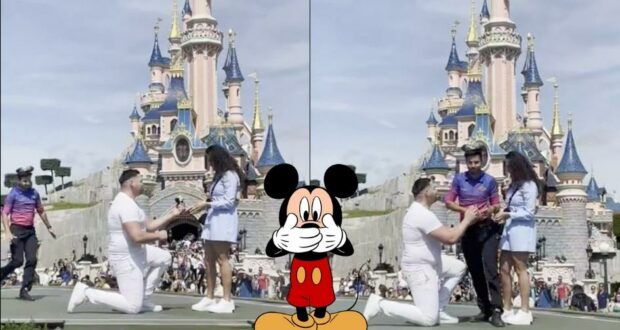 A Disney Park proposal can be one of the most magical ways to begin the journey to a couple’s happily ever after. But it can also backfire drastically, and not just from the usual rejection.

In one case coming out of Disneyland Paris, a man tried to propose to his girlfriend in front of Sleeping Beauty Castle when they were interrupted by a Cast Member who not only removed them from the area but also confiscated the ring. The Guests’ problem: they trespassed in a restricted area.

The video of the hijacked proposal was caught on video and uploaded to Reddit by u/wasgehtlan.

This takes the cake.. (Ring🤔) A Disney employee snatches a ring mid proposal from weddingshaming

The couple is on one of the stages surrounding the castle. The man is on one knee. The ring is presented. The woman puts her hands over her mouth in shock, taking in the sight before her. And just before she can say yes or not, a very sassy Cast Member swoops in between them and snatches the ring out of the Guest’s hand, and directs them off the stage. However, the Reddit user who uploaded the video claims that his friend got permission from other Cast Members beforehand. 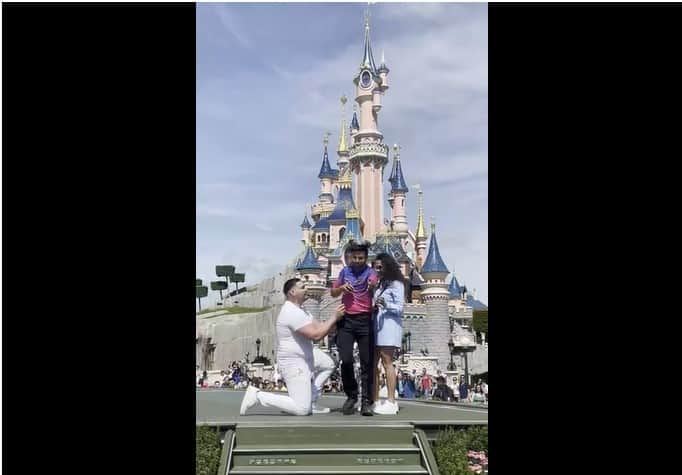 Each Disney Park is different, and those differences extend to the Cast Members and how they handle certain situations. In this case, this Cast Member had zero issue completely destroying the magic for this couple and one has to wonder how Disneyland and Disney World Cast Members would handle the situation.

It should also be noted that Disneyland Paris has had difficulties keeping Guests from trespassing on these smaller stage areas spread out around the central hub, and the Cast Member could have been trying to prevent any other Guests from getting any ideas. 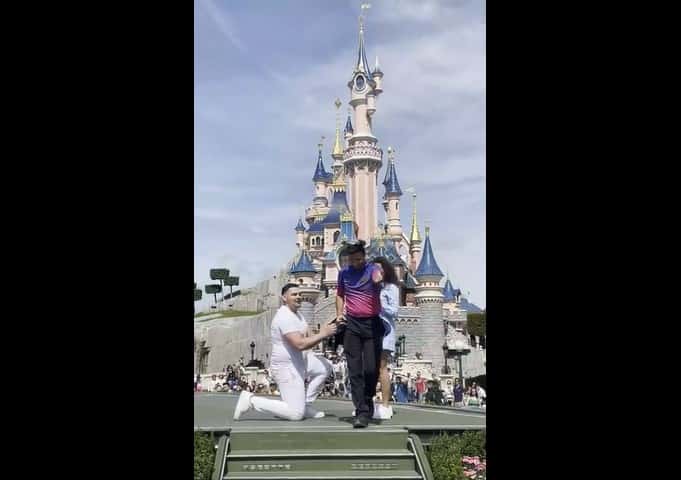 Did this Cast Member make the right move, or should he have waited for them to finish?