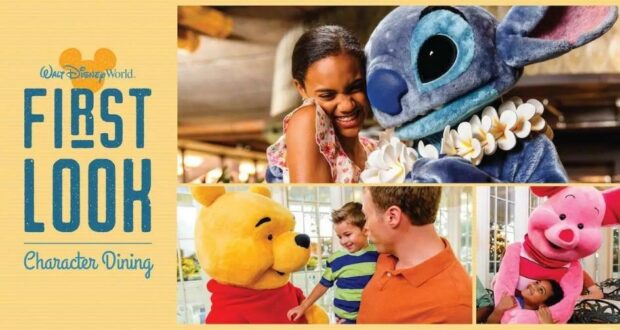 For the first time in forever, more magical character dining experiences are finally returning to the Walt Disney World Resort after a hiatus stretching back over two years.

Across Walt Disney World, some of our guest-favorite restaurants are gearing up to welcome popular pals back, including Stitch for breakfast at ‘Ohana at Disney’s Polynesian Village Resort, Minnie and her friends for breakfast at Cape May Café at Disney’s Beach Club Resort, and Winnie the Pooh and friends at The Crystal Palace in Magic Kingdom Park for both lunch and dinner.

Get ready for some hugs, laughs, and lasting memories because here are the places getting character dining back soon! While certain character dining experiences like Chef Mickey’s at Disney’s Contemporary Resort and Topolino’s Terrace at Disney’s Riviera Resort have been in operation in some capacity, some of the more iconic Character dining options, specifically breakfast options, like ‘Ohana’s and The Crystal Palace have remained shuttered until now.

Here is the order in which these Character Dining experiences will be returning: It should be noted that, at the time of this article’s publication, all of these return dates currently sit outside of Disney World’s 60-day dinner reservation window.

Disney Character Dining–especially a Disney character breakfast has been a staple dining experience of any Disney Park or Disney Resort visit, from Cinderella’s Royal Table and Disneys Grand Floridian Resort and Spa to Tusker House at Disneys Animal Kingdom Park. The return of Character Dining experiences comes shortly after Disney World announced the return of its normal Christmastime celebration and celebrated the 4th of July properly with its jaw-dropping patriotic fireworks displays at Magic Kingdom Park and EPCOT. Normal character meet and greets have also already made their return to the Disney World Theme Parks. All this means is that the Most Magical Place On Earth is continuing to take steps back to normalcy.