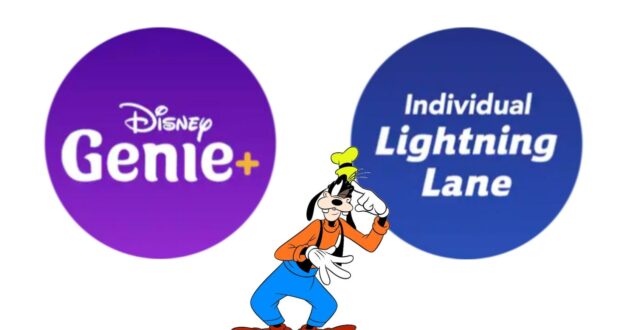 In the few months it has been an active part of the Walt Disney World experience, the new Lightning Lane system–whether via Genie+ or an individual basis–has been met with tremendous Guest backlash.

One of the biggest complaints and mysteries of the FastPass-replacing line-cutting system is the inconceivable lines that Guests still have to endure while paying $20 per person per ride. And this reporter thinks he’s figured out why.

While lines were known to form for FastPass users, they were never as obscene as what Guests have been reporting. This reporter speculates that the culprit is Disney World’s continued restrictions on Guest movement, especially in matters of Park Hopping.

Besides costing Guests extra money, here are the most significant noticeable differences between FastPass+ and Lightning Lane: 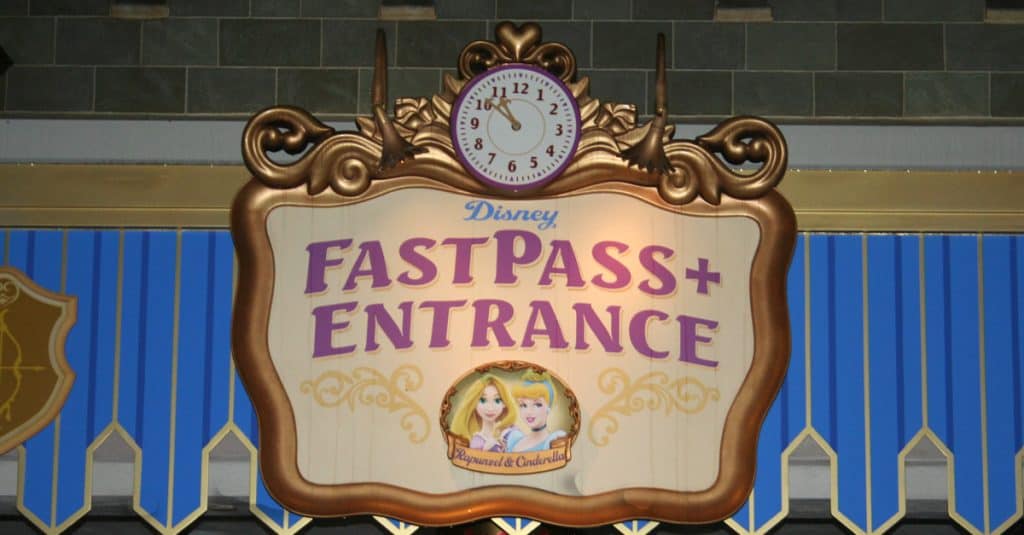 Choice of Time – Disney’s FastPass+ System allowed Guests to choose from multiple available time slots throughout the day, while Disney Genie only gives Guests the next available option on the MyDisneyExperience App. Guests could also secure three FastPasses at once and pick new ones, while Guests can pay for Genie+ once a day and individual Lightning Lane access twice a day. 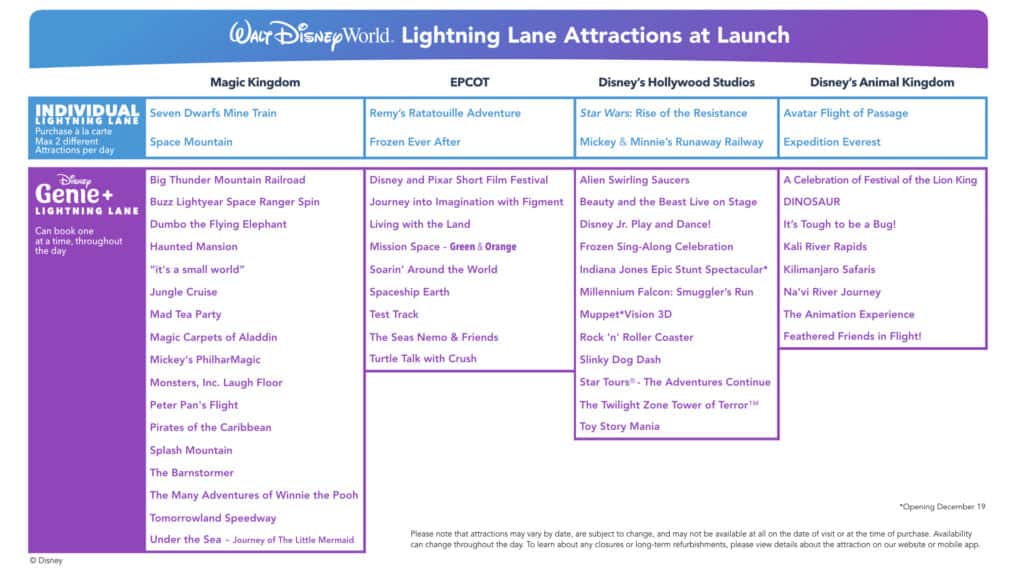 Choice of Entertainment – Disney’s FastPass+ System was offered for several shows and entertainment options that are still unavailable, like Fantasmic! and exclusive seating for Parks’ Fireworks. Limiting Guests to only three FastPasses at a time, the shows and nighttime spectaculars helped stave off demand from the rest of Disney’s FastPass Supply. But there are no such options now with Lightning Lane. Disney also divides the attractions for what is available via Genie+ Lightning Lane and what is only available via individual Lightning Lane access.

Choice of Park – During the days of FastPass+, Guests could Park Hop any time of the day so long their target Park was open. Guest could snag a 12:15 pm FastPass for Soarin’ even if they were starting the day in Magic Kingdom. That is not the case today. Guests looking to utilize Lightning Lane are stuck in the same Park until 2 pm. 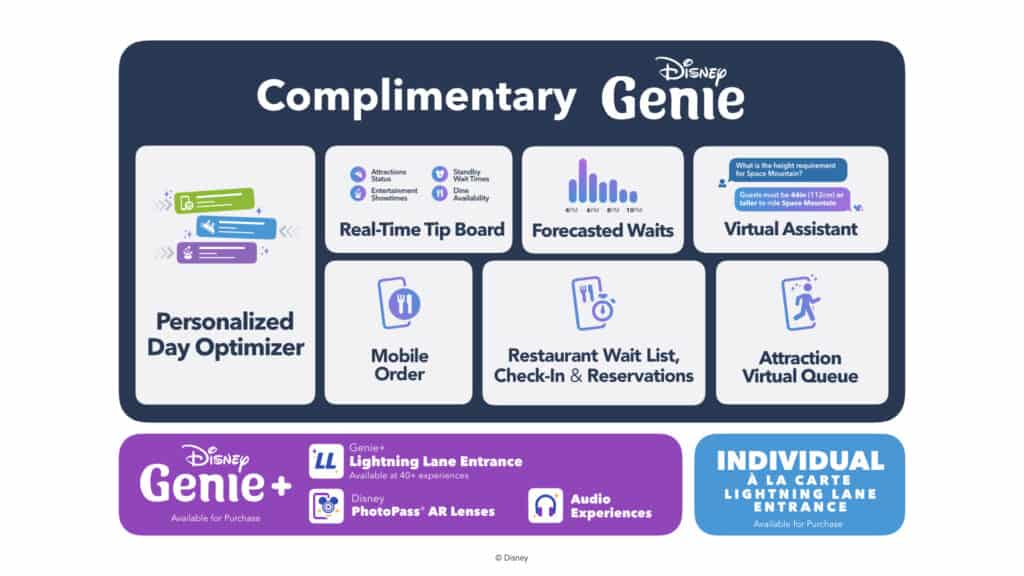 Keeping these three key situational differences in mind, if I were a Disney World Guest with a Park Hopper ticket and starting my day at Magic Kingdom, I would probably use my Genie+ Lightning Lane access at Magic Kingdom. After all, I’m stuck there until 2 pm, and Genie won’t let me cherry-pick an entry time after 2. So, I can either wish that a Lightning Lane opportunity will be available for the afternoon, or I can get first-dibs at Magic Kingdom’s high-demand rides like Seven Dwarfs Mine Train, Space Mountain, or Peter Pan’s Flight.

But, there is an entire Theme Park filled with other Guests with the same sentiments. We are stuck in a Park possibly longer than we would like to be, we settle with whatever Disney Genie wants us to do in order to make the most of our Park time, and there are fewer options available. Combine that decision making with already-massive crowds in the park, it’s no surprise we get massive lines forming for both standby and Lightning Lane. 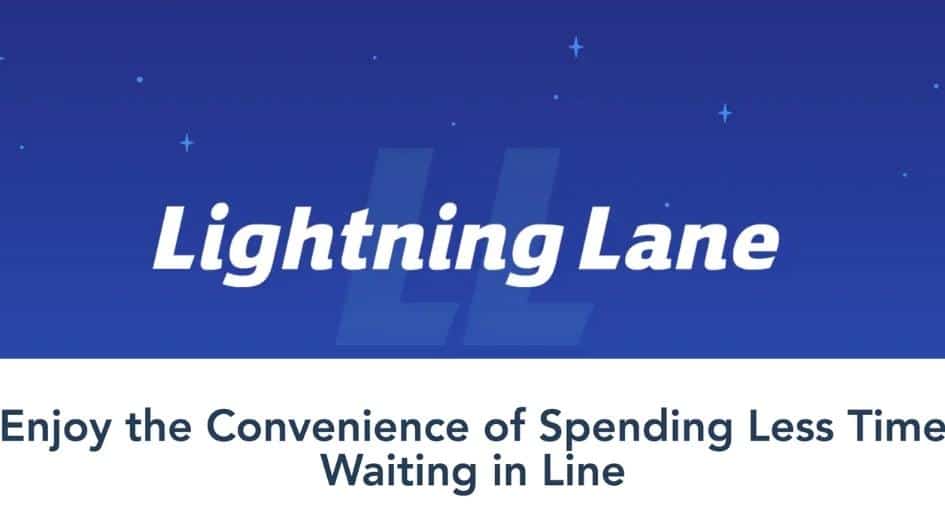 So, perhaps Disney’s Lightning Lane isn’t inherently flawed. It makes sense that Guests would want the free reign of FastPass+ again, but the idea of transforming the line-cutting system into a limited paid service may not be bad technically. It may just be that the lack of control Guests now have over their itinerary, thanks to Genie combined with Disney World’s continued refusal to allow Guests to Park Hop before 2 pm is causing crowds and Lightning Lane lineups foreign to “natural” Disney Guest movement.

If one thing were to change with the system itself, perhaps every show and attraction should be under Genie+ Lightning Lane, so every attraction receives equal choosing as they did with FastPass+.

It should be noted that this is merely speculation, and should not be confused with an actual report on statistical findings related to Disney World’s Genie+ and Lightning Lane Systems.