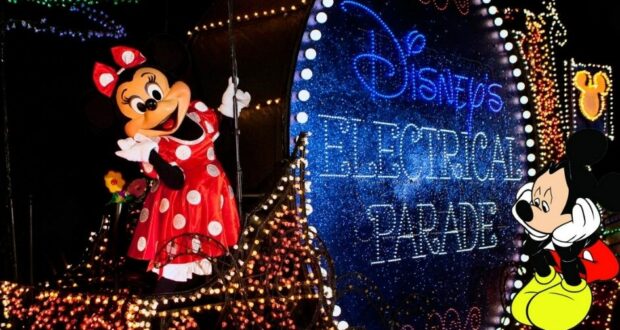 Walt Disney World is preparing for the return of the Festival of Fantasy daytime parade. But, more noticeable is the plea from Disney fans for some form of evening/nighttime parade to return to Magic Kingdom.

With Disneyland’s Main Street Electrical Parade getting an incredible new facelift, we’re ready to see something… ANYTHING… stroll down Main Street, U.S.A. at Magic Kingdom to light up the faces of Disney Park-goers.

Fans are taking to social media to share their waiting woes. @GottaGoOrlando shared an image of the Pirates of the Caribbean skeleton scene with, “They were waiting on Disney announcing an evening parade for Walt Disney World.”

“We Don’t Talk About Bruno” from Encanto (2021) is a perfect reference as @SuperWeenieHtJr notes, “Walt Disney World is Bruno” when Disneyland’s evening parade was announced.

@Schmoofy tweets, “Disneyland: gets a nighttime parade back. Disney World: can’t even open all our restaurants.”

Well, these tweets aren’t wrong. We too are doing our best to wait patiently for nighttime entertainment at Walt Disney World Resort to once again wow us.

Let’s take a look back at Main Street Electrical Parade at Magic Kingdom, shall we? Check out Disney’s video below: