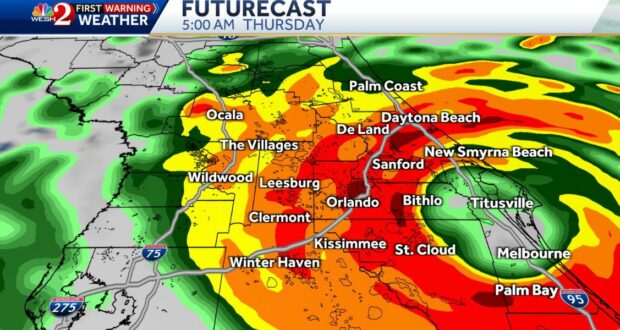 The Walt Disney World Resort, Universal Orlando Resort, and the rest of the Orlando Metro Area are under a Tropical Storm Warning as Central Florida braces for what should be Hurricane Nicole’s arrival in the next two days.

According to the 6 am advisory,

Nicole is moving toward the northwest near 8 mph (13 km/h). A turn toward the west and west-southwest is forecast today and tonight, and that motion should continue through Wednesday. A turn toward the northwest and north-northwest is expected Thursday and Thursday night. On the forecast track, the center of Nicole will approach the northwestern Bahamas today and tonight, move near or over those islands on Wednesday, and approach the east coast of Florida Wednesday night. Nicole’s center is then expected to move across central and northern Florida into southern Georgia Thursday and Thursday night.

The models have shifted more toward this zone for landfall- which means we'll see higher impacts, especially in Brevard.

Heads up friends, today is the day to prep! pic.twitter.com/E0ndL0Ti4R

Tropical Storm Warnings are now in effect for both Disney World counties–Orange and Osceola–which simply means that Tropical Storm force conditions are expected to be in the area within 36 hours.

Currently, Orange County is expected to get sustained winds between 35 and 45 mphs with gusts expected to be as strong as 60 mph.

For our inland areas, the impacts still bring us up to strong tropical storm force gusts… and heavy downpours… pic.twitter.com/XOCEYmWHPm

Nicole’s track is taking her over The Bahamas before arriving on Florida’s East Coast, and that has caused two Disney Cruise Line itineraries to skip their regularly scheduled stop at Disney’s Private Island destination, Castaway Cay. A stop in Nassau also had to be changed to be a stop in Cozumel, Mexico. Click the link below to read our latest coverage of that story. 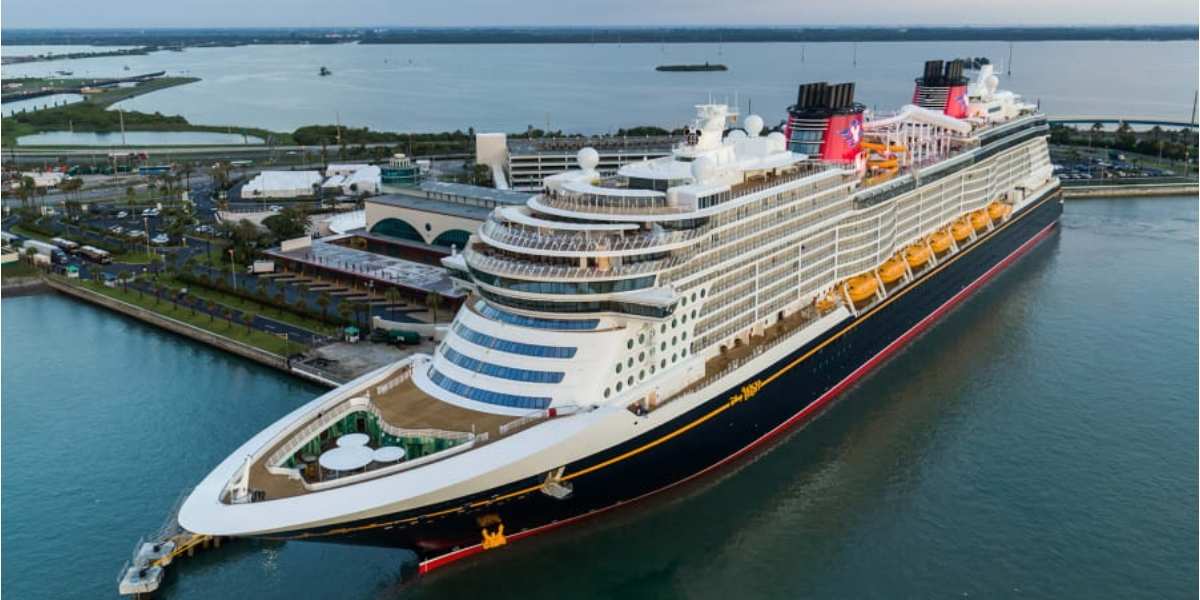 For all would-be Guests that are set to arrive at The Most Magical Place On Earth sometime this week, we advise you to stay in contact with The Walt Disney Travel Company or your Authorized Disney World Travel Planner for the most up-to-date information regarding your vacation. Specifically what cancellation or rescheduling policies are available.

That being said, is should be noted that the Walt Disney World Resort is one of the safest places to be in Florida when facing down a hurricane, and, as we saw with Hurricane Ian, many special magical moments are still possible to be had.

We at Disney Fanatic will continue to update our readers on this storm and how it can affect your Disney World vacation as more developments come to light.