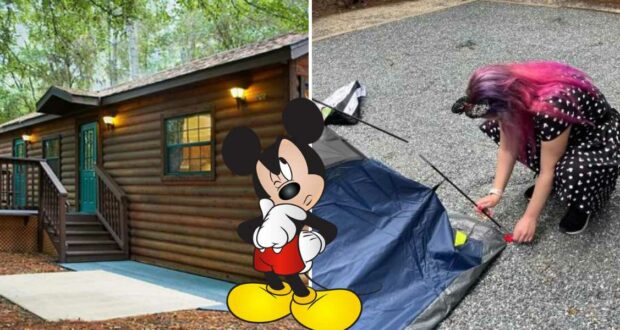 A first-time camper reviewed Disney’s Fort Wilderness Resort and found a lot of the resources at the Disney Resort lacking.

The Walt Disney World Resort is home to magical Theme Parks, Water Parks, and Disney Resorts that Guests can stay at and enjoy a Disney vacation. Be it Magic Kingdom Park, Disney’s Hollywood Studios, Disney’s Animal Kingdom, or EPCOT, Guests flock to the Disney Park to enjoy the many rides and attractions. Many Guests also choose to stay on property at one of the wonderful Resorts to really have the whole Disney experience.

Of these Resorts, one that is known to be more cost-friendly and fun for those who choose to rough it out in Florida’s wilderness is Disney’s Fort Wilderness Resort & Campgrounds, which offers anything from luxe cabins to camping plots that cost less than $100 per night. The campsites are also close to Magic Kingdom Park making it a good choice for families who enjoy this kind of experience.

But one Guest recently reviewed the Resort for Yahoo! News, and it wasn’t great.

Jenna Clark has stayed at almost every Walt Disney World Resort hotel and wanted to check out, despite never camped previously, if the savings were worth sacrificing the Disney Resort experience. 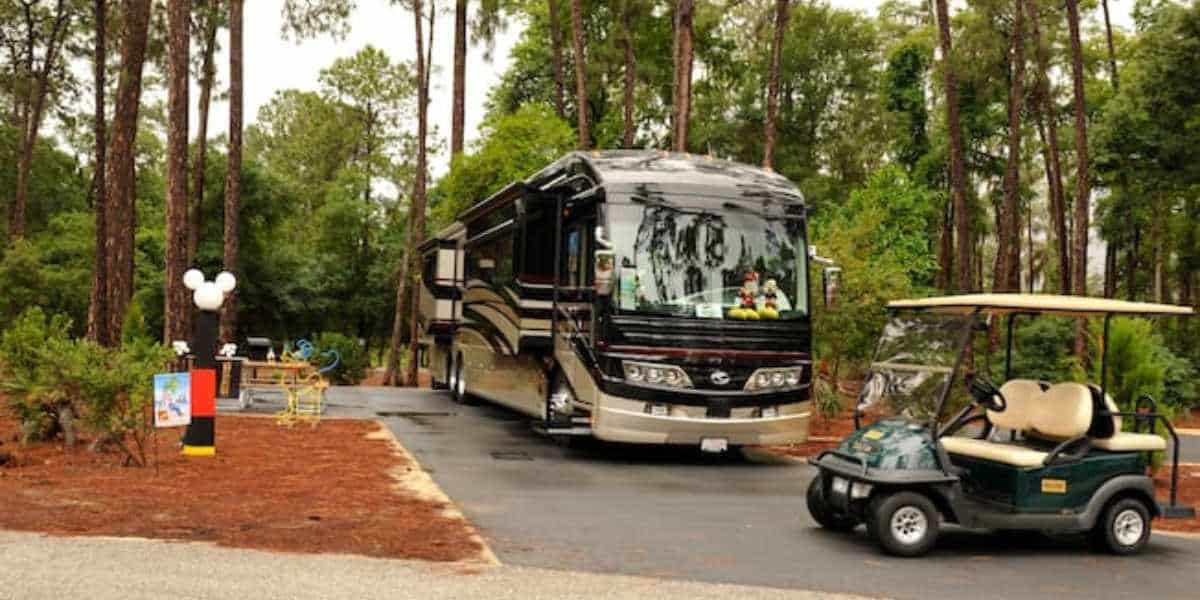 Clark shared that she booked a two-night stay at the Disney property for the beginning of November. It cost $92 per night and $207 total after taxes. Initially Clark described the check-in process as “seamless.” She found her campsite quickly and was even impressed with the size of the campsite. Problems arose when Clark tried to rent a tent from Disney, as she said the website listed it as a possibility but with no clear instructions.

She goes on to detail,

When I contacted a cast member through the online chat, he said Disney rents out tents but doesn’t set them up and that he couldn’t tell me how to rent the tent or how much it would cost. Instead, he provided me with a phone number to call.

I called the number and was on hold for an hour. I then reached a cast member who said they don’t believe Disney has tent rentals, then transferred me to a different line. After 30 more minutes of being on hold, another cast member told me Disney doesn’t do tent rentals. 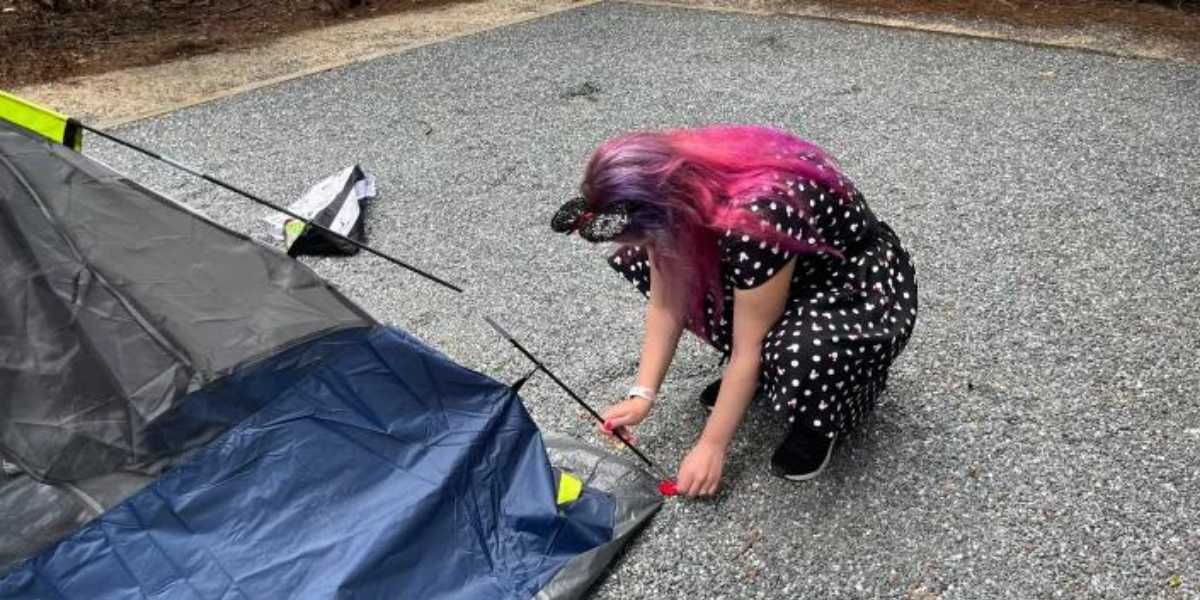 This was also only the beginning of Clark’s struggles. She continued,“when it came time to blow up the air mattress, we realized that we pitched the tent too far away from the electrical outlets,” she wrote. “Since it was my first time camping, I didn’t think about the importance of the location where we pitched our tent because I was just eager to get it up.”

While another Guest loaned them an extension cord, which helped the situation, they then also realized that the queen mattress barely fit inside the four-person tent, which they intended to house three people. Her troubles also went on to include finding the internal bus-system confusing and noting the tent leaked in the corners when it, unfortunately, rained during their trip. 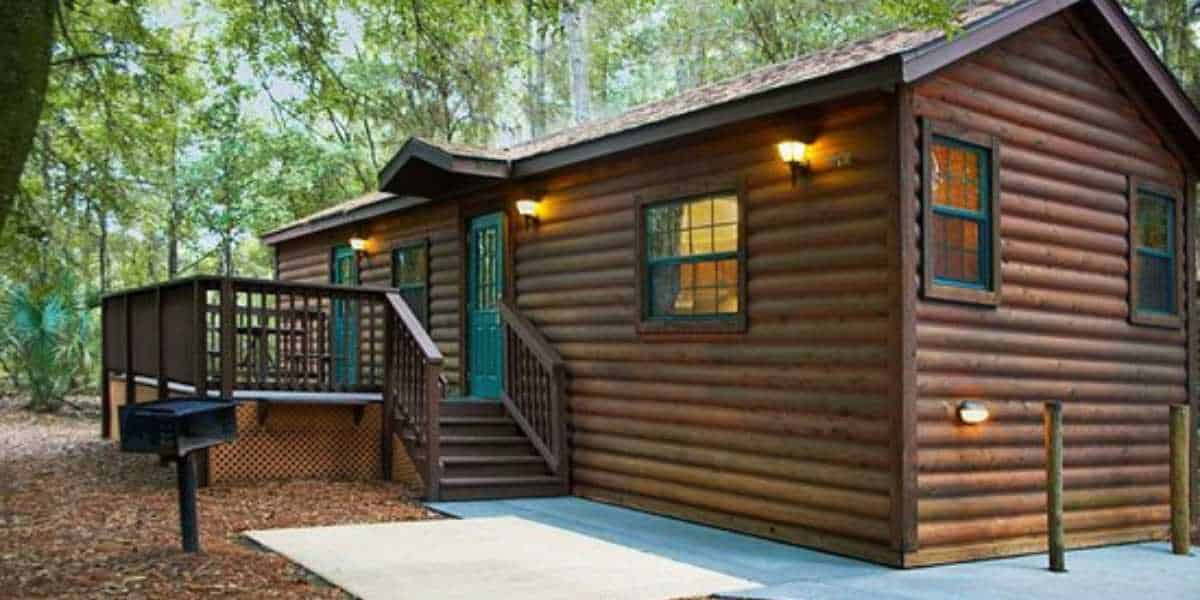 Finally, Clark concluded, “Though I mostly enjoyed my time camping — especially because I was with my sister and friend – I would never do it again. Camping might be a cost-effective option for those who have equipment already, but I spent $313 on supplies — tent, air mattress, sheets, lantern, mosquito-repelling supplies — in addition to the $207 fee for my campsite,” she continued. “I also spent $67 to rent a golf cart, which ended up being essential for getting around.”

She ended by saying she preferred a proper vacation where she could relax and would instead pick one of the other Disney Resorts over this one in the future. 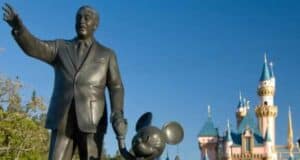 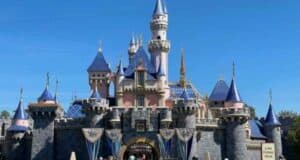 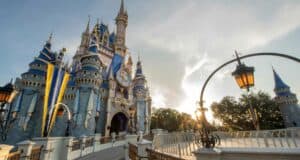