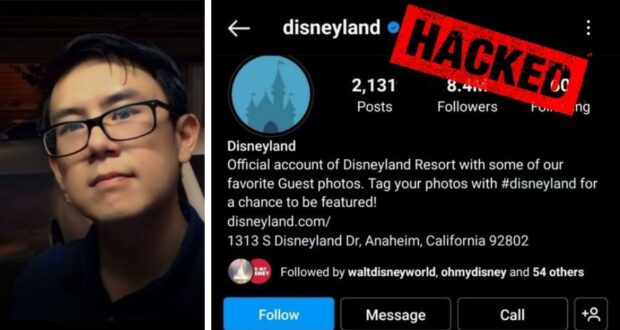 It appears that Disneyland Resort’s Instagram account was hacked by the self-described “super hacker” David Do, who posted multiple racist and homophobic comments.

According to CBS, “The Disneyland Resort Instagram account was briefly hacked early Thursday morning by a self-proclaimed “super hacker.” The hacker, who says his name is David Do, created multiple posts on the official account filled with racist and homophobic slurs.”

CBS News shared a screenshot of one of the Instagram posts in which he introduced himself. Do said:

“My name is David DO ! I am a super hacker that is here to bring revenge upon disney land, I am F—– tired of all these n—- Dinsney employees mocking me for having a small p—. WHO’S THE TOUGH GUY NOW JEROME? GET HACKED YOU F—- F—-“ 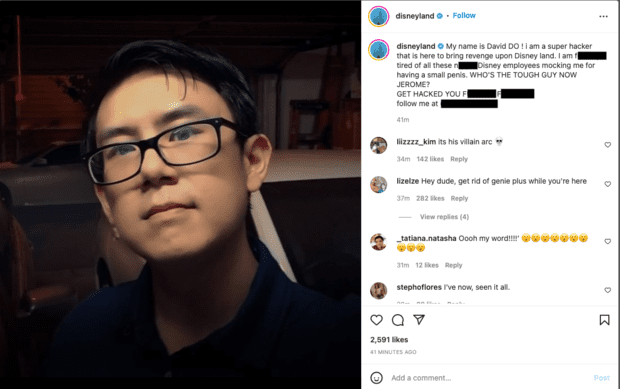 We at Disney Fanatic recently shared the news that the Disneyland Resort’s social media was hacked in the early morning of Thursday, July 7, but the posts were removed before we could gain more species on the story, especially who was responsible. Now we know. We also know now that the Disneyland Resort account was temporarily taken down and reemerged with none of the hacker’s posts. The Disneyland Resort’s official Instagram account has over 8 million followers, and it is unclear just how many were exposed to these posts. We will continue to monitor this story specifically for further details. 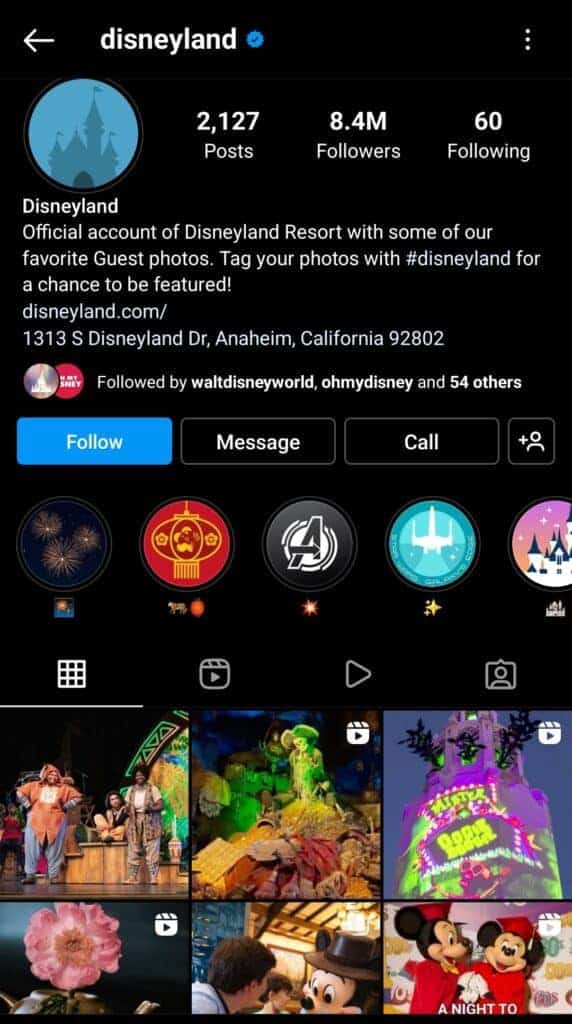 Disneyland still has yet to release any statement or comment on the matter. Once again, other Disney Parks’ social media accounts, as well as the official Disneyland Resort website, remained untouched by this hacking incident.