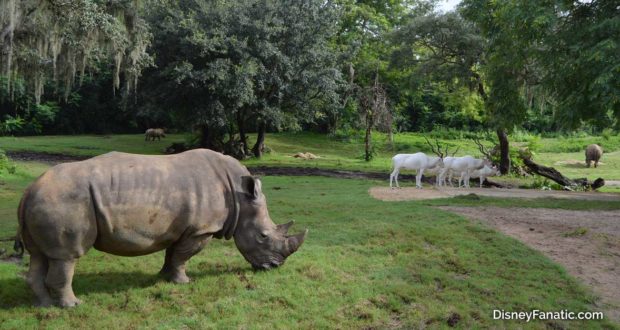 Disney Expands Its Efforts to Save Rhinos 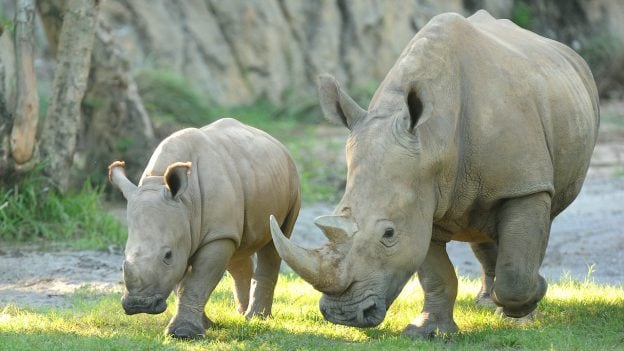 Walt Disney World is known for many things: its characters, its attractions, its music, its food–but Disney also has an impressive conservation effort underway, and Disneynature often works to help our imperiled planet! Now Disney is teaming up with collaborators from Disney’s Animals, Science and Environment team, The Wilds, George Mason University, the South-East Zoo Alliance for Reproduction & Conservation, The Center for Conservation and Research of Endangered Wildlife (CREW) at the Cincinnati Zoo & Botanical Garden, and the Animal TB Research Group from Stellenbosch University, South Africa to focus on rhino conservation. Rhinos continue to be in serious danger, with a severely dwindling population, due to illegal poaching. Disney and its collaborators are trying to focus on maintaining and growing rhino populations in captivity, in order to keep the species from extinction. 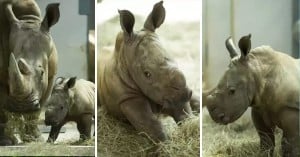 Disney’s rhino family can be seen by Disney Guests on Kilimanjaro Safaris in the Animal Kingdom, and a new baby rhino was just born! Through the “Species Survival Plan, which is overseen by the Association of Zoos and Aquariums to ensure the responsible breeding of endangered species”, Disney is able to steadily grow and support its rhinos. There have been 12 southern white rhinos born at Disney’s Animal Kingdom Theme Park so far, and another is due later this year.

The group that Disney is joining has “four priority areas identified by the Association of Zoos & Aquariums’ (AZA) Rhinoceros Research Council in 2019: the physical fitness of rhinos and its role in their overall health of rhinos, the iron storage in browsing rhinos, the reproductive success of rhinos, and how behavior and environmental factors may help the well-being of rhinos”.

By focusing on four different categories, Disney and its collaborators hope to develop “a holistic view of how to ensure the best care of rhinos in accredited facilities”. There are 74 AZA facilities with rhinos right now, and the research will continue for at least three years! Are you familiar with Disney’s conservation efforts?