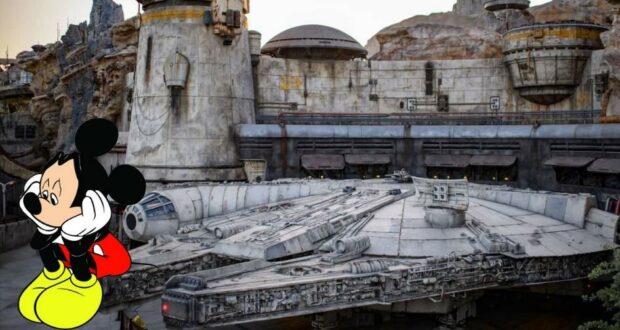 Among the recent breakdown complaints from Disney Park Guests, one stands out from the Star Wars attraction.

Being at a Walt Disney World Resort and Disneyland Resort Theme Park is an experience worth documenting. With many an attraction and ride imagineered to give Guests the ultimate Disney experience they’re looking for, a Disney Park is designed to be a time worth writing home about. Guests at Magic Kingdom Park, Disney’s Hollywood Studios, Disney’s Animal Kingdom, Disneyland Park, or Disney California Adventure frequent the Theme Parks to get their fill of the amazing attractions.

Star Wars: Rise of the Resistance, located in Star Wars: Galaxy’s Edge, is one of Disney’s most ambitious and high-tech attractions yet. The ride features multiple systems and amazing animatronics. Per Disney, Guests can “join the Resistance in an unforgettable battle against the First Order on this exciting ride.”

But things don’t always go according to plan.

Due to its high-tech nature, Star Wars: Rise of the Resistance is known to have multiple breakdowns and closes fairly often. Guests often report frustration at long wait times for the ride in Star Wars: Galaxy’s Edge in Disney’s Hollywood Studios.

Recently, a different portion of the ride broke down and led to a lackluster pre-show.
Check it out:

B-mode for the briefing room. No BB-8 animatronic or even the Rey hologram?! #WaltDisneyWorld pic.twitter.com/hLW4ubPNfR

For anyone unfamiliar, the ride experience starts when Guests enter the queue. While waiting in line, Guests will encounter BB-8 as well as a holographic Rey. But, both of these effects were reportedly not working.
While there was no official word on why this was in fact the case, Disney Cast Members likely rectified the situation as fast as they could.
The Star Wars: Rise of Resistance attraction is:

An Attraction on a Scale That Is Impressive, Most Impressive

Star Wars: Rise of the Resistance is a massive attraction with multiple ride systems that is unlike anything you’ve ever experienced at Walt Disney World Resort… or anywhere else in the galaxy!