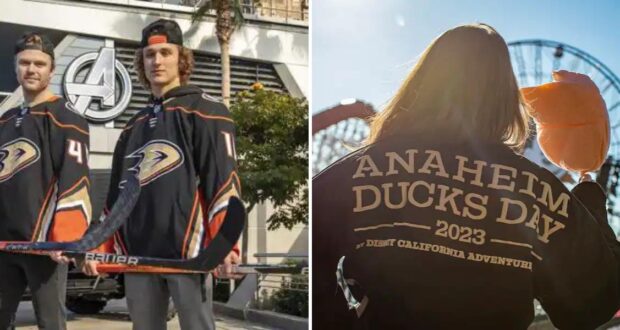 Before they were the Anaheim Ducks, they were The Mighty Ducks of Anaheim. The Walt Disney Company, under then-CEO Michael Eisner, made the 90s hockey movie franchise a reality by adding a real-life team to the NHL. And while Disney sold the team in 2007, its connection with the team lives on. On January 12, several current Ducks will visit The Disneyland Resort for a special fan event called “Ducks Day.” 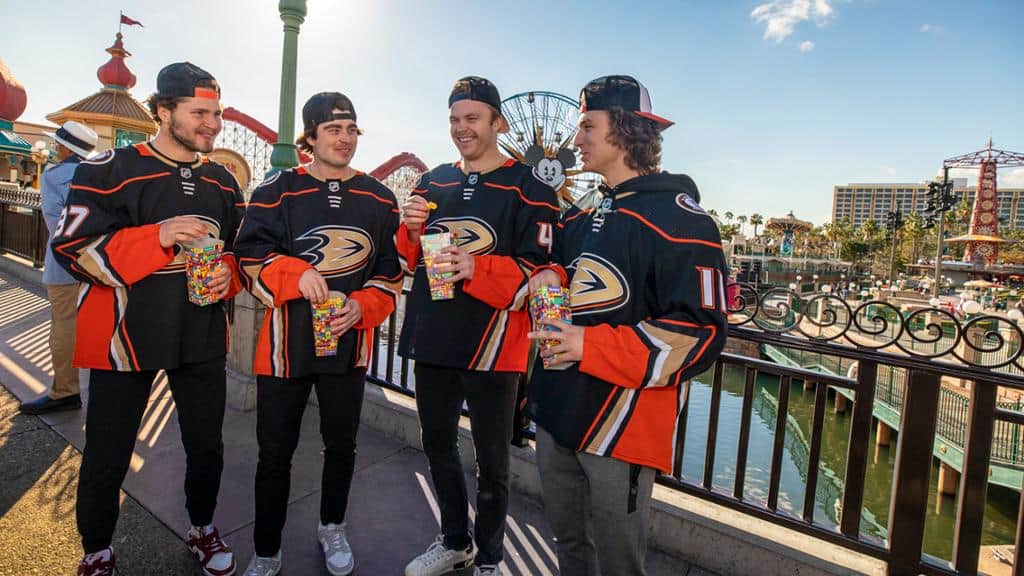 Fans will have the opportunity to celebrate Anaheim Ducks Day at Disney California Adventure Park by taking part in special hockey activities, photo opportunities, limited edition themed merchandise and fun themed experiences. Beginning at 8 a.m., fans will have an opportunity to test their hockey skills with special themed activities and take part in interactive photo opportunities at the Fan Zone located at the Hyperion Theater courtyard. Ducks fan-favorites DJ JoJo and DJ Schmitty, Power Players, Street Team members and mascot Wild Wing will be on site for the festivities throughout the day.

The day’s schedule has also been released, and it includes the following, Also on January 12, and January 13, festivities will continue in the Downtown Disney District with special fans experiences available between Splitsville Luxury Lanes bowling alley and Tortilla Jo’s restaurant. This experience will be open from 12 noon – 6 pm. Special merchandise and treats will also be available. Valid Theme Park admission for Disney California Adventure and Park Pass Reservation are required for participation in the January 12 activities, but no Park admission is required to visit Downtown Disney.