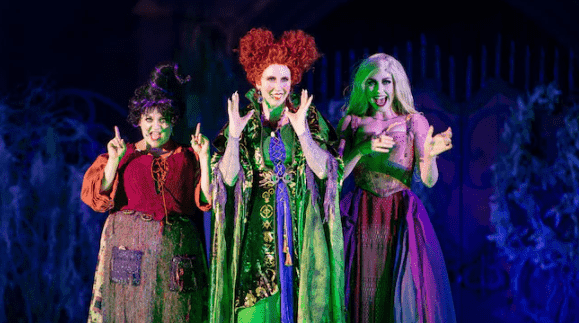 Disney just announced the return of Mickey’s Not-So-Scary Halloween Party to the Magic Kingdom for select dates this fall, much to the excitement of fans who have missed this classic seasonal event during its two-year hiatus. With the event now replacing last year’s Boo Bash After-Hours party, and with new offerings exclusive to this year’s party as it takes place during the 50th anniversary of the Walt Disney World Resort, we wanted to share more of the details for the fall festivities. Here is everything you need to know about this year’s Mickey’s Not-So-Scary Halloween Party at Walt Disney World. 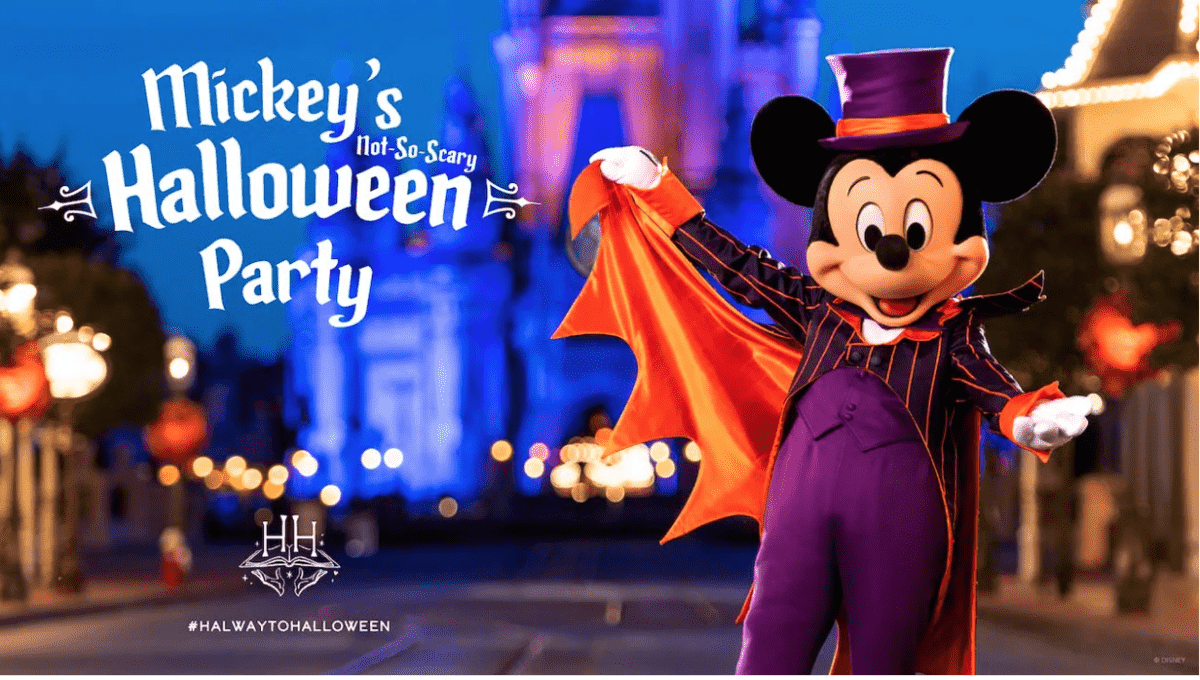 Complete dates for this year’s event per the Disney Parks Blog are as follows: 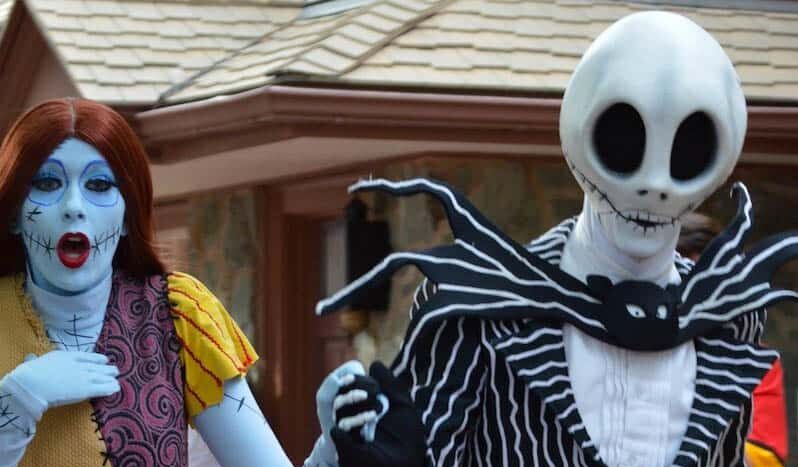 If you are not sure which date you’d like to plan on getting tickets to Mickey’s Not-So-Scary Halloween Party, keep in mind that earlier dates and weeknights are generally less crowded than later dates and weekends, with Halloween night and the surrounding dates typically selling out well ahead of time.

Lots of fan-favorite events and activities are returning to Mickey’s Not-So-Scary Halloween Party this year! Mickey’s Boo-To-You Halloween Parade will return featuring floats with Disney characters all dressed up in their favorite Halloween costumes plus iconic Disney villains and characters from the park, including the gravediggers from the Haunted Mansion.

Ahead of Mickey’s Boo-To-You Parade, the Headless Horseman will once again ride along the parade route from Frontierland, through Liberty Square, and down Main Street U.S.A.

On the Cinderella Castle Stage, Guests can experience the Hocus Pocus Villain Spelltacular, featuring the iconic Sanderson Sisters from the 1993 Halloween classic as they conjure up the perfect party potion with the help of some sinister Disney villains.

For Fireworks, Disney’s Not-So-Spooky Spectacular returns with a show hosted by the Pumpkin King, Jack Skellington, packed with projections and special effects mixed with exciting fireworks and music.

And, Guests will find the “Cadaver Dans” performing as a spookier version of their usual “Dapper Dans” barbershop quartet in Frontierland.

Activities Around the Park 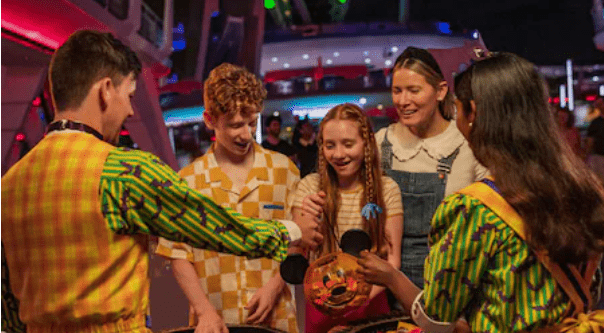 Of course, it isn’t a Halloween party without trick-or-treating, and this year Guests of all ages are invited to dress up and set out to trick-or-treat at select locations around the Magic Kingdom. Candy this year includes M&Ms, SKITTLES, and SNICKERS, alongside other favorites, and special for the 50th anniversary of Walt Disney World, Guests will receive a special reusable Halloween treat bag.

Overlays on classic Magic Kingdom attractions were a popular component at the last Mickey’s Not-So-Scary Halloween Party in 2019, and Disney has confirmed that themed overlays will return for Space Mountain, the Mad Tea Party, Pirates of the Caribbean, and Monsters, Inc. Laugh Floor.

Character meet and greets are a staple of any Halloween party in the Magic Kingdom, and while details are not yet confirmed for this year’s specifics, we are confident in sharing that Mickey, Minnie and friends will be on hand in their Halloween costumes, as well as Jack Skellington (he hosts the fireworks, after all!) We will be back with updates as we learn which specific characters will be at this year’s party.

PhotoPass Magic Shots are another fun activity available during Mickey’s Not-So-Scary Halloween Party, and this year’s offerings will be enhanced with exclusive step-in photo ops just for the 50th anniversary, as well as a commemorative print for Guests. 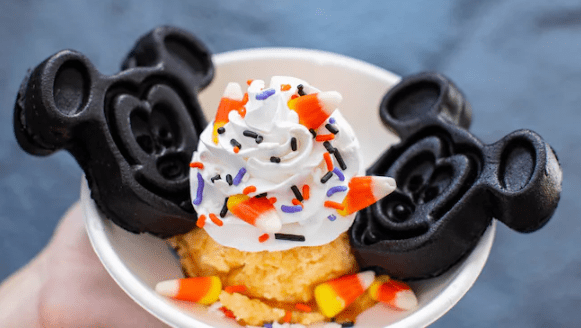 As if candy isn’t enough during the Halloween season, Mickey’s Not-So-Scary Halloween Party comes will a full lineup of exclusive sweet and savory options only available at this event. Details have not yet been released, though we have a hunch some of the “Halfway to Halloween” treats might make an appearance. In the past, Halloween parties have offered everything from Hades-inspired nachos, to pumpkin milkshakes and Mickey waffles. We will keep you posted on new details for Halloween snacks as we learn more.

Mickey’s Not-So-Scary Halloween Party will feature exclusive merchandise for the event, with items like tees and spirit jerseys for kids and adults plus event-specific pins available for purchase. Additional Annual Passholder exclusive items will be available, and we will be back with merch details as we have them.

Tickets for this year’s Mickey’s Not-So-Scary Halloween Party go on sale May 18, and run $109-199 per person, an increase from previous years, at least depending on the date of your past visits to the event. To order tickets, visit DisneyWorld.com or call 407-939-4240.

Guests staying at select Walt Disney World Resort hotels will have earlier access to purchasing tickets beginning on May 12, 2022. Savings of $10 per ticket are available for Disney Annual Passholders and Disney Vacation Club Members for select nights.

We hope this helps you plan your fall trip to Walt Disney World. Happy Halloween!