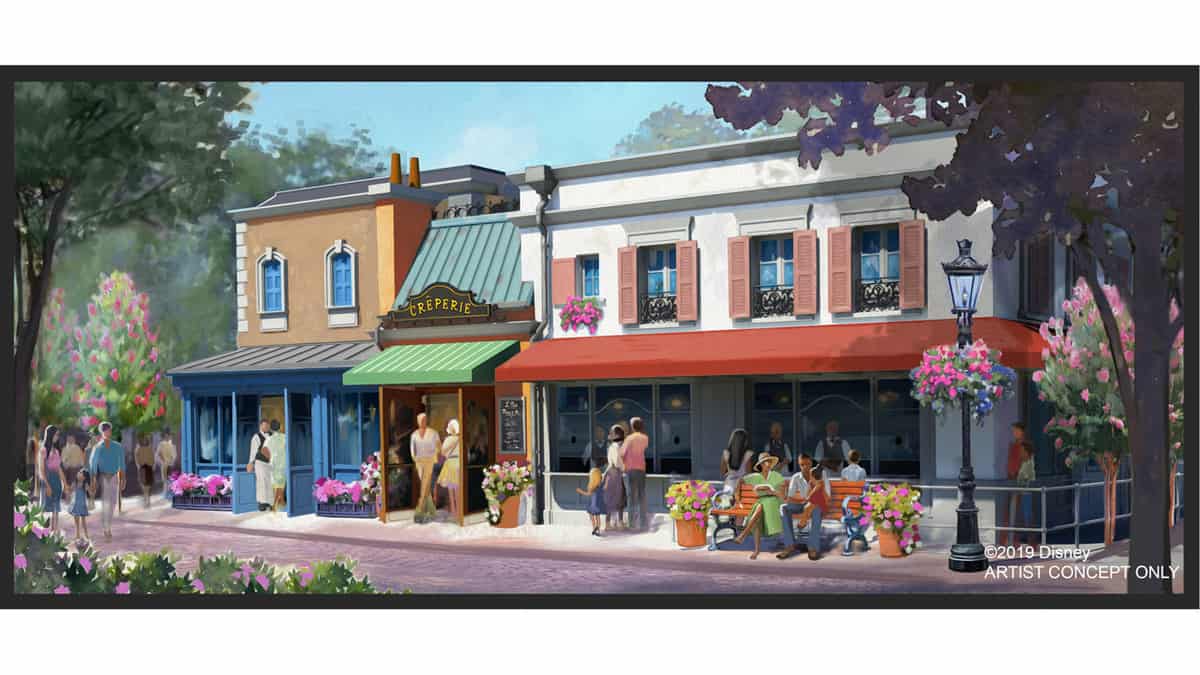 Another culinary development in the works within Epcot’s World Showcase will be the future opening of a brand new, authentic crêperie over in the France Pavilion. Already the site for numerous groundbreaking projects in the works, including developments for new attractions such as the announced Beauty and the Beast Sing-Along Experience and Remy’s Ratatouille Adventure, this new crêperie is to be located in nearby proximity to the latter attraction.

Doing double work as a quick service location for those on the go as well as offering full table service for those looking to sit down and unwind, the new crêperie will feature a menu inspired by France’s Brittany region and will be brought to life by renowned celebrity chef Jérôme Bocuse. There is currently no word of official name or opening date for this new crêperie, but construction is rapidly underway and things are already shaping up nicely.

Nearby Disney Springs has had its fair share of recent restaurant openings along with announcements for even more to come. One such establishment guests are already eager to experience is City Works Eatery & Pour House. An extension of the popular Chicago-based chain founded in 2011 by Bottleneck Management, this Disney Springs location will open on the West side, serving as a convenient food and drink stop for those who come out to enjoy the newly open NBA Experience as well as other shoppers and explorers out and about on the Disney Springs scene.

City Works will feature both indoor and outdoor patio seating, as well as plenty of state-of-the-art high definition flat screen televisions and audio to ensure diners don’t miss a thing in the world of sports and entertainment. There will even be an entire video wall of televisions! As for the menu fixings, diners will delight in the restaurant’s superb gourmet offerings of traditional American eats done up “with a twist,” as well as a broad range of superb drink selections to boot. These include over 90 local and global varieties of beers on tap along with plenty of other spirits, some of which will include rare special tappings from breweries all around the world. City Works Eatery & Pour House is slated to open in January 2020.

City Works Eatery & Pour House isn’t the only establishment of Chicago-based origin preparing to make a grand opening at Disney Springs this coming year. Official announcements came back in August that Lettuce Entertain You Enterprises had plans to open a brand new “neighborhood” family-friendly restaurant in Disney Springs West Side.

The new restaurant, Beatrix, will occupy the site of the recently closed Bongo’s Cuban Café and feature a compilation blend of both traditional comfort foods as well as health-conscious specialties, including vegetarian/vegan cuisine, gluten-free selections, and even fresh-squeezed juice cocktails. While operating as a table service restaurant, Beatrix will also sport a bakery with grab-and-go items as well as a full-service bar boasting all-American beer and wine selections. At this time we still do not have an official opening date slated for Beatrix.