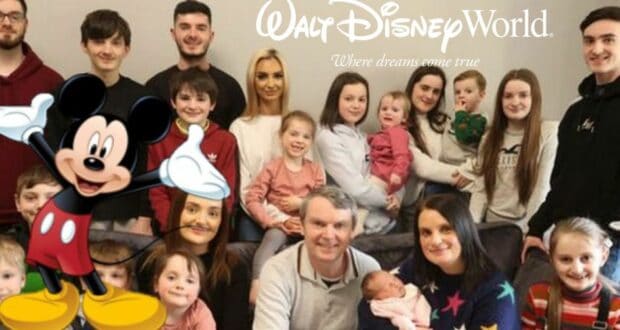 Family Prepares to Pay $1,000 Per Meal at Disney

It is no secret to Disney fanatics and frequent Walt Disney World Resort or Disneyland Resort visitors that prices have increased for anyone who is visiting a Disney Park or a Disney Resort. Some Disney fans have actually renounced Disney because of the price increases (among other things).

Still, one British family is determined to visit Disney despite the high prices — and despite the fact that their family’s large headcount means every meal could cost over one thousand dollars!

The Radford family is not just any group of people who are uniting for a Disney vacation; they are the largest recorded household in Britain and the stars of the British television show 22 and Counting (which might remind some American viewers of the show Jon and Kate Plus Eight)! With 24 people in total, parents Sue Radford and Noel Radford are in for a pricey Disney trip since they are bringing all 22 of their family members along for the journey.

The Radfords are devout Disney fans who actually just visited Walt Disney World Resort in April, but apparently, they’re back for more and high prices won’t stop them! “Managed to book these dining experiences in,” mom Sue Radford said on Instagram as she shared her strategy for booking meals of epic proportions.

Sue Radford booked the Fairytale Dining Lunch at Cinderella’s Royal Table and the Be Our Guest Dinner for her family, creating three different booking sessions for each meal. Apparently, for lunch, she booked a 2:30 pm meal for eight family members, as well as a 2:45 pm slot for eight more people and a 2:50 pm meal for the remaining six individuals. 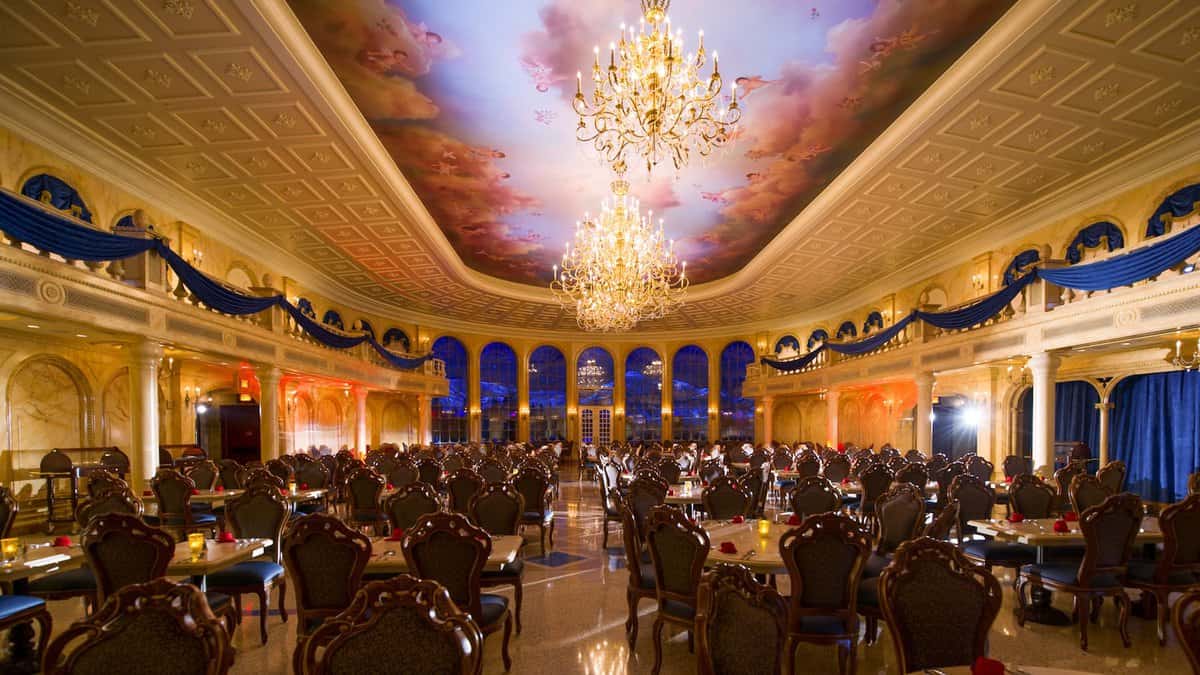 The Be Our Guest restaurant in the Magic Kingdom. Credit Disney

The mother of 22 also had to adopt a similar strategy for dinner, with three different bookings between 6:40 pm and 7:10 pm.

Despite the inconvenience and the fact that only six Radford children are under six years of age (meaning everyone else will be charged adult fees for meals), Sue Radford cheerfully said the following on Instagram: “Is there a better feeling than booking in Park days?”.

According to these calculations, the Radford family’s meals will cost £900 (approximately $1050 in American currency). Would you take your family on a trip to Walt Disney World Resort if your meals cost that much money daily? Have you seen the British show 22 and Counting, or do you prefer shows like Doctor Who (which may be a Disney show soon) or Love Island?