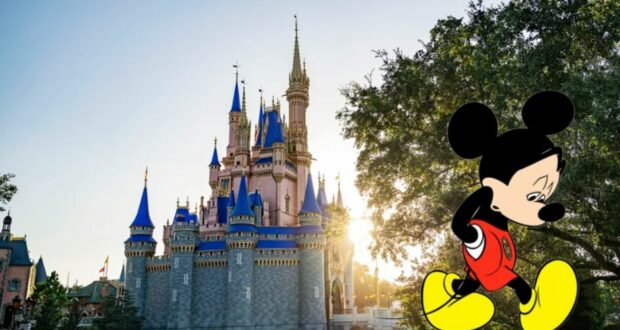 It’s an interesting time to be a Disney fan. With the highs come the lows, and the Disney fandom seems to be feeling the lows as of recently. One family shared that after 11 years, they are canceling their Walt Disney World Annual Passes. Here are the factors they source as why.

Insider recently shared a post about a family that has reached their “breaking point” with Walt Disney World. “As Florida residents, we’ve had seasonal silver annual passes for the past 11 years, but this time we will not be renewing them. This was a tough decision for us even though the passes cost us a whopping $2,100 in 2021.”

When COVID closures occurred in 2020, it seemed like Walt Disney World returned but with a reset button on several Disney experiences.

The family sources “crowds” being a factor in their decision to cancel their Annual Pass – and we get it. It seems like there are no more lulls in crowds at Walt Disney World at any of the four Parks as well as Disney Springs.

It may be the after-pandemic rush for people to break out of their homes finally, but we’re not sure. Disney does have the Park Pass Reservation system they boast of controlling crowds, but it doesn’t seem like it is working.

The family notes, “the days of impromptu Disney trips are long gone because of the park-reservation system.” So while, yes, we appreciate the Park Pass Reservation system‘s attempt to help control crowd levels, all it really seems to do is pull back any chances (especially for locals) to drop in for an easy visit to the Parks.

As a local, it’s not uncommon to drop by Magic Kingdom Park for a couple of rides and dinner after work… but now you have to check to see if you can get a Park Pass Reservation to do so.

Unfortunately, this is especially difficult for Annual Passholders as Disney limits the number of Park reservations Guests can have at one time.

Yes, we hear you loud and clear on this one! The complimentary FastPass System is gone and has been replaced with an odd three-piece puzzle, including the Disney Genie, Disney Genie+, and Individual Lightning Lane attractions.

The system is complicated for the die-hard Disney fan to understand, and surely it would perplex anyone that hasn’t visited Walt Disney World Resort since the pandemic.

The Disney Genie+ is also $15 per person daily and only promises two to three attractions to skip the standby line daily. Individual Lightning Lane attractions range in price depending on crowd levels but could cost up to $17 per person for one attraction, such as EPCOT’s Guardians of the Galaxy: Cosmic Rewind.

To make matters worse, the timing of purchasing Disney Genie+ and Lightning Lane attraction (along with a virtual queue) can be complicated, with multiple phone alarms set to ensure you can get the ride your want.

Everything – we mean everything – is now done through the My Disney Experience App. While the App is convenient to have right at your fingertips, Guests will want to be sure they have their phone chargers ready as they will be needed.

Some restaurants won’t allow Guests in without Mobile Ordering. Checking out at Disney stores is encouraged via Mobile Check-Out. Park wait times and Disney Genie guidance is all on the app.

And now, Walt Disney World just introduced its brand new MagicBand+, which has been met with some rough reviews.

Technology is ramped up at Disney, meaning detaching from your phones while in the Parks isn’t to be expected.

The family notes, “I feel like there are even fewer interactions with employees.”

There have been several staffing shortages as Disney worked to bring Cast Members back after the pandemic. But, yes, in general, we too feel like there are fewer and fewer of those memorable interactions with Cast Members.

Cast Members seem very busy and are surely exhausted having to deal with the multiple questions and complications these new Park changes have likely added to their plate.

Spending hard-earned money is difficult, but when a Guest feels value in spending it, it’s much easier to let go of.

Lastly, the family says their farewell with:

“I’m incredibly thankful we were able to make that dream a reality for my girls for a while, but after 11 years I’ve reached my limit. I am heartbroken to say goodbye to Disney World, my happy place, and I cried over the decision not to renew our annual passes. But it’s time for my family to move on. I’m sure we’ll be back one day, but now it’s time for us to find a new place to make memories.”

Have you had similar thoughts on these factors for this family to say goodbye after 11 years?

While we know Disney is in a lull at the moment, we have high-hopes Disney fans can hold onto that pixie dust and keep the magical spark alive and well!